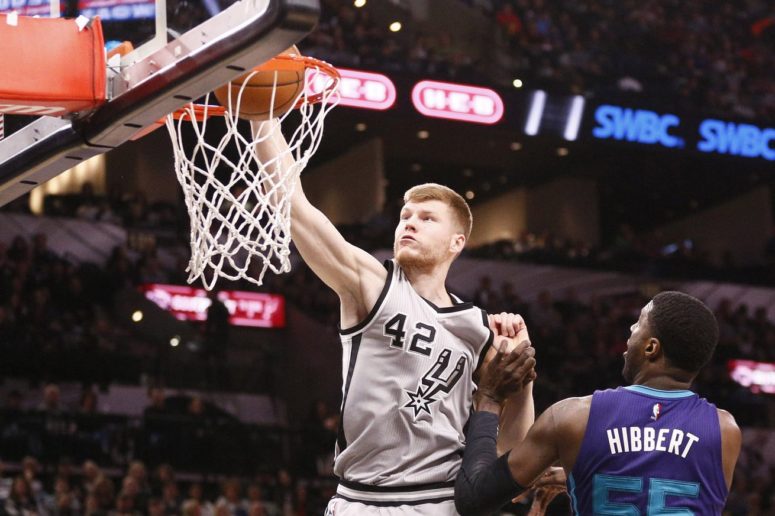 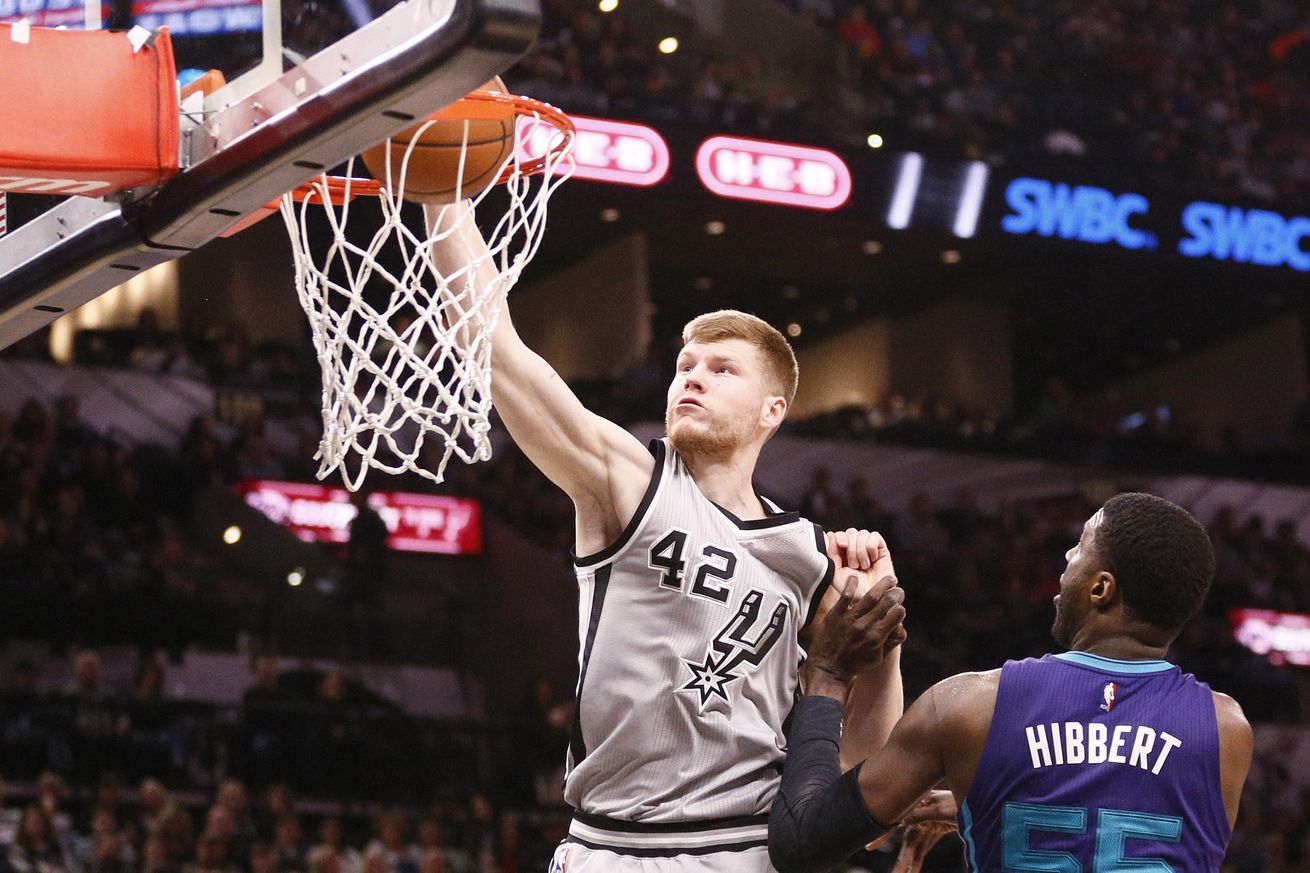 The Latvian forward finally made his way across the Atlantic and wasted little time in showcasing his potential.

The 2011 draft not only brought Kawhi Leonard to San Antonio, it also netted one of the team’s more promising young pieces in the lengthy, smooth-shooting Davis Bertans.

That Bertans made it over at all is a product of his hard work and patience, with multiple serious knee injuries set him back in his early 20s. Yet upon arriving, five years after being drafted, it hardly looked like he’d been robbed of any bounce or athleticism.

Bertans does a number of other things pretty well, but one thing very well: shoot the ball. Pairing an elite skill with a high basketball IQ made him playable earlier than many rookies we’ve seen come through San Antonio. He had multiple double-digit scoring games in his first month and remained in the mix to see the floor whenever he wasn’t in an Austin Spurs jersey. His release is high, fast and effortless, and he can do it from any spot on the floor, including a few steps behind the arc as he proved throughout the year.

His shot distribution would’ve made Daryl Morey blush, with a team-high 0.739 three-point rate offset only by a handful of high-percentage finishes around the rim.

The shot chart speaks to Bertans’ well-defined (albeit limited) role in year one as a change-of-pace big that could space the floor and make the right play.

If you paid attention to Bertans when off the ball, you saw him repeatedly perform the same curl routes through the defense. He’d cut towards the hoop, then dart back to the three-point line and, if he didn’t receive a pass for the open look, do it again. Sometimes it resulted in him catching and shooting from distance, and sometimes these types of plays happened:

Bertans joined a team that was both in transition and still the second-best in the league (because, Spurs) and looking to contend, and thus it was hard for him to carve out a large role last year that maximized his development. He filled in almost exclusively as a small-ball power forward which, offensively, worked fine — Bertans had the gravity to pull away rim protectors and the ability to take them off the dribble and get all the way to the basket.

Defensively, though, there were concerns, beginning with a defensive-rebound rate of 10.5%. Only Bryn Forbes, Patty Mills, Tony Parker, and Nicolas Laprovittola were worse on the defensive glass, and it’s not hard to see why. Bertans has a long, Babadook-like frame, which is great for shooting over defenders or gliding to the hoop, but not so great for battling for position around the basket. Part of this should be remedied as he adjusts to the NBA game and gets a little stronger, but with two knee injuries already, I wouldn’t expect the team to be wanting him to put much weight on.

That’s not to say he can’t make plays on the defensive end. We saw a number of athletic, above-the-rim contests over the year like this one, often in transition or when the defense was scrambling.

His most promising outlook (and one I’d love to see the Spurs explore) might be in lineups that are more positionless, with one big man and wings like Bertans, Leonard and Anderson sharing the floor at once. It would mean more minutes for Bertans and Anderson, young players with different but complementary skillsets and who could both be effective not only on the perimeter but operating around the elbow.

With players like Bertans in the mix, the future remains bright in San Antonio, even as the roster becomes less recognizable from the group that won the championship just three years ago. It’s not hard to see him playing a key role in that next title team.