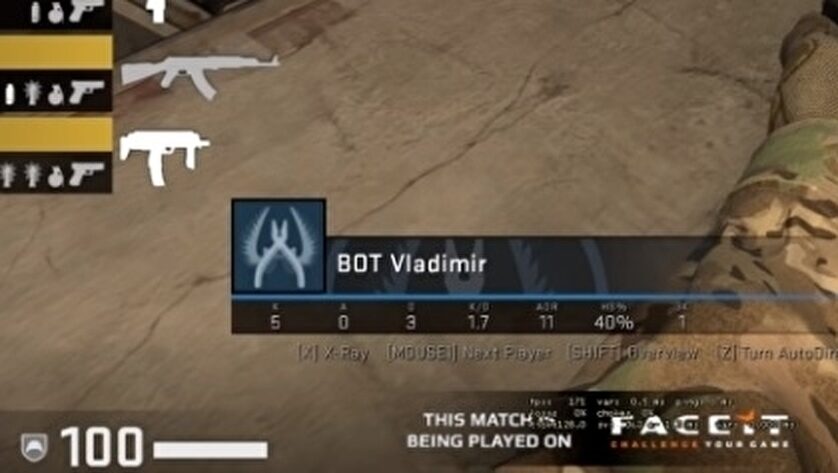 Here’s to you, BOT Connor.

An update to Counter-Strike: Global Offensive this week pulled bots from competitive matches – and now players are remembering them at their best.

Prior to the 7th January update, when a CS:GO player disconnected or was kicked they were replaced by a bot to keep teams even.

Following the update, players who disconnect or are kicked in classic competitive and wingman modes will no longer be replaced by a bot. This means there is no more 5v5 if a player leaves – teams will always be a player down. If the the entire other team leaves, one bot will be left on the other team, idling in spawn.

Valve made the change without explanation, leaving players scratching their heads at the reasoning. One theory is the decision was made to discourage teams from kicking underperforming players in order to replace them with a bot they would in turn play with after death, effectively giving the top fragger an extra life.

Some players strongly disagree with the change, saying it’s unfair to be faced with a 4v5 match because a teammate randomly disconnects or abandons the match at the start of a round.

As the CS:GO community gets to grips with this change, players have spent time remembering bots from recent years. Redditor thefolenangel took to the CS:GO sub to start a thread for players to recount their favourite bot memories – and there are some classics in there. Here’s a snippet of clips of CS:GO bots doing the business – or just doing strange stuff: