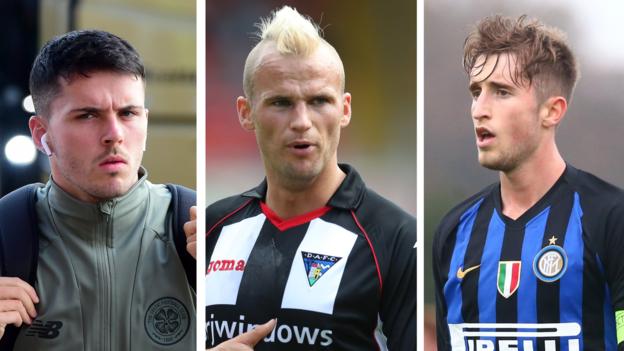 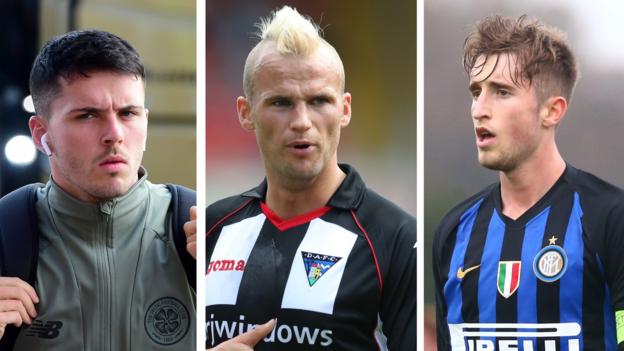 Social media is awash with videos and pictures showing how footballers are filling their time during lockdown.

But what if you are isolated thousands of miles from home, in some cases separated from even your closest family?

We talk to five British and Irish players who find themselves in that situation to find out how they are coping.

‘It is mentally breaking – I am losing weight’

Kallum Higginbotham joined Indian I-League side Real Kashmir last summer. The club is based in Srinagar, where the former Partick Thistle striker has spent six weeks in lockdown in a hotel, along with Kashmir’s Scottish manager David Robertson and his wife, coaches Jimmy Lindsay and Jonathan Craig, and Robertson’s son, Mason. There have been more than 450 reported cases of coronavirus in Kashmir, with 109 deaths. According to experts, the Indian government has implemented the strictest lockdown in the world.

“All I want to do is give my two kids a cuddle. My daughter is seven and my son is two, and they are at home with my partner in Edinburgh.

“It is mentally breaking – I am video calling them, but it isn’t the same as being with them. It is a nightmare and I just feel so hopeless about the situation.

“Being on my own in my room is really lonely, so our British group try to stay together for as long as we can during the day.

“Our last training session was on 28 March. We were then told that nobody was allowed in or out of the hotel. I haven’t stepped foot outside of the hotel since then.

“There is a little garden in the grounds and the weather is good, so I can get some fresh air, but it is like being in a prison, with your daily one hour of exercise in the yard.

“I get up as late as possible so the days are shorter, but every day is like Groundhog Day.

“The highlight is tea, coffee and biscuits at 4pm and then we will have some dinner, but after that I am back in my room, watching Netflix or going to sleep.

“The main road in and out of Srinagar, which connects Kashmir with the rest of India, is closed, so it has been difficult to get food into the hotel.

“We were having chicken curry and rice for lunch and dinner every day, but now I am only eating when I feel like it, so it could be toast, boiled eggs or a club sandwich. I am losing weight.

“We have been in touch with the British High Commission and given them our details in the hope of getting a flight home. We are apparently on the waiting list, so it is a case of fingers crossed at the moment.

“The league has been cancelled and the club finished fourth, but football can take care of itself: first and foremost in my mind is to get home to my family and get some much-needed time with them.

“I don’t think I could come back out to India. Once I am home I want to find a club in the UK.”

‘I hear ambulance sirens outside my hotel every 20 minutes’

Irish defender Ryan Nolan is on loan at AS Giana Erminio, an Italian team from the town of Gorgonzola, which is situated in Lombardy, the hardest-hit region in the country. There have been 11,000 deaths in Lombardy – accounting for more than 53% of Italy’s total. Nolan, 21, was part of Inter Milan’s academy and signed for SS Arezzo in the summer before joining Serie C side Erminio in January.

“I have been in lockdown in my apartment for seven weeks, but we had stopped training four or five weeks previously.

“We have a few lads in the squad from Bergamo, which has been hit really badly, so when we were still training we were all worried about them possibly catching the virus, and then going home and spreading it to their wives, kids or parents.

“For the past month and a half I have heard ambulance sirens outside my apartment every 20 minutes. It is like something from a horror film and they are still recording 400 to 500 deaths every day here.

“I have a little garden, so I can go and do a bit of exercise – it hasn’t been the same for my friends in Milan, who have not been allowed out at all, not even to go to the supermarket.

“I am a positive person, so I am keeping myself occupied by watching Netflix, and connecting with my family and friends through FaceTime. If I sat down and started overthinking, it would only make the situation worse.

“The queues outside the supermarket are long, so I have been going once every 10 days and stocking up to keep my healthy diet going: it is easy to put on weight if you are not in training or moving around as much.

“I don’t know when our league is going to restart because we would need testing every few days and a lot of doctors here aren’t even being tested, so it would not be fair.

“It is frustrating not training or playing, but there are people in much, much worse positions, so I cannot complain.

“I am eager to get back playing, although how can football be the first thought in people’s minds when hundreds are dying every day? The whole thing is so surreal.”

Middlesex-born Craig Harrington was appointed head coach of National Women’s Soccer League side Utah Royals in February. He had previously been assistant coach of Chicago Red Stars and head coach of the Turks and Caicos Islands’ national team. Utah’s season has not been able to kick off due to coronavirus and Harrington had taken only two training sessions with his players when lockdown was put in place. The 37-year-old is spending his days on his own in an apartment near Salt Lake City, as his wife and two children live in Chicago.

“Utah has not been as badly affected as some other states. But outside, in the streets, it is like something out of Zombieland.

“You are allowed to go out to the grocery store to get two weeks’ worth of shopping, which I have been doing, but everyone is wearing masks and there is a solemn atmosphere.

“I am trying to limit my interaction with other people, so when I go for my run I tend to go super early at 5am or really late at 10pm.

“I haven’t seen my wife and daughters, who are nine and three, for more than two months as it has not been safe for them to travel from Chicago.

“My parents live in the United Arab Emirates and my sister, who is pregnant, is in the UK.

“I think of them – and everyone I know – daily but thanks to technology, it is easy to stay in touch and see how they are all doing.

“I am living in a townhouse which belongs to one of the club’s owners. It is part of a complex, which means that I am 300 yards from where my players are.

“I think I have a pretty good routine and support network I can tap into and, because I am thinking more about my players and their issues, it allows me not to think too much about myself.

“We had one player who had to go into quarantine, but thankfully her test came back negative.

“I try to be a soundboard and energiser for my players and coaching staff, which helps me a lot.

“We have been given a return-to-training date of 15 May, but in a controlled environment, with the season proposed to start on 18 May.

“We have certain players who are far away from home: they have come here to play for the club and the fact they cannot do their jobs has left them feeling frustrated.

“Having said that, this past week the morale among the group has been the highest since the lockdown started.”

Scotland international Lewis Morgan may have been expecting to be having fun in the sun when he joined Inter Miami, the MLS expansion team part-owned by David Beckham. Instead, the former Sunderland and Celtic winger is sheltering in place in his South Florida house with his girlfriend and their two dogs.

“There’s never a good time for anything like this to happen but being away from home makes it that little bit tougher. I was only in my new place for maybe a couple weeks before this all became real and the league was suspended, so I’m not that familiar with my surroundings at the moment.

“Before this we were doing things together as team-mates, going out for meals and everything like that. With an expansion team it’s new for everyone. We only have ourselves to rely on, so it’s a really close-knit group.

“There are loads of different nationalities within the group, but the Zoom calls help. Every day, we’re seeing each other still, laughing and joking.

“It’s going to be amazing when we get back on the field. Sometimes it takes things like this to make you realise what you’ve had before.

“When we’re doing all these tough running sessions and you don’t have anything left to give, it’s that image of getting back on the field with your team-mates that drives you on.”

‘The players have a little book club’

Lewisham native Anton Walkes played with Atlanta United in 2017 on loan from Tottenham Hotspur, so his transition to the club this season has been a bit easier than it would have been had he never set foot in Atlanta before. Even so, Walkes still does not have a full set of furniture in his home.

“I’ve got everything down to a schedule now. I work out from home, we stay in contact with the team so we’re always getting a lot of information regarding what exercise, what sessions we should be doing.

“Our shared interests have helped keep everyone’s spirits up. Some people live in the same apartment complexes, so they see each other and speak to each other frequently. We have a little book club, so if we see or read anything we can share, we pass it on amongst each other. You’ve got small interactions in groups, which is good. Some of the Zoom calls are just based off little chats.

“I’ve read a few books, but my main thing right now is the Jordan documentary. We’ll all talk about it in the group because I know everybody else is watching.

“I’m obviously spending a lot more time with my child, which has been very good because I’m out quite a lot with practice normally.

“The situation is definitely harder than it looks because I know not everyone can adapt the way I’ve done so far.

“I’ve seen a few other guys enter the league from England and I know what it was like moving here, a few years ago, being young and being away from your family and I’m sure there are players out there who will be finding it difficult.”