Updates on the fitness of Arsenal defenders Kieran Tierney and Pablo Mari have been forthcoming on Friday, ahead of the club’s upcoming meeting with Newcastle United.

The hosts headed into proceedings with their tails up, on the back of a major upturn in form of late.

In fact, in downing Newcastle by 2 goals to nil to book their spot in the 4th-round of the FA Cup last weekend, Arsenal made it a quartet of consecutive wins across all competitions.

When all was said and done in north London a little less than 24 hours ago, however, Arteta and co. were brought back down to earth.

An altogether uninspired display eventually saw Arsenal held to a 0-0 stalemate by a game Palace side, leaving the Gunners in 11th spot in the Premier League table, having played a game more than the majority of the sides around them.

One contributing factor in Arsenal’s sudden drop-off versus Palace to have since been widely highlighted in the aftermath of the clash, meanwhile, is the absence of Kieran Tierney.

The Scottish stopper has come into his own of late, amid a series of scintillating displays up and down the Gunners’ left flank.

As such, his omission from the club’s matchday squad on Thursday night came as a major blow, with Ainsley Maitland-Niles, in turn, having been forced into an unfavoured left-back berth.

Speaking in his post-Palace interview, Mikel Arteta admitted that he could not yet put a timeframe on Tierney’s impending absence, with subsequent tests set to determine the extent of the stopper’s problem:

‘We don’t know [how long he’ll be out for]. We’ll know more after testing him and knowing more about the injury.’

‘Certainly it was a big disappointment on the day of the match to lose him, but hopefully he can be with us very quickly.’

But, if the latest word doing the rounds online on Friday is to be believed, then the Arsenal faithful can breathe a collective sigh of relief.

As per a report from the reliable David Ornstein, Tierney’s injury is ‘not serious’, with a muscle tear having seemingly been ruled out.

In turn, the former Celtic man could yet be available to feature versus Newcastle next Monday night:

Kieran Tierney injury thought not to be serious – seems no tear to calf muscle + could return for visit of Newcastle on Monday. Concern when 23yo missed last night’s draw v Crystal Palace but was precaution & looking good @TheAthleticUK #AFC #NUFC #ARSNEW https://t.co/kVdmoFzxYP

Another of Mikel Arteta’s backline to have missed out versus Palace, meanwhile, was Pablo Mari.

Spanish stalwart Mari, like Tierney, has proven a key contributor to the Gunners’ recent upturn in form, but was ruled out of contention with a calf problem ahead of kick-off last night.

The latest word on the 27-year-old, however, is less encouraging, with his boss having confirmed that Mari looks set to sit out ‘a few matches’ over the weeks ahead:

‘He had a calf injury in training. I think he will miss a few matches. He’s another one that we will lose.’

‘But we’ve got Gabriel [Magalhaes] back after Covid, which is good news, we’ve got Thomas [Partey] back as well. So let’s focus on the positives.’ 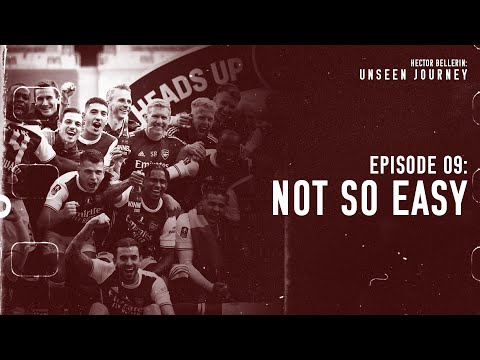 In Episode 9 of @Hector Bellerin’s ‘Unseen Journey’ documentary series, the Spaniard discusses that…