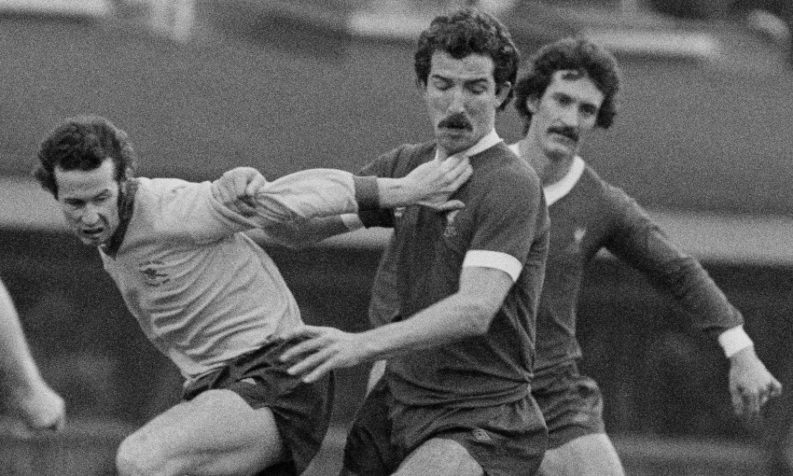 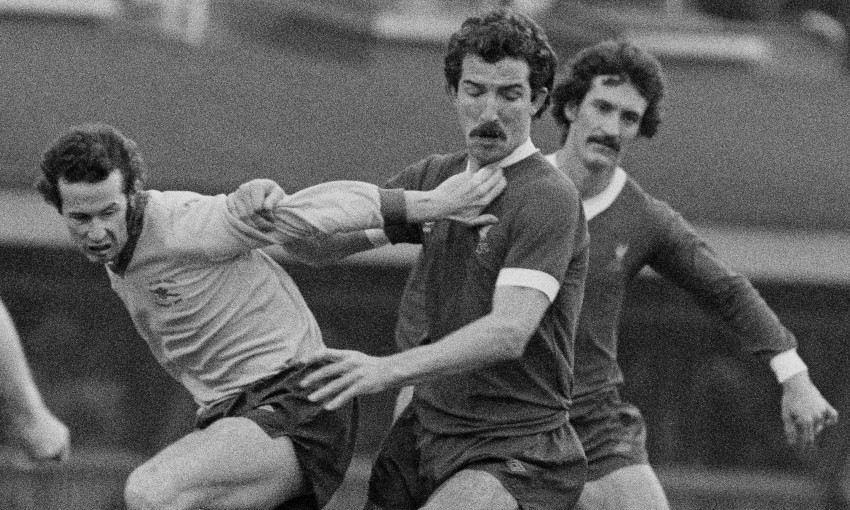 One of the most extraordinary showdowns in Liverpool’s history came to an end 40 years ago today.

Bob Paisley’s all-conquering Reds and Terry Neill’s cup specialists Arsenal simply could not be separated in the semi-finals of the 1980 FA Cup.

Not in their first meeting at Hillsborough, nor in a replay that went to extra-time at Villa Park. Nor in a second replay – also played at Villa Park, also over 120 minutes – or even in a 1-1 league draw somehow squeezed into the middle of it all at Anfield.

With the introduction of penalty shootouts still 11 years away in world football’s oldest cup competition, it took a fourth game, played 19 days after the first, for this 420-minute-long duel to conclude with a 1-0 win for Arsenal at Coventry City’s Highfield Road.

The cruel irony was that neither team actually achieved satisfaction after all their exertions; Neill’s presumably exhausted Gunners lost the final to second-tier West Ham United just nine days later, while Paisley was left to rue another close shave with a trophy that eluded him throughout his nine-year reign.

With the anniversary in mind, we scoured the record books to find some other notable replays – and replays of replays – in Liverpool history…

Before eventually getting their hands on Ol’ Big Ears in 1977 in Rome, the closest Liverpool had come to European Cup glory was in their very first season of participation, 1964-65.

Fans of a certain age still clench their fists and narrow their eyes at the memory of the somewhat controversial defeat by Helenio Herrera’s Inter Milan in the semi-finals.

But something much more remarkable had gone down in the quarters, when it took six weeks and two tosses of a coloured disc to separate Bill Shankly’s side from the German champions, Cologne.

Fittingly, given Cologne’s status as a carnival city, the tie became something of a travelling attraction, going from the Mungersdorfer Stadion – a 0-0 draw – to Anfield – another 0-0 draw held five weeks later due to snowy weather – to Stadion Feyenoord in Rotterdam, where the final score was 2-2 after Georg Knöpfle’s men clawed back a 2-0 deficit.

Following a failed first throw which summed up the unintentional comedy of it all, the referee’s second attempt saw the disc land on the red side, and not the white one, and therefore it was Liverpool who moved on to that futile meeting with Inter.

The League Cup triumph of 1984 was part of a treble which certified Joe Fagan as one of the all-time great Liverpool managers at the end of his very first season in charge.

But the Reds’ defence of the Milk Cup – as it was known then – could have ended as early as the third round, where they were drawn into a gruelling tug of war with Second Division Fulham, who had a young Ray Houghton in their ranks.

A strong line-up, featuring nine of the starters that would topple AS Roma in the European Cup final six months later, went 1-0 down with less than half an hour to play at Craven Cottage, before the ever-dependable Ian Rush knocked in his 14th of an eventual 47-goal haul that term to secure an Anfield replay.

The roles were reversed on Merseyside a fortnight later, Kenny Dalglish opening the scoring before the visitors’ Kevin Lock scored from the penalty spot, just as he had in the first game.

Back in south-west London seven days later, Fagan’s men finally got the job done, but only after extra-time, a heroic 116th-minute intervention from Graeme Souness sealing a 1-0 win.

The rest, as they say, was history, but as the Guardian’s David Lacey noted in his match report: “If Liverpool do reach another Milk Cup final they may well take the field at Wembley with a few nervous backward glances, half expecting Fulham to pursue them out the tunnel.”

As shown by the Arsenal marathon of 1980, not every long-running saga comes to a satisfying end, and so it was for Liverpool again in the third round of the FA Cup in 1987.

Luton Town were then an established First Division outfit and a force to be reckoned with, especially on their plastic pitch at Kenilworth Road, so there are bound to have been a few groans when the Reds were drawn away to the Hatters just a few months after losing 4-1 at the same ground on league business.

Nonetheless, a standout performance from goalkeeper Bruce Grobbelaar ensured a 0-0 draw and a replay at Anfield, one that the tournament holders – fresh from their historic league and cup double in ’86 – dominated during the 90 minutes and extra-time that followed, only to find visiting custodian Les Sealey just as unbeatable as Grobbelaar had been down south.

With replay number two booked in for just 48 hours later and Luton refusing to play it at a neutral venue, it was time for another coin toss to decide whether Anfield or Kenilworth would have the honour.

But Liverpool’s luck was out this time, losing the toss and then the second replay 3-0. It was the only one of six seasons between 1985 and 1990 where the Reds failed to reach at least the last four of the FA Cup.

That four-part spectacular back at the beginning of the decade set the tone for many a ding-dong between Liverpool and Arsenal throughout the eighties, and they were at it again in the third round of the League Cup in 1988-89.

Despite an injury crisis prompting manager Dalglish to use Steve Nicol and Gary Ablett as auxiliary centre-backs, a scintillating individual goal from John Barnes gave Liverpool the lead in the first game at Anfield, but a scorching David Rocastle reply made it 1-1 and set up a replay at Highbury, which ended goalless a week later.

With their injury crisis beginning to ease, Liverpool’s performances improved with each and every meeting, peaking just in time for the second replay a fortnight later at the neutral venue of Villa Park.

It didn’t appear to be their night in the first half, with Paul Merson giving the Gunners the lead and Rush going off injured, but a Steve McMahon howitzer levelled the scores before a headed winner at the end from Rush’s replacement, John Aldridge.

“We played as well as I’ve ever seen a Liverpool team play,” gushed the usually reserved King Kenny afterwards. “No team in England will give a better performance this season.”

This trilogy is now mainly remembered for Dalglish’s resignation after the first replay, but it also contained arguably the most entertaining Merseyside derby of all time and was something of a last dance for the Herculean series of replays as a genre, with penalty shootouts introduced in the FA Cup the following season, just in time for Liverpool and new boss Souness to win one against Portsmouth en route to lifting the 1992 trophy.

The first meeting with Everton in ‘91, a fifth-round FA Cup tie at Anfield, was a cagey 0-0 draw that gave little indication of the madness to follow three days later.

Peter Beardsley, Graeme Sharp and Tony Cottee all netted doubles in a frenetic 120 minutes at Goodison Park where Dalglish’s side held the lead on four occasions before succumbing to a 4-4 draw.

With the Glaswegian’s departure confirmed in the interim and Ronnie Moran stepping in as caretaker manager, the third game – also played at Goodison – was an inevitably anticlimactic affair settled in favour of Howard Kendall’s Blues by Dave Watson’s early goal.