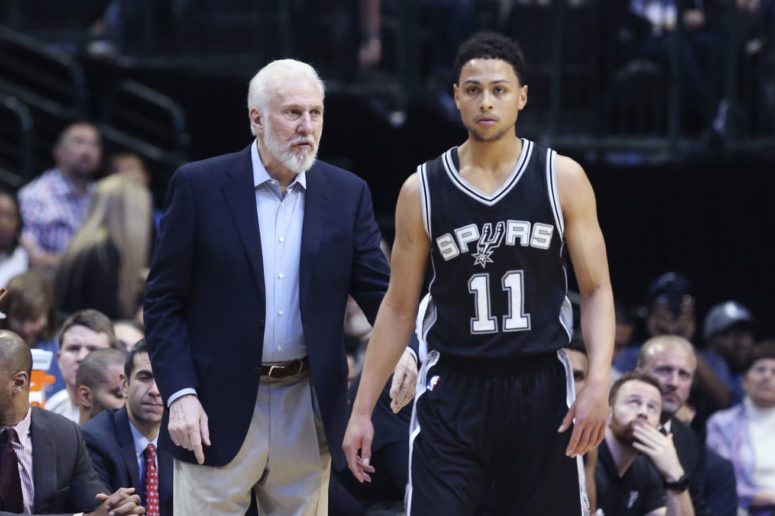 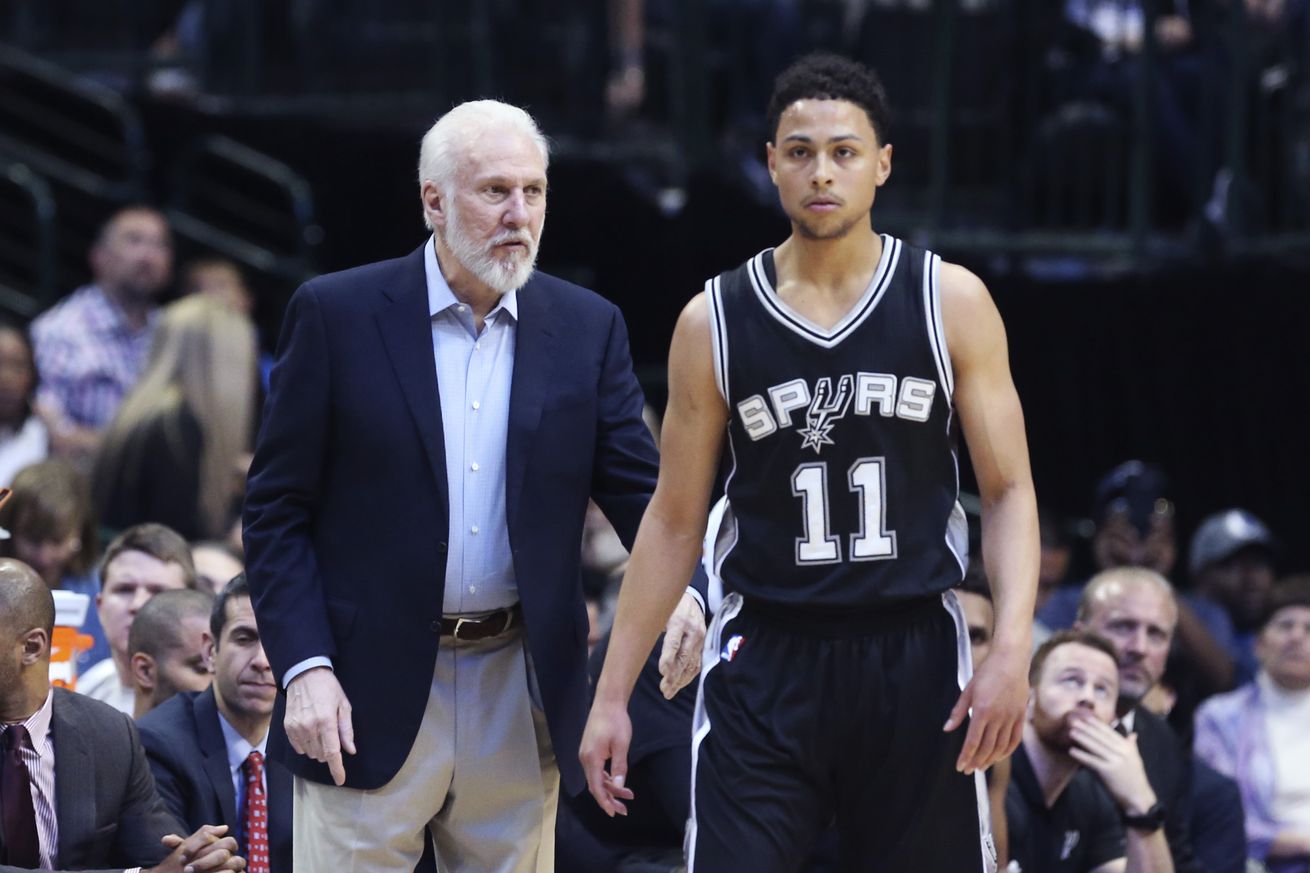 The undrafted rookie earned a roster spot in October and more minutes as the season went on.

There’s often a spot at the end of the Spurs bench for a shooter who’s ready to check in and bomb away. If he’s an overlooked prospect with something to prove, all the better.

The Spurs signed undrafted rookie Bryn Forbes to their 2016 summer league roster, but he was something of a long shot to make the final 15-man squad. Heading into preseason, there was but one open spot and a number of guys, including point guard Nicolas Laprovittola, vying for it. Their solution? Waive disappointing draft-and-stash prospect Livio Jean-Charles in order to make space for both Forbes and Laprovittola.

Nico was waived a few months later, but Forbes hung on, splitting time between Austin and the end of the San Antonio bench. He played the least minutes of any guy on the team for the entire season, but showed improvement in his defensive awareness and decision-making, while never afraid to fulfill his primary function: shooting the ball. He may have had additional value as a contingency plan for Patty Mills, who’s due for a nice payday this summer.

The Mills comparison is important, even if overly simplistic. Both players are essentially undersized shooting guards — Forbes is listed at 6’3’’; Mills at 6’0’’ — whose job is to space the floor with an ability (and willingness) to shoot the three. Neither is a plus-defender, but if Forbes can use his size to be occasionally disruptive and help on the defensive glass, that’d be good. And if he can spell 70% or 80% of Mills on the offensive end at a fraction of the cost, does that make him the wiser option?

But that would require Forbes to actually make shots, something he struggled to do in a San Antonio jersey. He owned the lowest true shooting percentage of any Spur, going 36.4% from the field and 32.1% from deep. It speaks to the challenge facing fringe-rotation guys who are expected to come into a game cold and immediately knock down shots.

The peak of Forbes’ season came in April, when he scored nearly a third of his season point total in just one game. That night, the Skeleton Spurs played the 1-2-3 Cancun Mavericks in what ended up being San Antonio’s last win of the regular season. It was a largely meaningless contest as far as the standings were concerned, but a decent learning experience for players and fans alike. Part of the education might have been seeing what Forbes could do with a bit more volume.

Only a handful of rookies last season — undrafted or not — eclipsed the 27 points Forbes dropped in Dallas. He also became the first Spurs rookie since a guy named Tim Duncan to score 20 or more in one half. Also-also: bonus points for doing it against the Mavs.

Even if his San Antonio stats don’t reflect it, Forbes can shoot (he made 45.9% of his threes in the D-League) and that skill could be enough to keep him around the NBA next year. Depending on how things shake out this summer, it could mean him sticking around with the Spurs, as well.