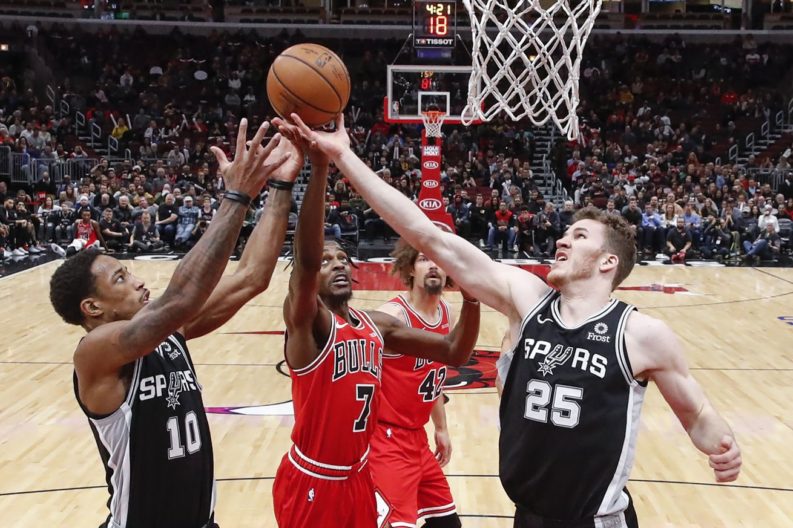 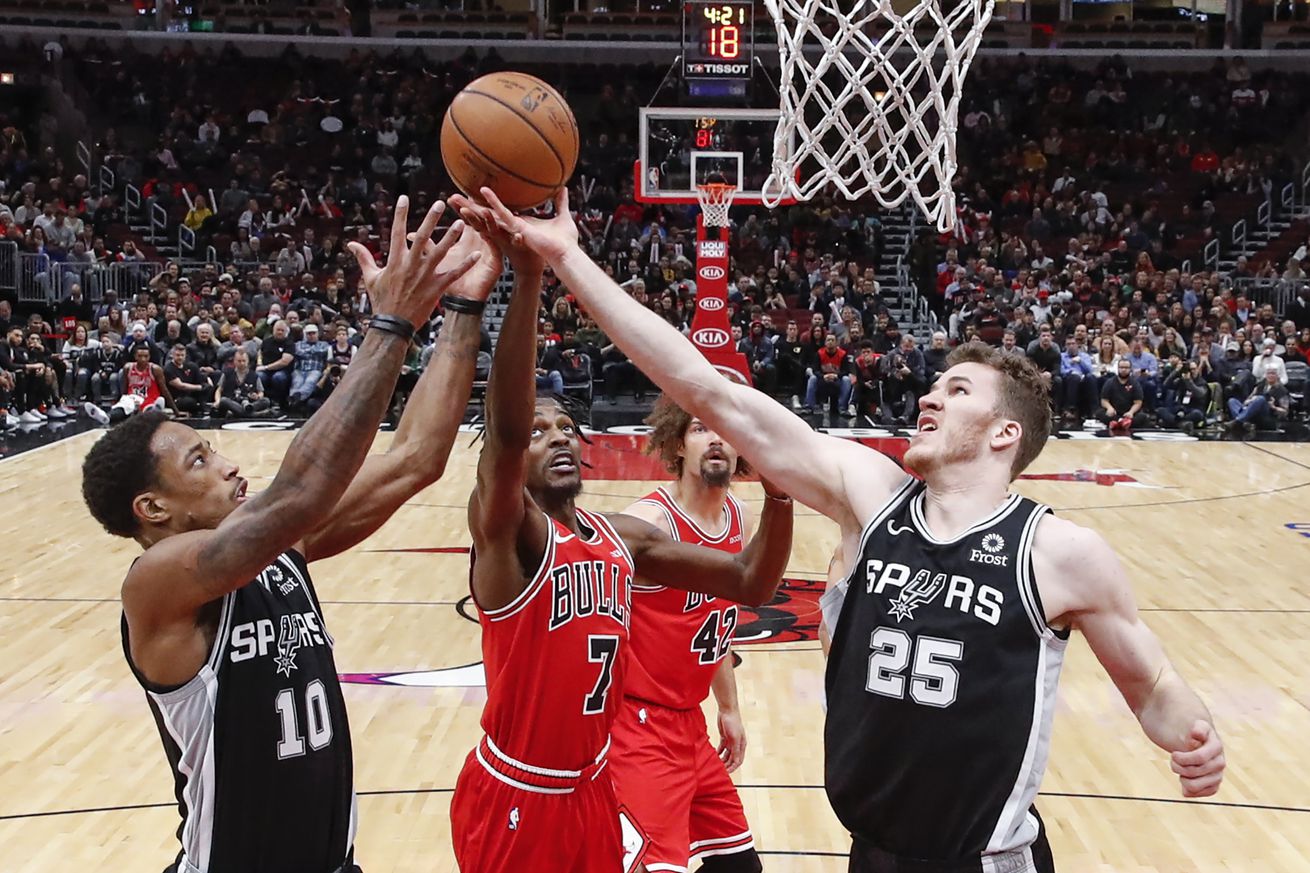 Once again the Spurs struggled against a lottery-bound team, but this time they got the win thanks to their second unit.

At least they won. That’s the only positive to take away from the Spurs’ 108-107 victory over the Bulls in Chicago. With how tough it’s been for San Antonio to beat bad opponents, it’s good that they actually escaped with the W, even if it was frustrating that they had to suffer so much for it, mostly due to the poor play of their most important players.

Facing a terrible defense filled with young guys who don’t know how to execute their game plan as a team, you’d think the Spurs would try to wear it down by moving the ball smartly and showing patience. You’d be wrong. On the first three quarters the starters settled for bad shots after minimal movement. They made life easy for a Bulls squad which, despite being collectively disastrous at stopping opponents, has enough passable individual defenders to contest the type of tough looks San Antonio was all too happy to launch after several seconds of inaction.

On the other end, the Spurs didn’t really have to worry about a system. Chicago doesn’t have a smart offense that creates good looks for them, despite this being Fred Hoiberg’s fourth season at the helm. They do have players that can score if allowed the freedom to do so. The best way to stop them is to be aggressive denying them the ball and making sure their looks aren’t comfortable. Yet the starters played with zero energy, simply going through the motions while relying on teammates to bail them out. The Bulls’ scorers feasted on those lightly contested shots.

None of the starters finished with a positive plus/minus. The Spurs would have lost this game had Pop played his normal rotation. Fortunately, he turned to his bench which, once again, gave San Antonio an opportunity to win the game.

“[The bench] saved us again,” said Pop after the game. “The second unit has been great. Their movement is really good. They put a little pressure on the defense. They are not as talented as the first group, but they move really well and play with a lot of energy.”

Movement and energy is really all it took to outplay these Bulls. Instead of standing around, the bench players cut and drove with purpose, exposing huge cracks on the defense and making the extra pass. They used misdirection and the threat of their shooters to force Chicago into tough decisions. On the other end they kept their arms raised and took pride on stopping their assignment. Even on mismatches, they fought. They were the only reason the Spurs were in it going into the fourth quarter, where the stars got a chance to shine after largely disappointing.

Aldridge and DeRozan took over late. They played with the type of aggressiveness on offense that they lacked for the previous three periods. They combined for 18 points, first trading buckets with a red-hot Zach LaVine and then creating a seven-point lead with a little over two minutes to go. The Bulls eventually cut it to one and had the chance to win the game after stealing an inbound pass with three seconds to go, because the basketball gods wanted to remind the Spurs they didn’t deserve to win this one. Fortunately, former Spur Ryan Arcidiacono’s would-be game-winner was short.

I’d love to say that the Spurs will surely learn from this game and will be ready the next time they face a bad team, but I’m not sure they will. It’s not like they’ve lacked opportunities to learn this particular lesson. For some reason, they seem unable to.

As long as they somehow win like they did against the Bulls, however, I won’t complain too much.

Up next: @ Timberwolves on Wednesday

The Wolves have won six of their eight games since trading Jimmy Butler, so it might be tough for the Spurs to end their four-game road trip 3-1.