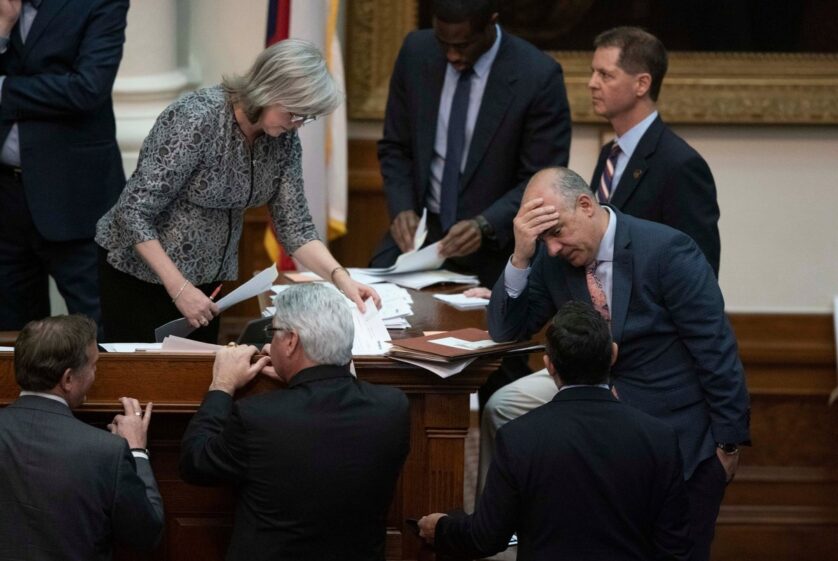 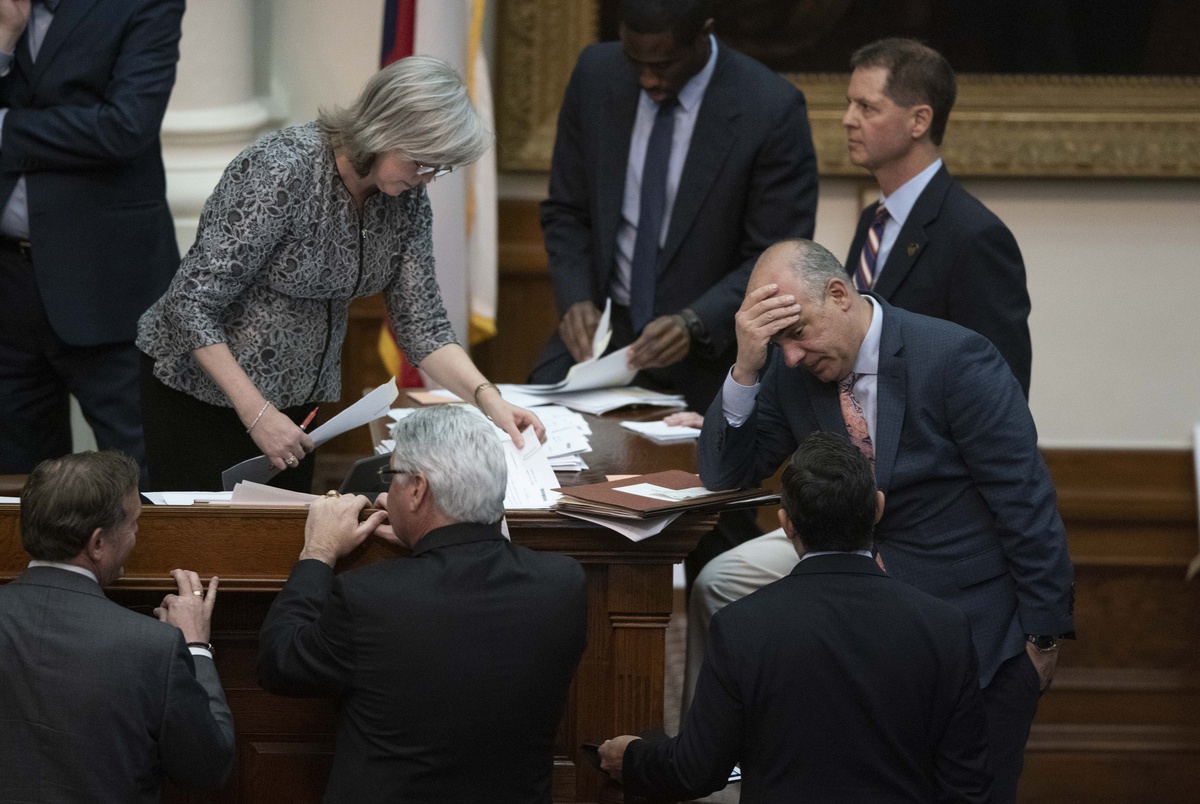 One of the largest tasks Texas lawmakers will tackle during the 2021 legislative session that begins in January is writing the state budget, which outlines state spending for the next two years.

While the tome-like General Appropriations Act can seem overwhelming and often abstract, the spending and cuts detailed within it can have immediate and highly consequential effects on Texans’ lives. For example, previous cuts have kept children with disabilities from accessing important therapy through the state’s Early Childhood Intervention program. Increasing the base wage for community attendants who care for the elderly and people with disabilities can have a dramatic impact on the daily lives of many Texans.

What’s different about the next budget debate?

Revenue shortfalls due to the recession that accompanied the coronavirus pandemic will only compound the difficulties of balancing the budget. In the second half of the 2020 fiscal year, sales tax revenues, by far the largest part of the state budget, fell by 4.8% as compared with the same time last year. Other revenue streams were down more than 40%.

In July, Texas Comptroller Glenn Hegar announced that the state was on track to end the biennium with a nearly $4.6 billion deficit. In November, he told lawmakers during a Legislative Budget Board meeting there would be more money to work with in the upcoming legislative session than he previously expected, but he did not provide specifics.

Where does money for the budget come from?

Texas earns revenue from a wide range of taxes, licenses, fees, interest and investment income, net lottery proceeds, federal aid and other, minor sources. Together these can be classified into three different categories.

The general revenue-related fund is where sales and most other state taxes and fees go. The fund represents a little more than half of all state spending and consists of both dedicated and non-dedicated funds. The non-dedicated portion of the General Revenue fund is the state’s primary operating fund.

Another large source of revenue in Texas are federal funds. This money comes from the federal government in the form of grants, allocations, payments or reimbursements. Some grants have very few restrictions on how the state can spend them, while others impose restrictive guidelines or require matching funds from the state, as is the case with Medicaid.

There are some other funds, both dedicated and not, that are not included in the General Revenue, such as the state highway fund, property tax relief fund and the economic stabilization, or “rainy day,” fund.

When will Texans know how much money the Legislature has to work with?

Ahead of each legislative session, the comptroller’s office issues a biennial revenue estimate, which provides a careful estimate of the funds likely to be available from taxes and other revenue sources over the next two years. This becomes the budget cap for the next biennium, which lets lawmakers know how much they have to spend if they don’t raise taxes or fees. The comptroller is expected to release the latest estimates by Jan. 11 before the new legislative session begins.

So how can Texas fill the budget deficit?

Early projected revenue shortfalls prompted Gov. Greg Abbott, Lt. Gov. Dan Patrick and outgoing House Speaker Dennis Bonnen to instruct certain state agencies to prepare for 5% reductions in spending for the current budget cycle. The agencies and programs exempted from these budget cuts make up a majority of the state’s general revenue funding, according to the Legislative Budget Board.

While the proposed cuts are not as drastic as ones adopted in 2011, some advocates are concerned. In their revised 5% reduction plan, the Texas Health and Human Services Commission proposed cutting over 700 full-time employees for “eligibility operations.” These workers determine an applicant’s eligibility for services like Medicaid, the Supplemental Nutrition Assistance Program and Children’s Health Insurance Program.

“It’s important to emphasize that there are a lot of everyday Texans who do need Medicaid or CHIP,” said Anne Dunkelberg, associate director of Every Texan, a progressive public policy think tank. “We know that the take up of things like food stamps, SNAP, is way up because of the pandemic and all the job loss associated with it. So the concern is that while we’re not cutting the actual benefit on that line item, you could have a situation where we get into backlogs and people aren’t getting the food assistance they need right away.”

Many school leaders and education advocates are worried lawmakers will take funding from schools to pay for other things during a tight budget year like they did in 2011. They are particularly concerned about legislation passed last session that raised per-student funding in public schools while reducing property taxes across the state. That legislation was House Bill 3 in the 2019 legislative session.

The law provided funding for teacher pay raises, free full-day pre-K for eligible students and early learning programs aimed at helping students in grades K-3 who are economically disadvantaged or not yet proficient in English. Funding for many similar programs existed prior to the massive budget cuts in 2011 after the Great Recession, according to Bob Popinski, director of policy at Raise Your Hand Texas, an education advocacy group.

“So all of these programs that were cut back in 2011 are now making a resurgence after the 2019 legislative session,” Popinski said. “So our biggest concern, and you hear this from most organizations, is to keep House Bill 3 whole, to fund every last dime of House Bill 3, so that districts will understand what their budgets are going to look like moving forward and so that you can continue the progress.”

Lawmakers could also take from the Economic Stabilization Fund to help balance the budget, but they historically have been unwilling to use that option.

So how do lawmakers actually decide the budget?

Much of the budget is already decided by the time the Legislature convenes in January. State law and the Texas Constitution place many restrictions on how revenue has to be spent. So do matching requirements for some federal funds. Ultimately, less than a fifth of the state revenue is left each biennium for “discretionary” spending, according to the comptroller’s office, which oversees the state treasury.

The state budget also cannot exceed the amount of revenue the comptroller estimates will be available in a given biennium. This means the Legislature cannot pass a budget with a deficit, except in “the case of emergency and imperative public necessity” and with a four-fifths vote from each chamber of the Texas Legislature.

Work on the budget begins in the year before the Legislature meets, when the Legislative Budget Board and the Governor’s Office of Budget Planning and Preparation provide guidelines for the next budget. Each state agency uses those to prepare a detailed legislative appropriations request. These requests itemize the funding each agency believes it will need for the next biennium. The LBB and governor’s budget office hold public hearings throughout the fall to help analyze these requests and ultimately use them to prepare an initial draft of the General Appropriations Act.

Once the Legislature convenes, both the Texas House Committee on Appropriations and the Senate Finance Committee hold hearings and make changes to the General Appropriations Act based on their priorities. Each committees’ version of the bill then goes to the full House and Senate, respectively, for approval. Once approved, these two bills are sent to a conference committee consisting of members of both the House and the Senate. The committee resolves the chambers’ differences and produces a single bill reflecting the wishes of both bodies. This new bill then returns to both the House and Senate for final approval.

Once approved by both the House and the Senate, the new General Appropriations Act goes to the comptroller’s office for a final “certification,” which confirms that the bill does not spend more than the biennial revenue estimate allows. Finally, the bill goes to the governor.

Texas allows the governor to veto individual spending items from the bill as they see fit. The veto can be overridden by a two-thirds majority in each chamber, but in practice few of the governor’s decisions are challenged. Once signed, the bill becomes law and decides the state’s finances for the next two years.

Disclosure: Every Texan, Raise Your Hand Texas and the Texas Comptroller of Public Accounts have been financial supporters of The Texas Tribune, a nonprofit, nonpartisan news organization that is funded in part by donations from members, foundations and corporate sponsors. Financial supporters play no role in the Tribune’s journalism. Find a complete list of them here.