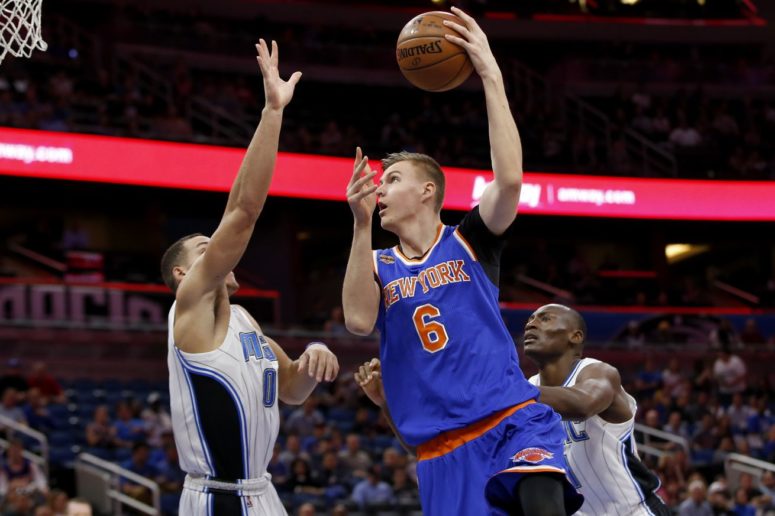 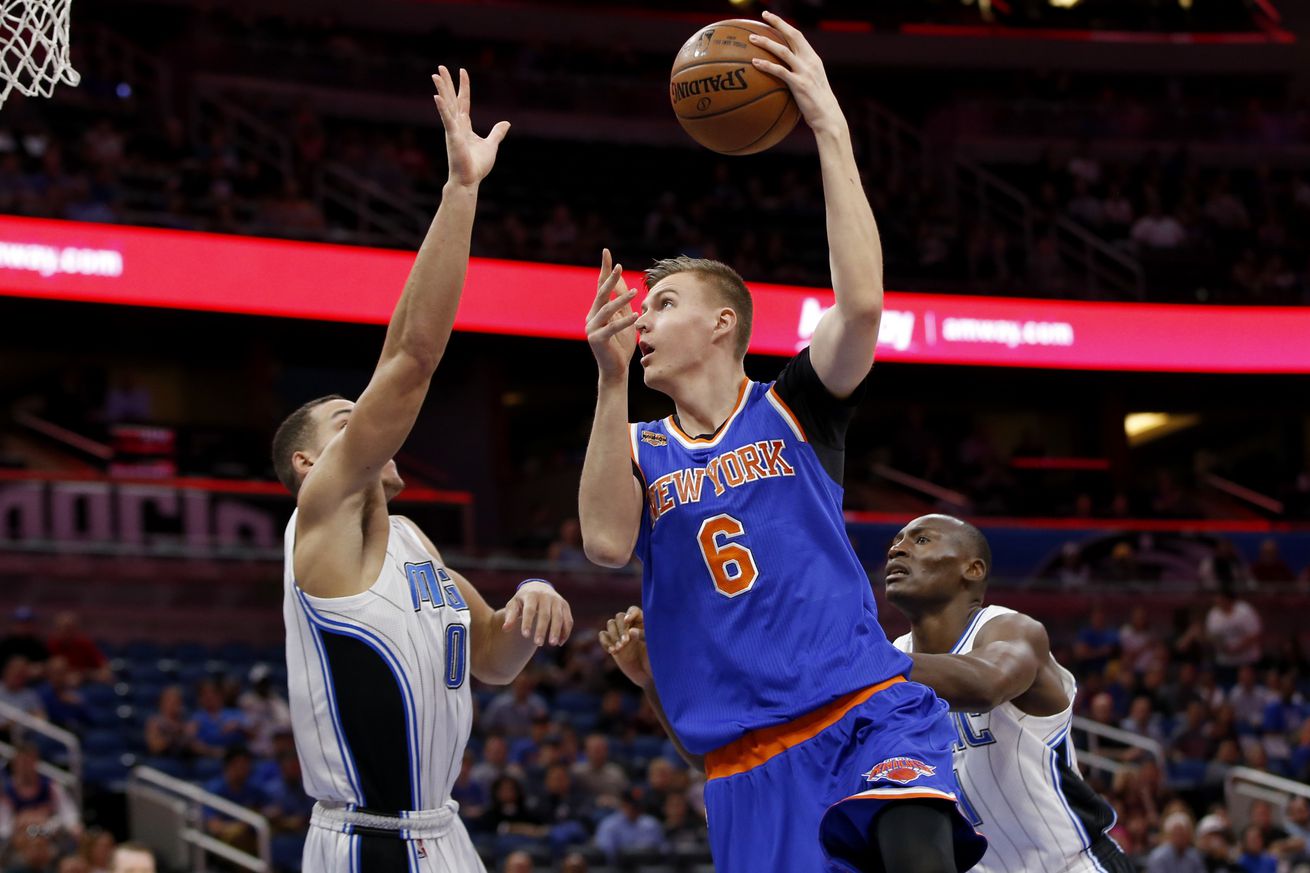 There’s interest around the league in the Knicks’ big man. Perhaps he could find a home with the Spurs.

I came across this article a while back, but at the time the Spurs were in the middle of the playoffs, so I thought discussing it could wait until the off-season. To sum up the article, Kristaps Porzingis skipped his exit interview which signaled his displeasure with the dysfunction and toxicity of New York’s franchise. He apparently couldn’t wait to get out of Dodge, so he left the entire country. This prompted executives from around the league to make phone calls to see if the Knicks were interested in trading him — again, this is according to the article.

This got me thinking about Porzingis in Silver and Black. How glorious would that be? Porzingis is obviously not happy and probably wants to leave NYK. (What sane person who wasn’t getting grossly overpaid wouldn’t?) So what would it take to pry him away from Phil Jackson. Obviously Jackson has an affinity for Porzingis because he is a great player, and he also represents the only lasting benefit that he can use to justify his enormous salary during his entire tenure with the Knicks.

I hit up the trade machine on the Whirlwide Liter, hoping that a trade like LaMarcus Aldridge and a pick for Porzingis would work, but couldn’t run a trade like that, because of the cap hold represented by Derrick Rose. However, Porzingis + Rose for Aldridge actually worked. (Now Rose may not re-sign with NYC, but whatever.) So it is conceivable that Aldridge and change for Porzingis could work, but who knows. It’s the Knicks.

The Knicks roster situation is horrendous, even relative to other teams around the league who are in a bind. If you think Doc Rivers the GM totally failed the Clippers’ core with his inability to put complimentary role players around his stars (overpaying his son didn’t help any) and signing everybody who was reasonably good 5-10 years ago that nobody wanted any more; if you thought that Jimmy Buss and Mitch Kupchak did a horrible job and vastly overpaid a couple of players last year that are going to hurt the Lakers for years, consider the following.

Joakim Noah gave the Bulls about 22 MPG for 29 games in 2015-16. He missed the rest due to injury. After starting all of the games in 2013-14, he started just 2 games. He had more turnovers and fouls than points. He shot under 50% from the free throw line. His eFG% was .383. Let me say that again. His EFFECTIVE Field Goal Percentage was .383. He’s a center. Spurs fans freak out when Danny Green’s 3pt percentage dips below 40%, even though he brings energy and defense every night, is a great shot blocker for a guard, is the best transition defender in the league, is super sturdy, and is on a team friendly contract ($10M). Noah got paid $13.5M from the Bulls for that steamy pile of stats. The notoriously bad Chicago front office of Gar and Paxson wisely decided not to re-sign him.

Enter Phil “2001 didn’t count” Jackson. Well he thought he knew better than Chicago and decided to sign Noah to a long contract, for even more money than he was making in Chicago. Noah will be on their books until 2020, set to make an average of 18.6M over the next 3 years. To put this in perspective, he makes about what Kawhi makes. And what did the Knicks get in return for that lovely paycheck? 46 games. 22 MPG. Marginally better shooting percentages. Turns out that he is what he was last year, and not what he was 2 or 3 years ago. But he can be better next year right? Maybe.

Apparently he’s going to be suspended for the first 20 games of the season for violating the drug policy with some over-the-counter stuff. Oops. I think maybe they won’t have to pay him for that though. So, SCORE! I guess. He stands to lose close to $5M in salary if that is the case. Regardless, you understand what I mean when I say that it’s a mess over there. It’s like a slow-motion train wreck. You can see it is coming, you know it is going to be bad, and yet there is this morbid fascination. You just can’t turn away from it. And it’s easy to lose your way in that mess. Just ask Phil.

Getting back on track, if there was a trade to be made, would PATFO send somebody who has played in the Silver and Black to that cesspool? Unless I’m forgetting something, the Spurs haven’t sent somebody to one of the leagues bad situations via trade in recent years. I mean, I love Hornacek and think Rambis is okay, but I wouldn’t even leave a dog in the care of Dolan or Jackson — and I don’t really like dogs.

So I put it to you, Spurs fans: Would you like to see Porzingis in the Silver and Black? If so, how would you get Jackson to let him go? What are some possible trade scenarios? Is it possible to keep Aldridge AND get Porzingis and if so could they coexist? Let’s get this figured out because you know RC’s got scouts here, just like everywhere else.