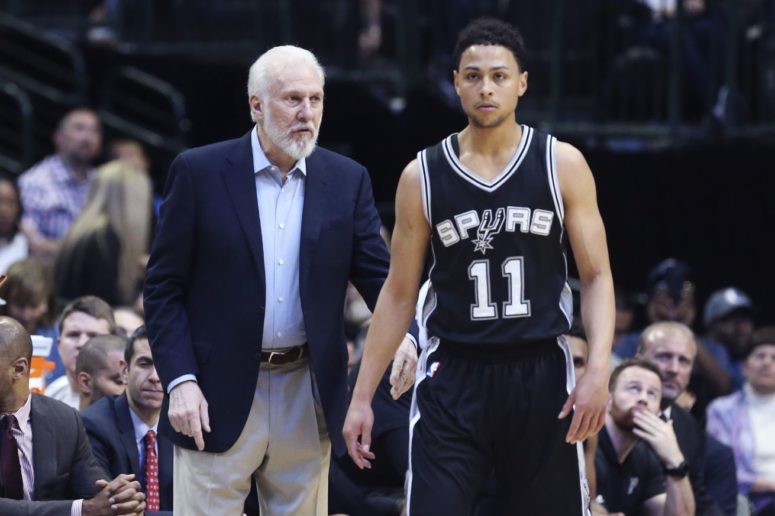 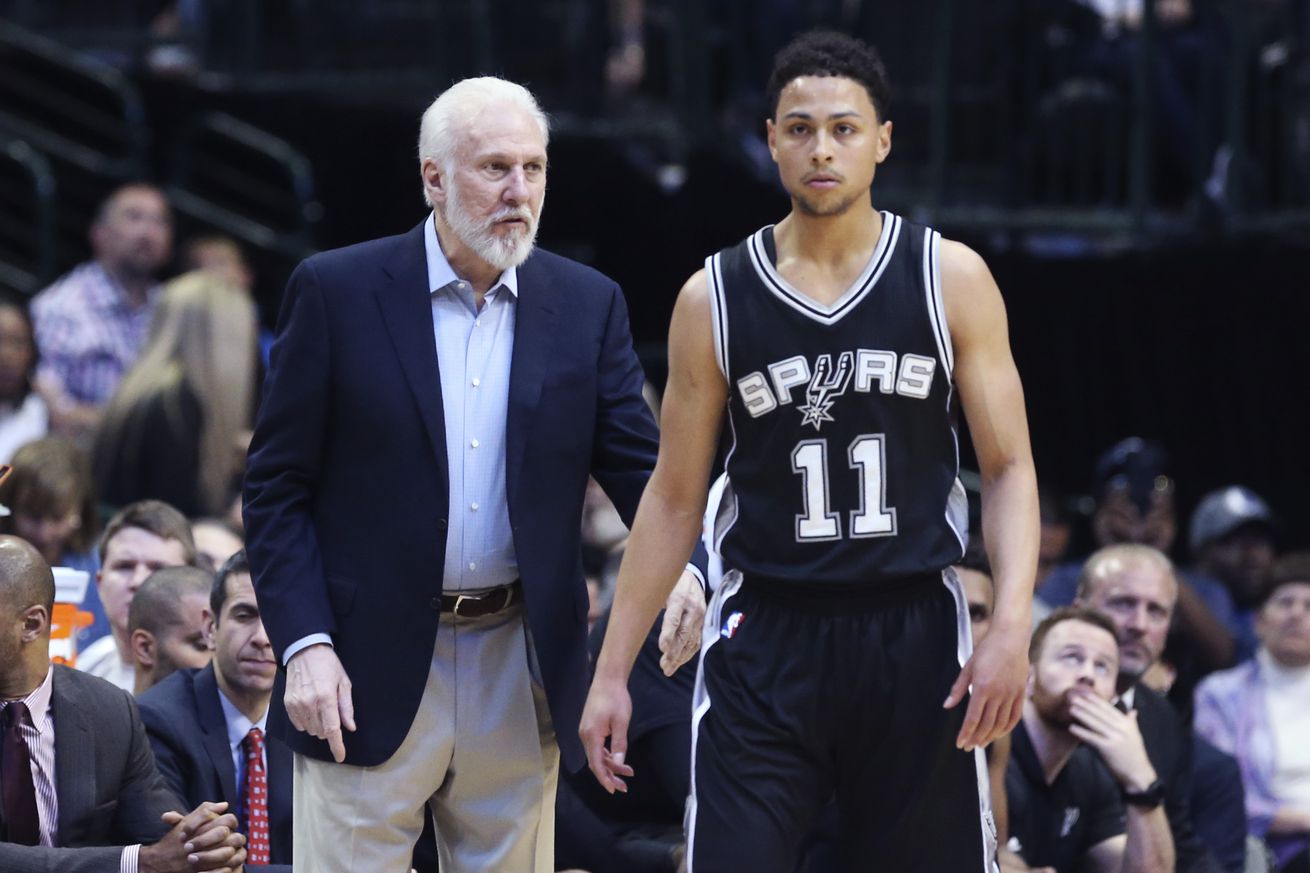 Now that Jonathon Simmons is gone, there’s an opportunity for Forbes to join Pop’s rotation.

In a surprising turn of events, the San Antonio Spurs and Jonathon “Juice” Simmons were not able to come to an agreement on a new contract. Instead, Simmons signed a three-year, $20 million deal with the Orlando Magic. This came shortly after the Spurs renounced his rights, making him an unrestricted free agent.

With Simmons leaving, and Manu Ginobili’s return for another season still up in the air, the Spurs could suddenly find themselves somewhat thin in the backcourt to start this season. Throw in Tony Parker’s injury that will keep him sidelined until at least January, and Dejounte Murray’s lack of experience, and the Spurs definitely need some help at the guard spot.

They added some depth by signing Euroleague guard Brandon Paul, but there’s no expectation that he’ll be playing anything more than spot minutes this season.

Which opens up an opportunity for Bryn Forbes to snag more minutes. Forbes killed it in Summer League, averaging 21.3 ppg on 43% shooting from the field, while sniping at a 48% rate from downtown.

Forbes played sparingly for the Spurs last year, often being re-assigned to the Austin Spurs so he could get some playing time. The six-foot-three, 23-year old has proven to be a streaky shooter so far during his short career — in this case, streaky means that he’s hit threes in his Summer League and D-League minutes, and missed his shots when playing for the big club.

Much like Forbes did in this year’s Summer League, Simmons burst on to the scene in similar fashion in 2015. He won MVP of the Las Vegas Summer League that year, which helped earn him a contract with the Spurs. In a strange way, Simmons could be potentially passing the torch on to Forbes, who is making a strong case right now that he deserves more minutes in the rotation this coming year.

That said, Forbes isn’t Simmons-esque at all. Simmons has a prototypical NBA body, possesses explosive leaping ability, shows excellent defensive instincts and has one of the fastest spin moves in the NBA; Forbes is more about finesse and shooting.

In fact, Forbes has a similar skill-set to another Spur – Patty Mills. Both are smaller guys who are built like point guards, but play more like shooting guards. Like Mills, Forbes doesn’t rack up a ton of rebounds or assists, but his fast decision making, lighting-quick release, and sharpshooting from beyond the arc could make him a valuable asset for Pop’s offense.

If Ginobili does indeed retire, and the Spurs don’t further beef up their backcourt, Forbes will have to elevate this game to be ready to accept more responsibility this season. He could be another Gary Neal type — a pure scorer who can provide energy and offense off the bench. He must improve on the defensive end, or he will definitely get chewed out by Pop (read: he’ll sit the bench).

The opportunity to play more this season is a possibility. Whether or not he makes something of it is completely up to him. Hopefully he rides this wave of momentum from Summer League into the regular season and becomes a contributor for the silver and black this year.