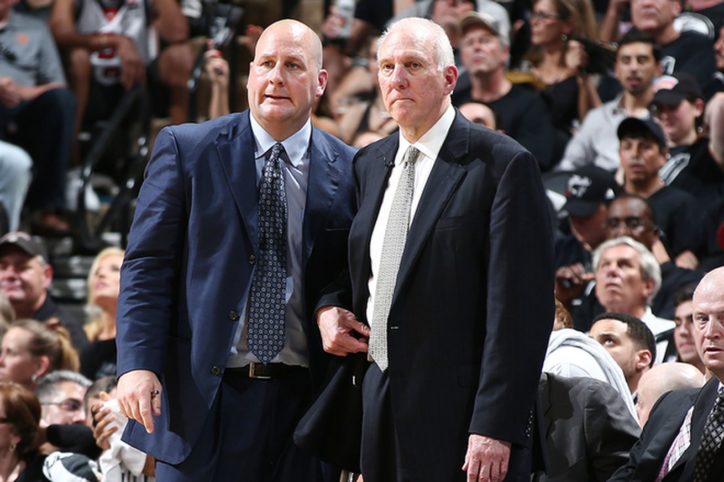 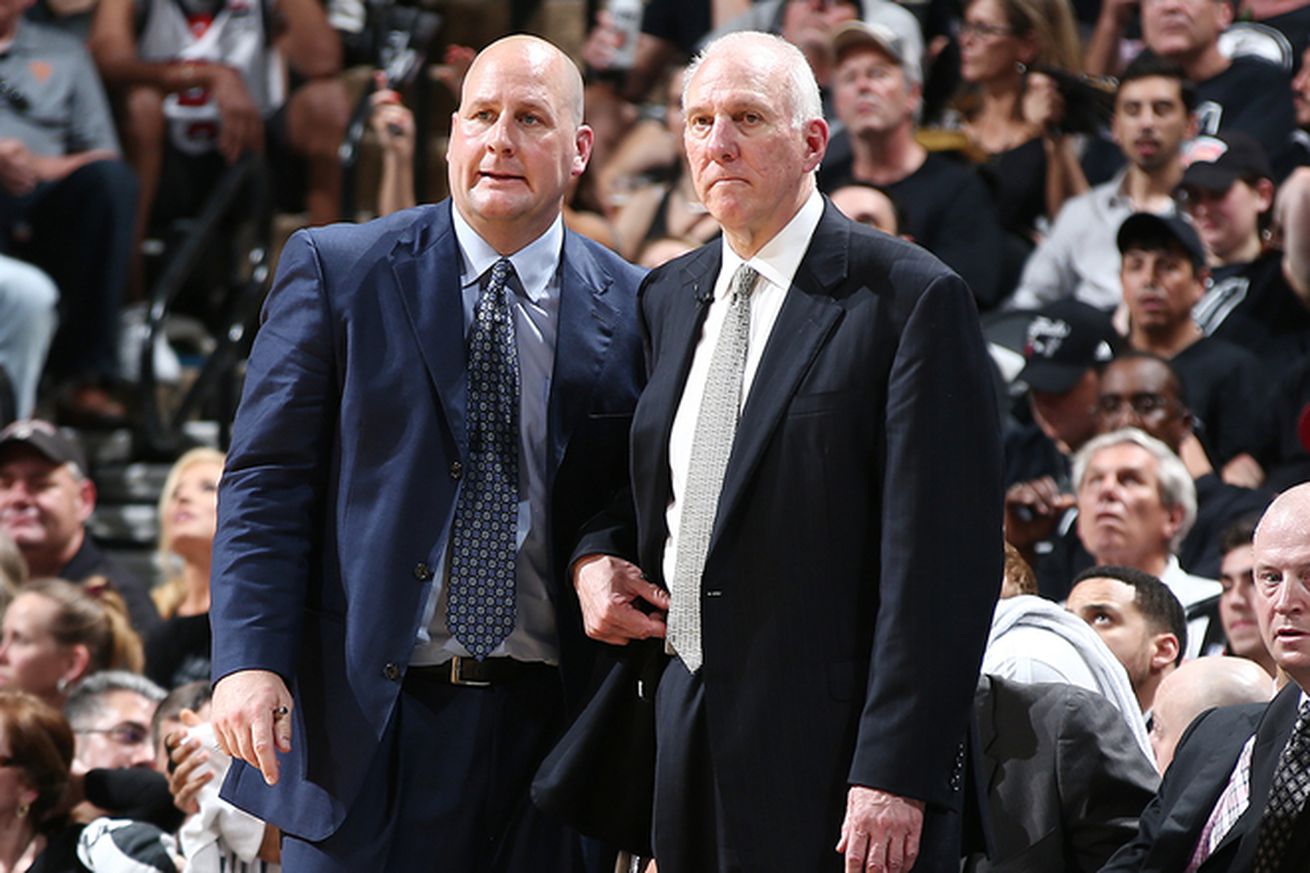 There’s a stark contrast between the playing style of San Anronio’s starters, and that of the bench.

You can count on three things: Death, taxes, and that when the Spurs come to Los Angeles to play the Lakers, I will be at the game. Which makes me wonder if death and taxes would stop if I stopped attending the Spurs at Lakers games.

I don’t know the answer to that question, as I did in fact attend Wednesday’s hard-fought loss, in good seats to boot. Those seats were a few rows behind Denzel Washington, and allowed me to take this picture of a first-half highlight – one of my better live basketball shots. It also showed that LaMarcus Aldridge does occasionally get off the floor.

My good seats also gave me a close-up view of the Lakers’ offense in the second half. Let me tell you, “Downhill LeBron” — the moments in which LeBron James gets a head of steam after a steal or long rebound — is a scary thing. In those moments, and there were several, LeBron is clearly still LeBron.

I don’t need to do much reporting on the game itself, as this piece by CharlieOCharles provided an excellent summary. One particular point in his summary reflected something I noticed during the game:

“The team’s starting five – Bryn Forbes, DeMar DeRozan, Dante (Cunningham), Rudy Gay and LaMarcus Aldridge – played 34 possessions together and recorded a grand total of one assist in that time.”

Especially when attending the game live, you can see that the Spurs seemingly have two distinct offenses. One involves clearing a side and letting LMA, Rudy or DeMar work on their excellent isolation games. While generally effective, that iso-heavy approach represents a sea of change from the Beautiful Game offense of years past. In my Thursday and Sunday games, we still refer to a series of passes and cuts leading to a basket as “Spursian.” The Spurs’ present iso-heavy game is not at all Spursian.

Luckily, we still have some Legacy Spurs — Patty Mills, Davis Bertans, Marco Belinelli, and Pau Gasol (when healthy) — who provide us with some nostalgic Spursian play. I know Gregg Popovich prefers that too, though much of his excellence as a coach comes from his ability to adjust his game to that of his players. Most coaches do the opposite.

Speaking of Pop, I raised a thought experiment last night with my game companion, former BYU hoops star and 10-time (!!) Senior Division world champion Steve Carlston. This is the experiment:

Imagine that Pop actually did what he hinted at many times: retired at the same time as The Great Tim Duncan. The Spurs would have surely replaced him with a present or former Spurs assistant. For this thought experiment, make the new Spurs head coach ex-assistant Jim Boylen, who was in fact just hired as new coach of the Chicago Bulls.

Imagine that the Spurs’ seasons after Duncan and Pop played out exactly the same as they did with Pop as coach, including the trade of Kawhi Leonard and Danny Green to Toronto last summer. Clearly, imaginary head coach Boylen would have been cut some slack after Duncan retired. His first year would have been a success, making the Western Conference Finals, and losing to the Death Star Warriors only when Zaza Pachulia killed Kawhi. Of course, many would say Boylen was just using Pop’s system.

The next year, there would be some criticism. Even though having Kawhi for only 9 games would be an excuse, the team faded down the stretch, fell to 7th in the West, and fell quickly to those same Warriors. And this summer, Coach Boylen was unable to persuade Kawhi to stay.

This season, however, would be the subject of much criticism of Coach Boylen. Indeed, there has even been criticism of Pop for the team’s “outdated offense” and inability to defend. If the national and (to some extent) local media is critical of Pop, can you imagine the criticism of imaginary Coach Boylen? The three blow-out losses in the past five games, and another bad fourth quarter last night. Coach Boylen’s inability to keep Kawhi a Spur. The insistence on starting 4 veterans instead of developing the young talent.

What do you think? If Pop had retired with The Great Duncan, would the present Spurs coach be “on the hot seat”?