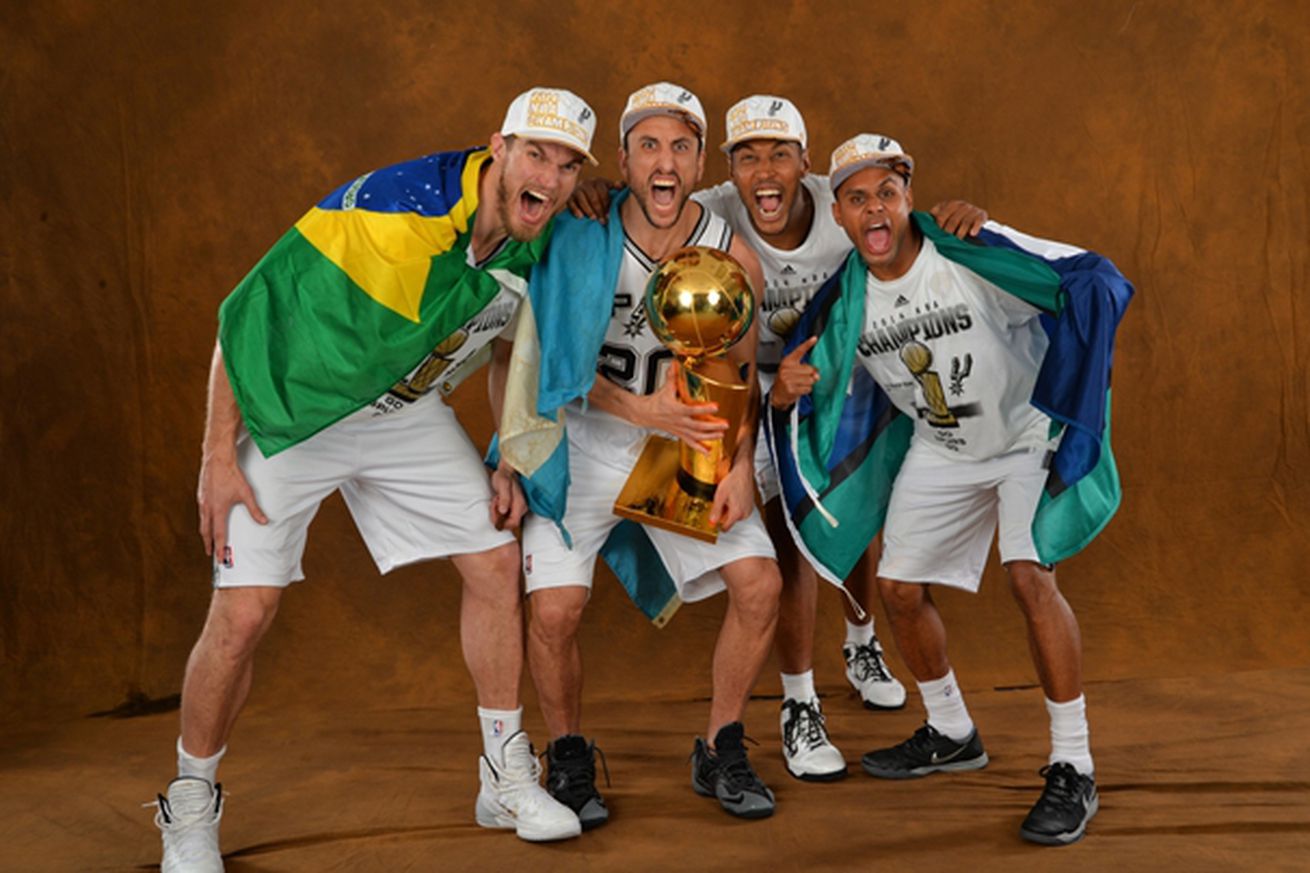 Some of Manu’s teammates reflect on their favorite Manu Moments.

It’s almost that time. In ten days, the Spurs will be raising Manu Ginobili’s jersey to the rafters following their home match-up against the Cavaliers, and #20 will be etched in Spurs lore for all eternity (not that it wasn’t already). As that day draws nearer, the Spurs have been releasing a series of videos called “Manu Moments”, where his former teammates and coaches reflect on their favorite memories of Manu, whether it was on the court or just being around the person.

Here are the first six, and we’ll continue to post more as they come out.

“I’m so fortunate and lucky for having a role model so close to me.”

For @Patty_Mills, a bond created over a postgame meal during the 2012 Playoffs marked the beginning of a lifelong friendship.

Whether it was over dinner or on the biggest stage, we all have our Manu moments. In 20 days, No. 20 goes to the rafters.

Help us celebrate by sharing your Manu moment with #GraciasManu. pic.twitter.com/tkQkYEQ5Yq

.@tiagosplitter‘s scrapbook filled with memories is a gift from Manu that he continues to cherish.

Have a Manu moment? Share it with us using #GraciasManu. pic.twitter.com/LbSJDmZu6c

“He was a catalyst for the team.”

Sean Marks credits Manu for the camaraderie he helped build through the years. #GraciasManu pic.twitter.com/qfW3L4fMaJ

“I want to thank Manu for making me a better person.” – @Barryathree#GraciasManu pic.twitter.com/UbLeGIEgCc

There are more to come! If you can’t see the tweets you can click here to visit the archive on Spurs.com’s Gracias Manu page. (Note: Yes, two more Manu Moments were released last night, but we agreed six per post is enough, so they will be included in the next Manu Moments post.)