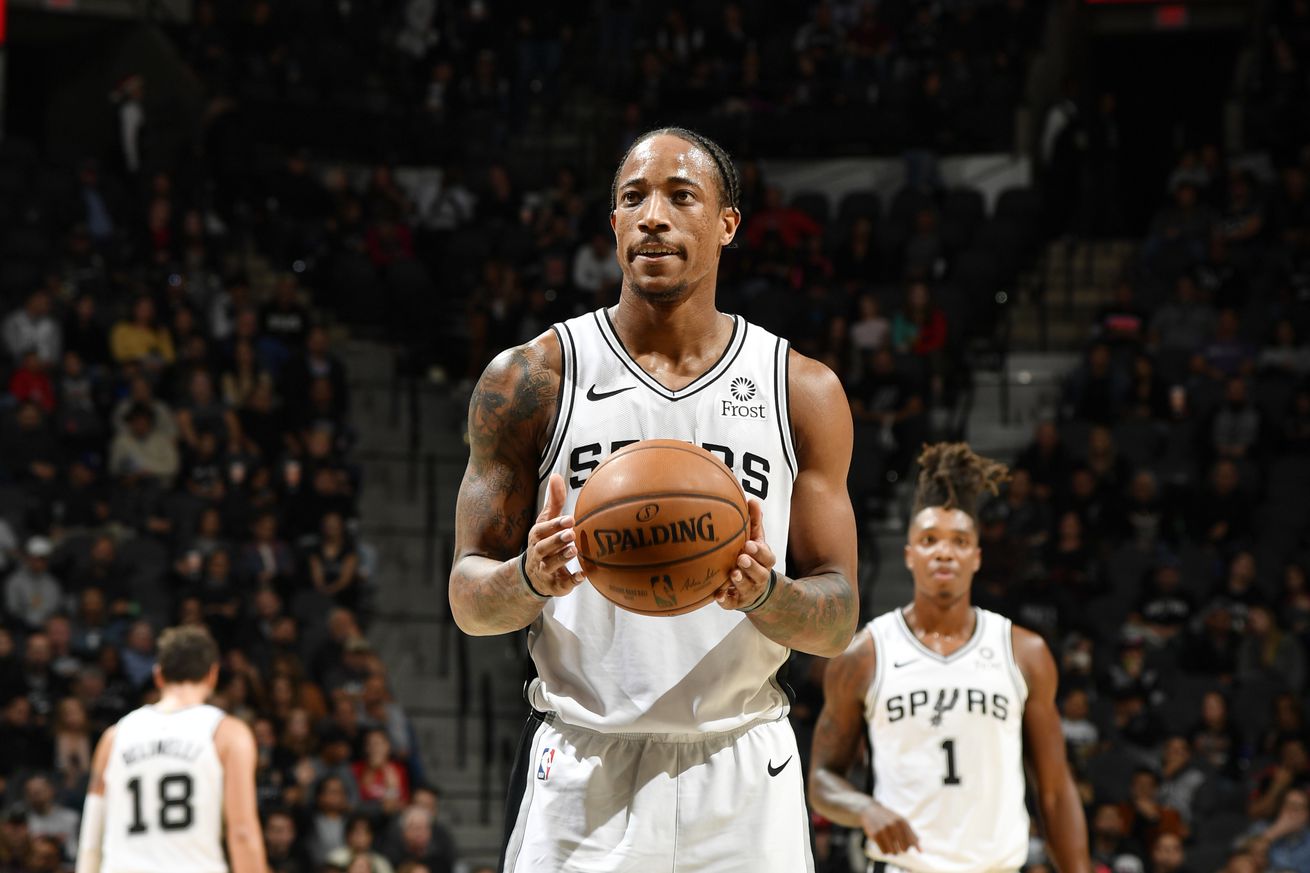 DeRozan’s struggles at the free throw line in crunch time continue as he bricks two game-clinching freebies that allow the Cavs to tie the game at the end of regulation. | Photos by Logan Riely/NBAE via Getty Images

The Spurs’ overtime success comes to an end as Cavs break their 8-game losing streak in San Antonio.

San Antonio played their third straight overtime game, but lost to the Cleveland Cavaliers on Thursday night. The Spurs once again overcame a sizable fourth-quarter deficit to retake the lead, but couldn’t hold on, losing 109-117.

DeMar DeRozan led the Spurs with 21 points on 8-of-17 shooting, closely followed by 18 points from LaMarcus Aldridge. Kevin Love led Cleveland with a season-high 30 points, and Collin Sexton left his defenders in the dust on his way to 28 points.