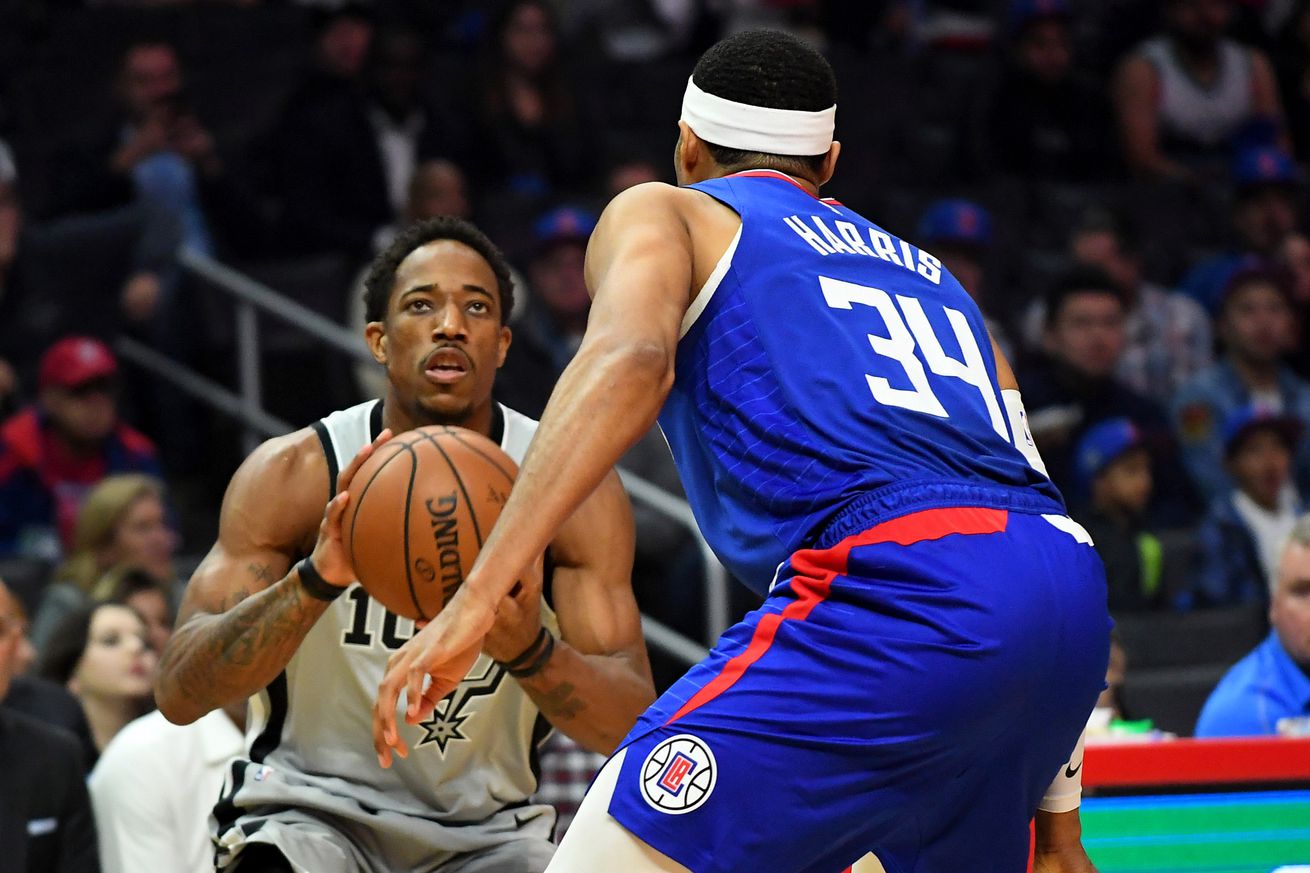 A scrappy game where both sides alternately scored easily and fell into scoring droughts ended with the Clippers sneaking away with a win off a costly turnover by the Spurs at the very end.

Unlike last night, the Spurs came out tonight with more bounce and kept up with the Clippers for most of the game. Certainly the Spurs’ recent struggles can be attributed to DeMar DeRozan’s and LaMarcus Aldridge’s recent shooting slumps. Fortunately DeRozan found a groove again as he was more aggressive on offense. Aldridge continued to struggle with his shot, but he found other ways to contribute as always.

The two teams traded several extended runs throughout the night. Los Angeles held the lead for most of the night and seemingly kept San Antonio at arm’s length. The Clippers controlled the flow for much of the game, but the Spurs were able to pull close by tightening up their defense. In the end, though, a rare turnover at the worst time possible cost the Spurs a chance to steal the game.