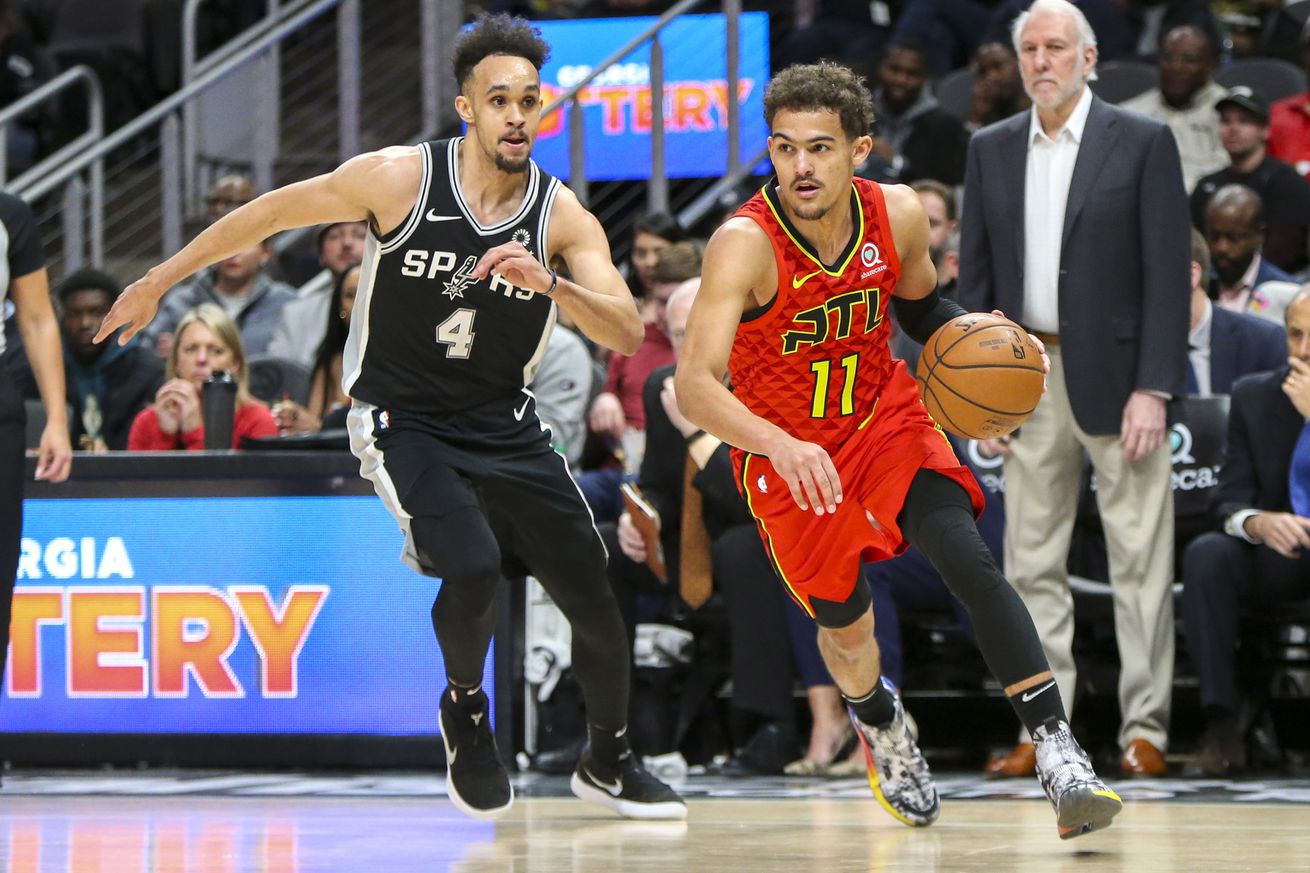 The Spurs needed to win on the road, and they got it.

After a successful three-game homestand, the Spurs returned to the dreaded road to take on the Atlanta Hawks. In a refreshing change of scenery, the Spurs actually took care of business in semi-convincing, if unspectacular fashion for a 111-104 win. The Spurs were in control most of the night, and despite failing to ever pull away (even giving up the lead a few times) they always had an answer to the Hawks’ runs and performed well in the clutch, which is more than can be said for the RRT Spurs. I’ll take it.

LaMarcus Aldridge led the Spurs with 32 points and 9 rebounds, and Derrick White continued his stat-stuffing ways with 18 points, 9 assists, 6 rebounds, and a career-high 6 blocks. He also played amazing defense on Hawks’ ROY candidate Trae Young, who had 24 points on just 8-24 from the field.

The Spurs return to San Antonio on Sunday to take on the league-leading Milwaukee Bucks. Tip-off will be at 7:00 PM CT on FSSW.