Pep Guardiola has confirmed that Leroy Sane was back to full fitness ‘weeks ago’ and the winger could return in Wednesday night’s match against Arsenal.

He has not played first team football since but appears to be ready to return to Guardiola’s squad for the conclusion of the season. 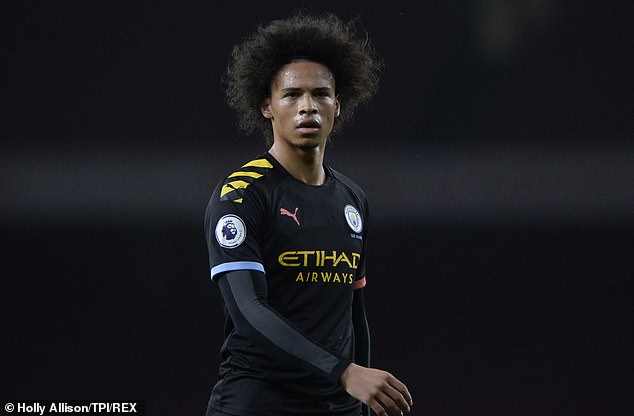 Leroy Sane, pictured in a recent under 23 match, is back to full fitness after injury absence 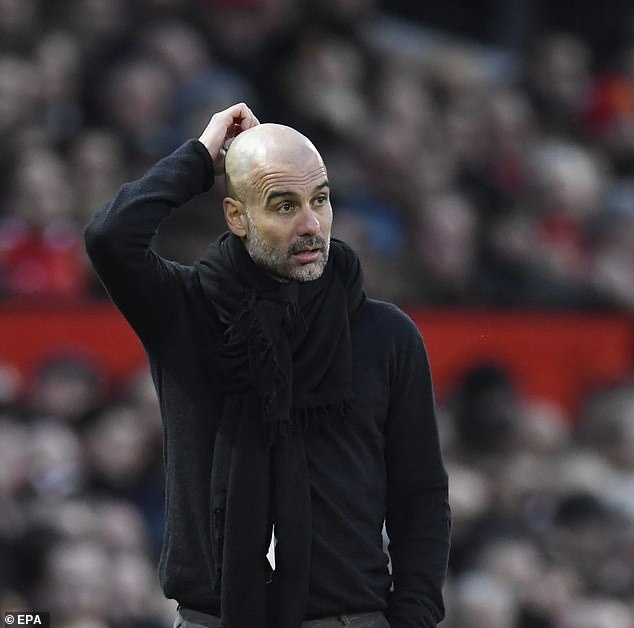 ‘He’s training. He’s not injured,’ said Guardiola in a press conference ahead of Arsenal’s visit.

‘We are going to decide but he was ready weeks ago. He’s getting better every week.

‘I have many thoughts [about whether he should play]. All good thoughts.’

With Liverpool 25 points clear of City and poised to secure their first league championship in 30 years, Guardiola’s side will concentrate on cup competitions as Sane returns. 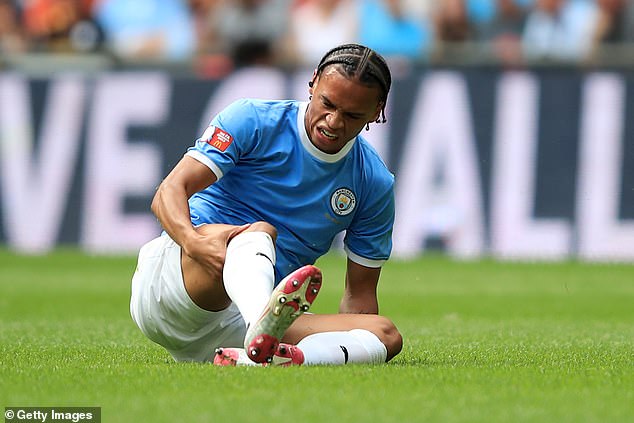 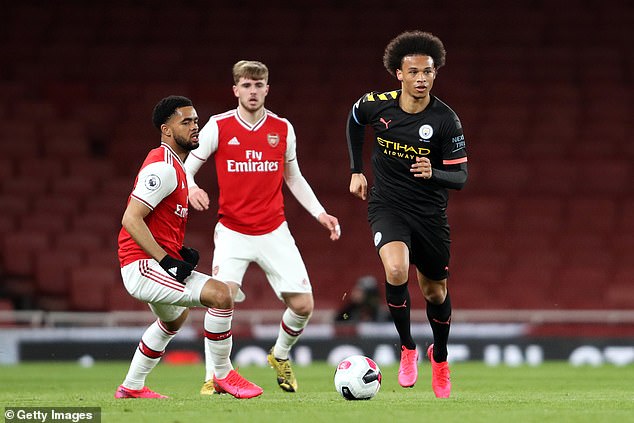 They have already retained the Carabao Cup, face a visit to Newcastle United in the quarter-finals of the FA Cup and lead Real Madrid 2-1 entering next week’s second leg of their Champions League last-16 tie.

Guardiola confirmed that defender Aymeric Laporte and midfielder Kevin de Bruyne, who both missed Sunday’s 2-0 defeat to Manchester United, are back in training.

But he added: ‘I don’t know if they will be able to play on Wednesday. We’ll have another session tomorrow and the rest will be okay.’