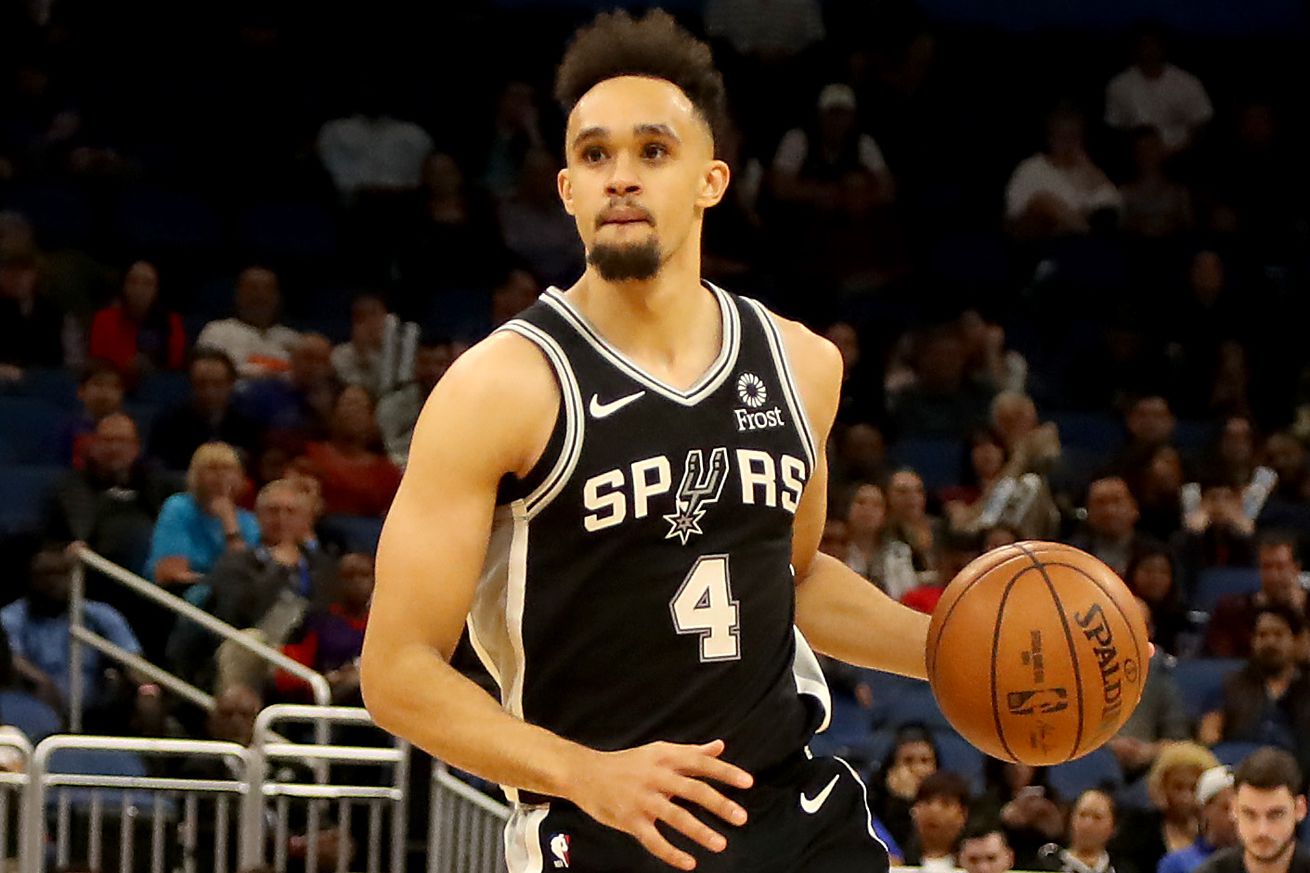 Just one stat in a quite impressive line.

Derrick White has been awe-inspiring. More than imposing, he has become essential to the San Antonio Spurs’ continued success. He’s revealed a bevy of tricks, a cool head under pressure, and abilities reflecting a high basketball IQ. The significance of his stat line last night tells you all you need to know:

Derrick White is the first player in NBA history under 6-foot-8 to post the numbers he did tonight.

If the early dunk on 7’1” Alex Len wasn’t enough (and I personally thought it should have been an “and-one” since White was whacked in the head), #4 put on a show all night long.

From the perspective of the Spurs, stats like these have only been acquired by two legendary players:

Only two other Spurs with those numbers in a game in history:

But on a national level,

His contributions aren’t just limited to the offensive end. He’s a fabulous defender. Just under a year after Danny Green was the first Spurs guard to record six blocks, White hit the mark (obviously a career high).

Add 18 points, 9 assists, and 6 rebounds, and it begs the question: could Derrick White be the next player in the NBA to pull a quadruple-double? It’s not outside the realm of possibilities.