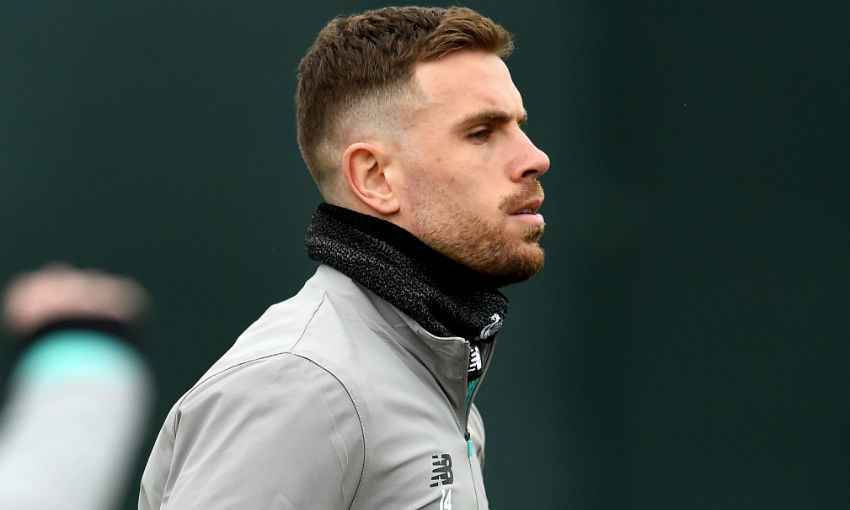 Liverpool are set to welcome Jordan Henderson back to their matchday squad for Wednesday’s Champions League showdown with Atletico Madrid.

The captain is in contention to figure at Anfield in the second leg of the last-16 tie, having been ruled out with a hamstring complaint since the first meeting in Spain last month.

Jürgen Klopp told his pre-match press conference at Anfield: “Hendo is ready but what we do with that, I don’t know… or maybe I know and I don’t say!”

Meanwhile, Andy Robertson is also set for a return.

The defender was left out of Liverpool’s squad for Saturday’s win over Bournemouth as a precaution but is available to face Atletico.

However, Klopp did confirm the Reds will continue to be without the services of Alisson Becker, with his hip issue also likely to rule him out of Monday’s Merseyside derby at Everton.

Robertson is one of three players one caution away from a suspension in the tournament, with Joe Gomez and Sadio Mane also in danger of missing the first leg of the quarter-final if they were to be booked and Liverpool progressed.

If selected, it’ll be Gomez’s 100th appearance for the club in all competitions.

Atletico, meanwhile, named a 24-man travelling squad for the tie on Tuesday morning.

Joao Felix, Kieran Trippier and Hector Herrera were among the players that arrived on Merseyside after the trio missed the first leg due to injury.

A thigh issue forced Thomas Lemar off midway through that encounter, but the French midfielder has travelled with the La Liga outfit.

Alvaro Morata, however, will undergo a late fitness test to determine if he has sufficiently recovered from a muscular problem, according to his manager.

“Now we’re going to look at him during training,” Diego Simeone said of the striker’s condition. “We will see him train and see how he is then.”

On the match itself, Simeone added: “They are a team that’s going to make a name for themselves, lots of options, lots of ways of hurting you in attack.