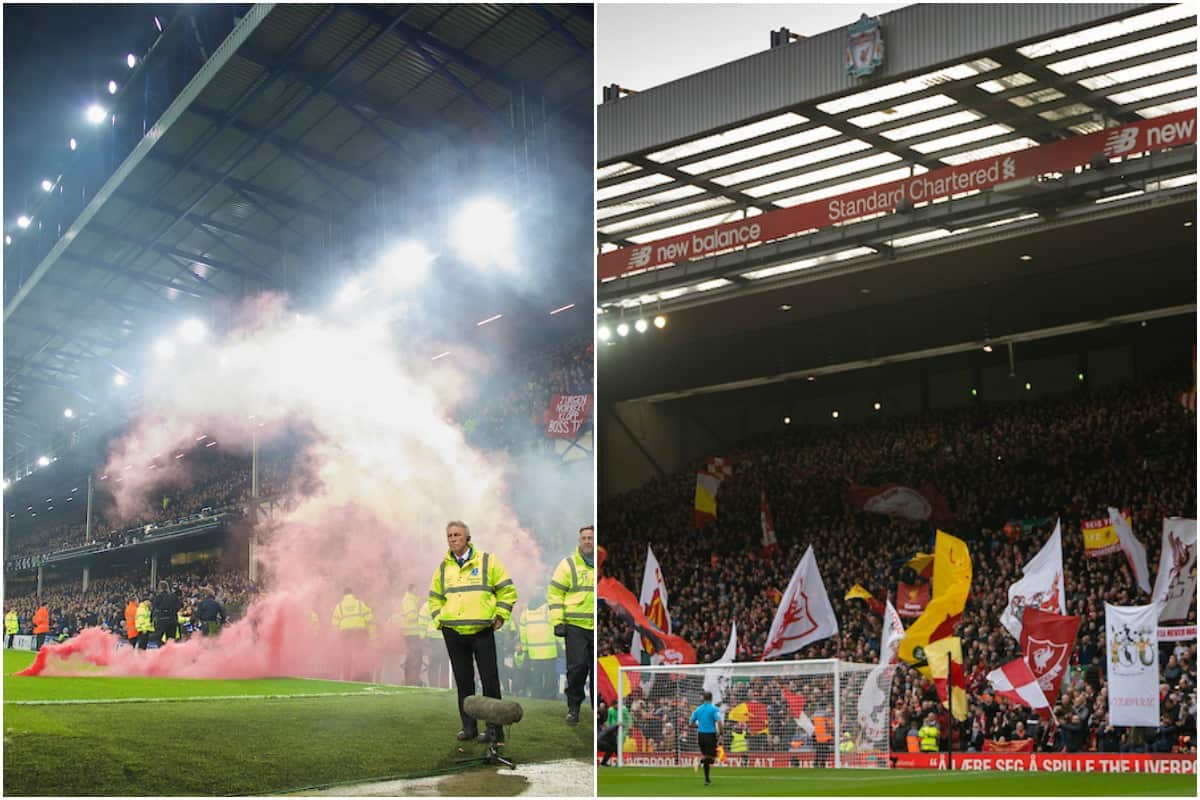 The location of Liverpool’s potential Premier League triumph has narrowed, and fans continue to present opposing views of winning at Goodison Park or Anfield.

Liverpool’s season gets more remarkable by the day, with the window for the title officially heading to Anfield after a 30-year long wait moving to within six points.

The win over Bournemouth coupled with Man City’s defeat at the hands of Man United over the weekend opened up the possibility of officially securing the title against either Everton or Crystal Palace.

With City to play two more league games before Liverpool kick a ball, a total of just four points from their home games against Arsenal and Burnley on Wednesday and Saturday respectively will see Jurgen Klopp’s men clinch the title at Goodison with a victory.

Alternatively, if Pep Guardiola’s side fails to pick up a single point then Liverpool will be crowned Premier League champions over 48 hours prior to taking to the field against Everton. 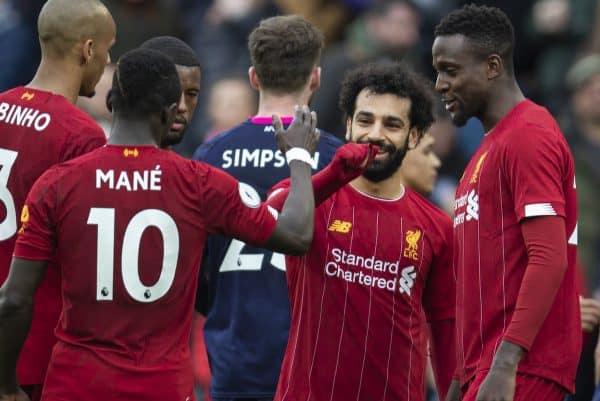 City currently sit 25 points behind the Reds, but if they were to win both of their games it would present the chance to seal the historic triumph on home soil – by first securing three points against Everton on Monday night and then again the following Saturday against Palace.

Either date will see Liverpool secure the title at the earliest point in history, surpassing the record held by Man United in 2000/01 when they successfully defended their crown with five games to spare on April 14.

Such scenarios have led to widespread debate throughout the season, with fans’ preferences differing on the location of securing the title home or away – a privileged position with many no doubt having expected a dramatic last day of the season to complete the job.

This Is Anfield asked fans on Twitter which they would rather: a title triumph at Goodison, or at Anfield following the Palace clash.

And the results went the way of the latter, with 56 percent of the 14,023 fans who voted eager to see Klopp’s men bring an end to the league title drought in front of the home faithful.

It would follow in the footsteps of the last team to secure the league title, with the 1989/90 side sealing an insurmountable lead with a 2-1 win over QPR at Anfield with two games to spare.

For many, Anfield posed as the more meaningful and significant venue after a 30-year wait.

“Anfield would be much more significant and meaningful seeing as it’s been 30 years. We want to do it where we have lived all the emotions at. OUR FUCKING HOME, ANFIELD ROAD,” @Seanconno10 explained.

The head and the heart want two different things for @Nick___Collins, writing: “Win it at Goodison for the laugh – to turn their chant last season against them (like the Tottenham winning the cup one) but my heart says Anfield in front of a full house of crying people.”

For @hewitt_day, it was not necessarily the location but more the timing that a triumph that Goodison would provide, saying: “Goodison, not because of anything to do with Everton.

“But because it’s sooner, just want it won, as soon as possible.”

And the decision-making process should have nothing to do with Everton and their reaction to Liverpool’s title win for @jersey_viking:

“Why would anyone want to win it at Goodison? For what, rubbing their noses in it? Most important moment for 30 years and people are more bothered about Everton.” 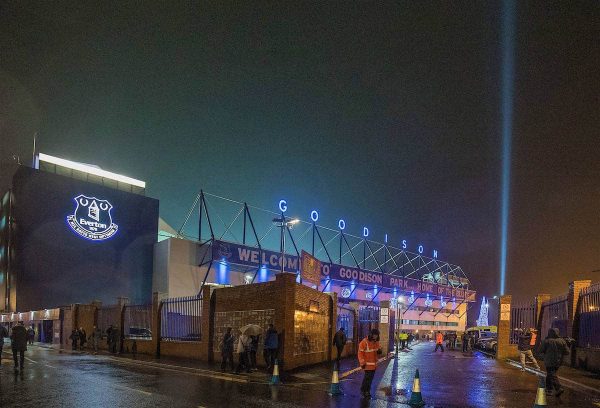 Many, however, did not have a strong preference as simply winning the league will be a moment to cherish regardless of the stadium it takes place in, while fears over games behind closed doors due to the coronavirus were also on people’s minds.

It’s a momentous and incredible position we find ourselves in and it is thanks to the efforts of Klopp’s men who are setting an almighty benchmark on their way to picking up the club’s 19th league title.

And whether that is at Goodison or Anfield, the scenes of celebration will be one to savour.