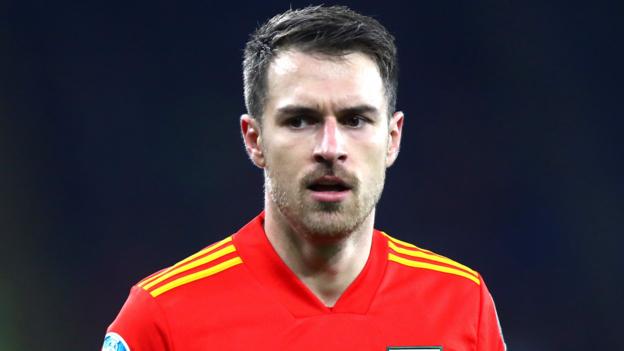 Juventus midfielder Aaron Ramsey could miss Wales’ friendlies this month as a result of the coronavirus lockdown in Italy.

The Football Association of Wales will assess the situation before Ryan Giggs announces his squad for the home games with Austria and USA.

The FAW has indicated Ramsey will be guided by the Italian authorities on whether he can travel for the games.

Ramsey, 29, is one of Wales’ most influential players.

Italy is extending its strict coronavirus quarantine measures, which include a ban on public gatherings, to the entire country.

Prime Minister Giuseppe Conte said people would only be permitted to travel for work or family emergencies.

He said that all sporting events – including football matches – were being suspended nationwide. The measures come into force on Tuesday.

On Sunday, Ramsey scored one goal and claimed an assist in Juve’s 2-0 Serie A victory over Inter Milan, which was played behind closed doors at the Allianz Stadium.

Giggs is scheduled to announce his squad at some point next week for the 27 March friendly with Austria at the Liberty Stadium and the game against the United States at the Cardiff City Stadium three days later.

Ramsey, capped 60 times, played only one full game in Wales’ Euro 2020 qualifying campaign, scoring both goals in the 2-0 home win over Hungary which clinched his country’s place at this summer’s finals.

The Italian government said only those with a valid work or family reason that cannot be postponed will be permitted to travel.

Passengers departing on flights, except temporary visitors, will have to justify themselves, as will all those arriving by plane.