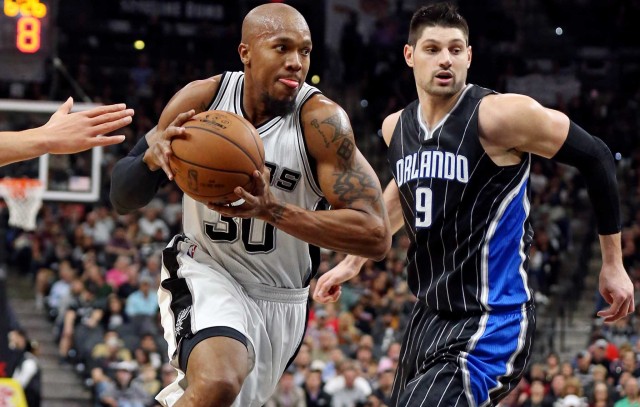 Leading off the discussion this week is the explanation for David West’s dramatic field-goal percentage improvement since he joined the Spurs:

David West has been a 49 percent shooter from the field for his career. Through February of this season, he’s at 58 percent, far and away the best of his career. Why is he shooting so well in his first year with the Spurs?

The opposite is true as well. West is getting better looks than at any point in his career when he was not playing with Chris Paul, and it shows in his numbers. You know who else is having a near-career year shooting the ball? LaMarcus Aldridge. He’s hovering right at 50 percent, well over his career mark and his best season since 2011-12. That’s the Spurs effect.

Tom Orsborn: Hard to improve on what Jeff laid out, but I think another factor is West doesn’t feel the pressure he might have experienced earlier in his career with other teams to shoulder the load or be perfect. The Spurs have so many weapons that no one player feels the burden to be great all the time. Although that might be a strange feeling for Aldridge after beingThe Man for so many seasons in Portland, it’s probably a relief for West at this point in his career……….Read More