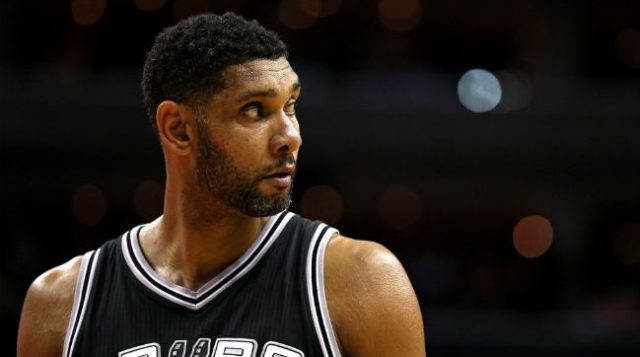 Anyway, Duncan’s retirement is probably coming sooner rather than later. The 19-year veteran likely can’t play for much longer, so we all are going to have to come to grips with the quietest, most consistent superstar in league history hanging them up. It’ll mark the first retirement by a transcendent star since Kobe Bryant ended his career last week, but unlike Kobe – whose retirement tour featured a fair amount of hoopla – Duncan wants to go out quietly. When asked about whether he wants to have a big ol’ tour, Duncan simply told the San Antonio Express-News that a victory lap is “not my deal” and “not my style.”

It would actually be kind of cool to see Duncan go out in a blaze of glory with something like this. Despite being lauded as one of the best players ever, Duncan is still somehow underappreciated by basketball fans who insist that he’s boring……Read More

Source: Would Tim Duncan Ever Have A Kobe Retirement Tour? ‘Not My Style’