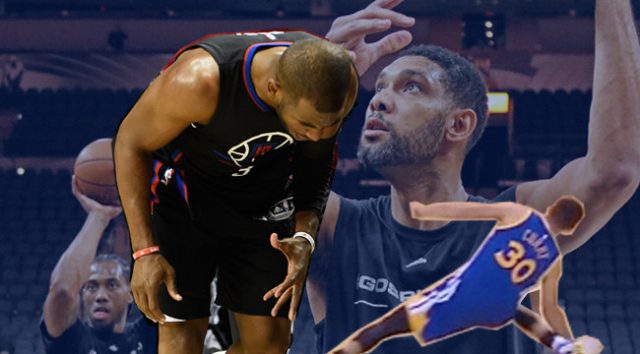 Sometimes, the difference between a championship ring and an early-round playoff exit is as small as the circumference of the slippery area on the hardwood where a player just fell.

Chris Paul isn’t “likely” to return to the Clippers this year, not after breaking the third metacarpal in his right (shooting) hand during LA’s Game 4 loss to the Trail Blazers on Monday. The recovery time is said to be between three and six weeks, and it’s not clear if the Clippers will even be playing for one more week. But LA was more of a peripheral contender in the West anyway.

Steph Curry and his two-week convalescence for a Grade 1 MCL (medial collateral ligament) sprain in his right knee is a different story. We don’t know how long Steph will be out. He could be out for a few days, or the two weeks the Warriors gave as a very tepid timetable before they re-evaluate him. Or, it could take a lot longer than that. You never know with the knee.

“It’s definitely one of the better diagnoses to have because he’s not going to need any surgery for it and he can really be expected to make a full recovery within a few weeks,” Dr. Alexis Colvin — an orthopedic surgeon specializing in sports medicine at the Icahn School of Medicine — told the San Francisco Chronicle.

But, as the Chronicle also notes, the reigning FIFA Women’s Player of the Year, Carli Lloyd, suffered the same MCL strain last week, and they listed her recovery period as 3-6 weeks — the same as Chris Paul. Everything is qualified, and now so is the Western Conference playoff bracket that looked a lot more conclusive even less than a week ago.

The Clippers might not get past the Blazers in the first round. Paul is out, and Blake Griffin injured his left quad in Game 4, too. He didn’t play in the final 5:48 of the game, and Doc Rivers said Griffin’s chances at playing in Game 5 back in Los Angeles were “50-50.”

Paul’s broken hand combined with Steph’s tweaked knee, and all of a sudden the Western Conference looks like it’s the Spurs’ for the taking…..Read More

Source: With Steph Curry & Chris Paul Banged Up, Are The Spurs Now Favorites?