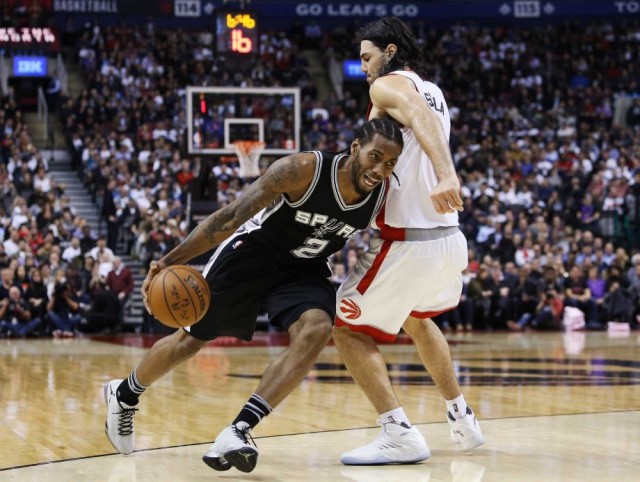 TORONTO – If Kawhi Leonard had to do it over again, he probably would have had the chicken. Or maybe a nice salad. Or some kind of fish. Two days after consuming the Cheese Steak Sandwich of Death in Philadelphia, the Spurs’ leading scorer was back on the floor Wednesday night at Toronto’s Air Canada Centre. But not really. With Leonard floating through three quarters, and the Spurs projectile vomiting the ball all over the arena in a first-half rash of turnovers, the Raptors led wire-to-wire for a 97-94 victory. “I thought toward the very end of the game, he started to look fairly normal again,” Spurs coach Gregg Popovich said of Leonard. “Obviously, he wasn’t himself.” Make no mistake. The Raptors earned this game. With DeMar DeRozan (28 points) and Kyle Lowry (19 points, eight assists) offering a foreboding preview of what might happen when the Spurs finally face Golden State’s mighty Splash Brothers next month, Toronto shot 57.8 percent against the NBA’s top defense…..Read More