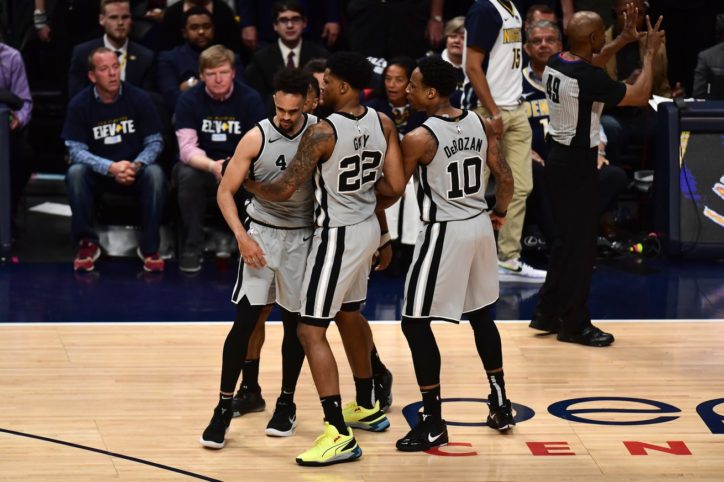 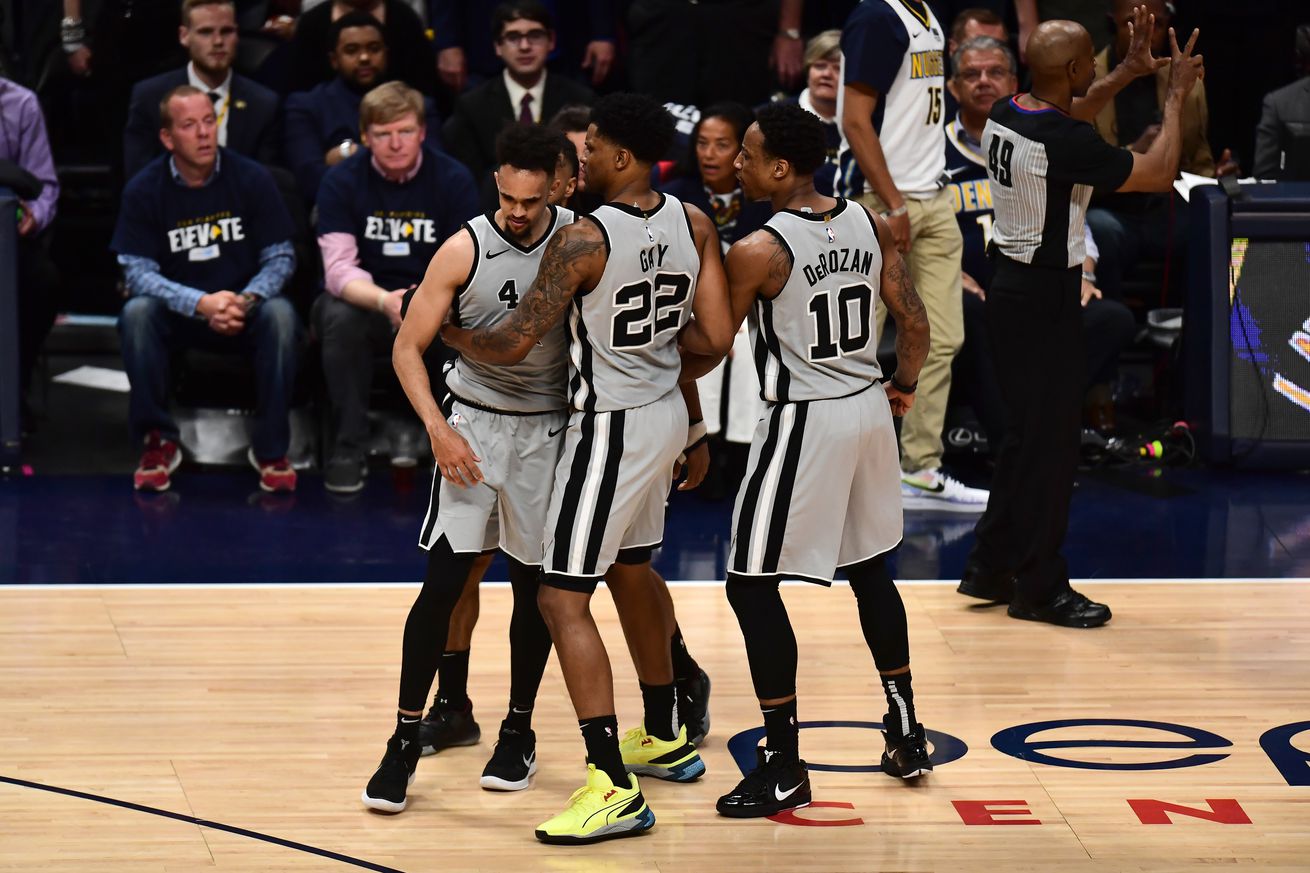 White’s dunk on Paul Millsap changed a game and reminded the league that a new era of Spurs basketball is starting.

A single play can tell us a lot about a player. In this new series we’ll take a look at the best or more meaningful moments from every Spur, hoping they can provide some insight into what makes them who they are. First up, Derrick White.

The Spurs needed someone to step up. The Nuggets were making their push in the third quarter of Game 1, cutting a 10-point lead by seven. The crowd was into it, helping the young squad build momentum. Both teams had gone cold for a couple of minutes, but Denver was sharper and smelled blood.

The Spurs needed a bucket but couldn’t get one. LaMarcus Aldridge missed a short fadeaway, then Rudy Gay couldn’t hold on to the offensive rebound. The Nuggets were running, with Nikola Jokic leading the charge. Bryn Forbes stopped the ball, but Will Barton was left open for a trailer three in the secondary break. The Spurs were lucky that it hit front rim.

Derrick White got the rebound and dribble up court with urgency but no rush, like he does everything on the court. San Antonio didn’t really have numbers, so the Nuggets started to settle into their half court defense, leaving the paint to find their men while Jamal Murray sprinted back to White, who was surely going to wait for reinforcements. Bad idea.

Everything that makes White such a captivating offensive player was on display on that sequence. The offensive awareness to notice that a path to the basket had opened; the explosiveness that has caught announcers off guard several times this season; and, more importantly, the Manu-esque timeliness to make plays that he had showed on his better outings, all coalesced to create the signature moment in a breakout season full of other worthy candidates. With that dunk Derrick White stopped being one the league’s best kept secrets and became one of the reasons why a lot of analysts will have a much more optimistic outlook for the Spurs next season.

It was also the moment in which it became reasonable to believe in an upset that would unfortunately never come. A single play is rarely, if ever, as important to the outcome of a game — much less a series — as we’d like to pretend, but if there is one that can approximate that level of impact, it’s that dunk. It not only stopped an 8-1 run to start the second half but was also San Antonio’s first bucket in almost five minutes. The Nuggets didn’t fold after it, but it was as deflating as a bucket can be. It showed Denver that these Spurs, who had struggled on the road all season long, even against inferior opponents, could now take a punch away from the AT&T Center and not only not go down but swing back.

White faded as the series went on after a fantastic first three games, but his impact in his first playoffs as a rotation player was undeniable. He locked down on defense, which was somewhat expected, but also forced a big adjustment by the Nuggets with his offense. It was as promising a postseason performance as could have reasonably been expected of him, proof that Spurs fans were right to tout him as a potential cornerstone despite rather pedestrian regular season numbers.

A dunk is just a dunk, except when it isn’t. White’s detonation on Millsap was worth two points, but its significance was greater than that, both in the moment and because of what it signaled about his and the team’s future. The new era of Spurs’ basketball announced itself to the NBA world in an uncharacteristically strident way, with a clear message: The kids are ready now. Anyone who stands in their way, beware.

With a dunk, Derrick White forced the NBA to notice him
Source: Pounding The Rock