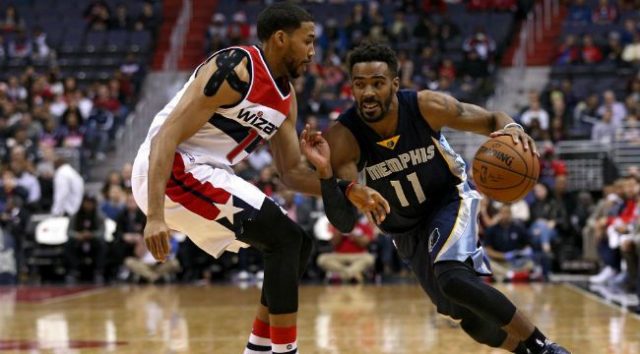 Mike Conley, Jr. is the top point guard on the free agent market this offseason. The veteran, and career-long member of the Memphis Grizzlies, will find plenty of teams trying to lure him away for the final few years of his prime. Though he is coming off a season in which he only played 56 games and missed the playoffs due to a foot injury, he’s still a good point guard who will yield a big deal.

One of the teams that may be after him is the San Antonio Spurs, but there is an issue there. That issue? Tony Parker.

According to ESPN’s Tim McMahon, Conley has concerns about going to the Spurs because of the presence of Parker. Parker is a six time All-Star and a four time NBA champion with the Spurs, and he’s been a key cog of the San Antonio dynasty for years. Looking at that, it would make sense why Conley would feel some trepidation. On the other hand, Parker is 34, and last year he played the fewest minutes per game of his career. Much like Tim Duncan and Manu Ginobili, Parker’s starting to take on a lesser role with the Spurs. If Conley signed with San Antonio, he would likely be the lead point guard right away, and definitely a season or two down the road…..Read More

Source: Will Tony Parker Keep Mike Conley From Signing With The Spurs?