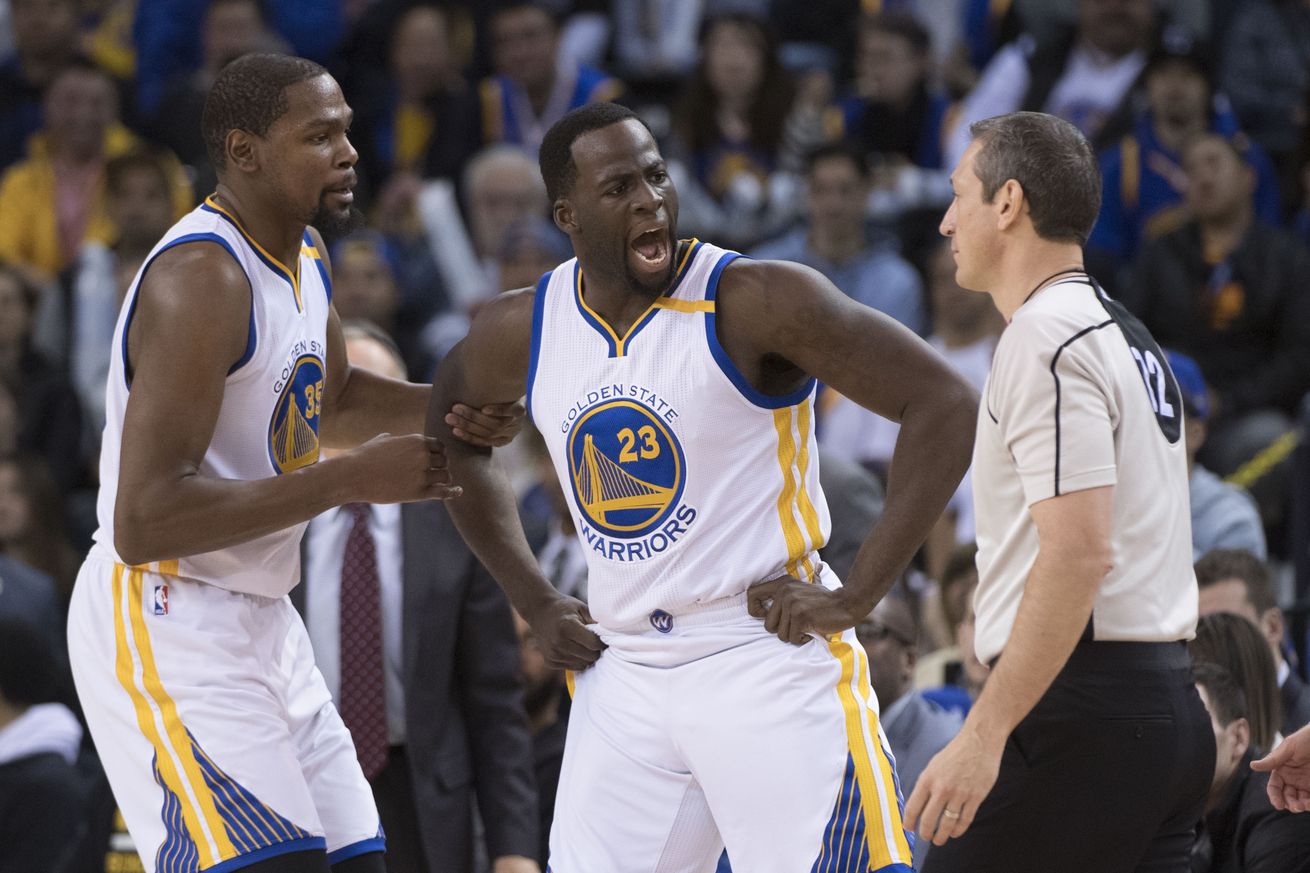 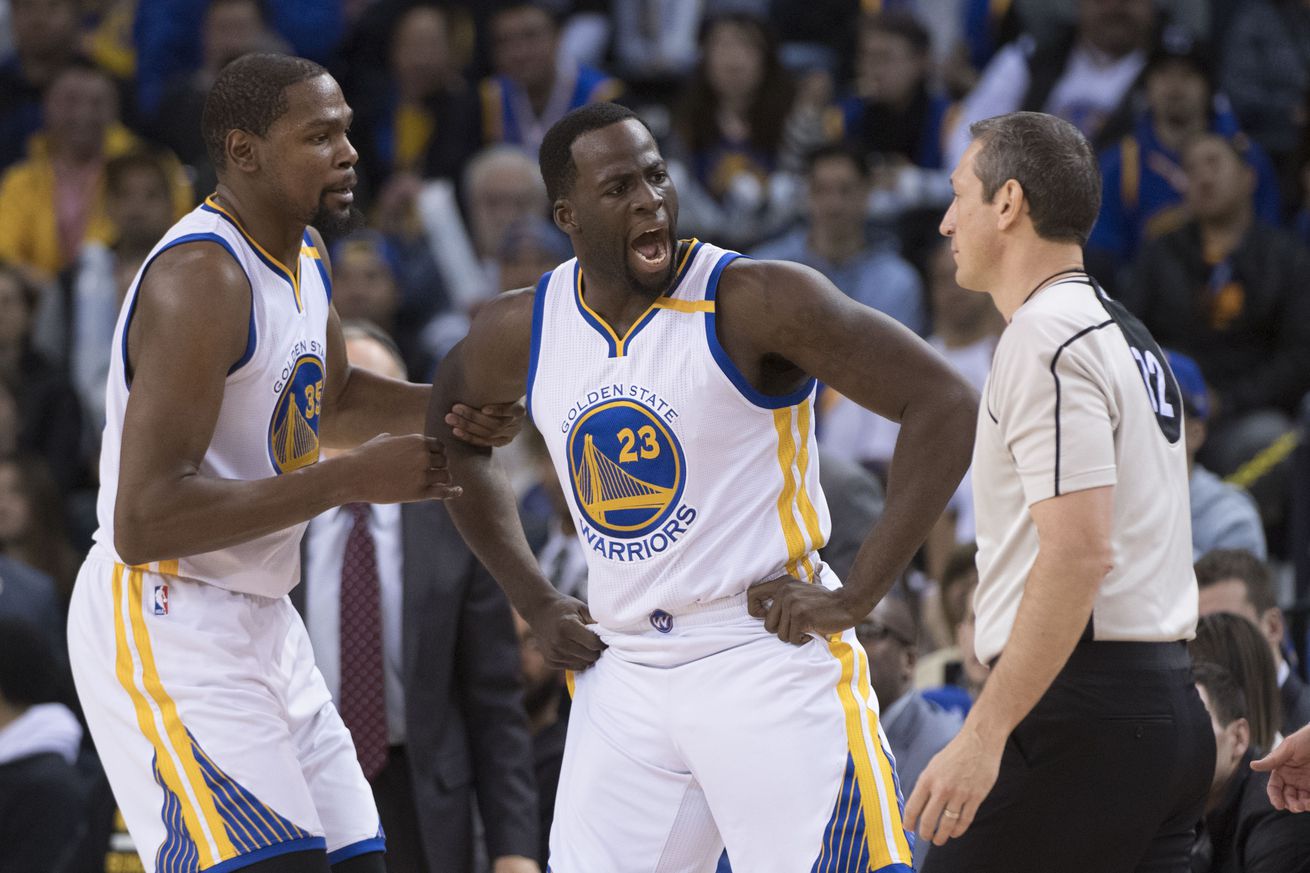 Introducing Troll Betting, the wave of the future

Last year’s Finals was a doozy, wasn’t it? How did you, personally, experience it? Once you compartmentalized your disappointment about the Spurs being eliminated in the Western Conference Finals were you, as a basketball fan, able to enjoy a competitive seven-game series between the two best teams on the planet, without any emotional investment in the outcome? Were you cheering on Golden State, out of some loyalty/fondness for Steve Kerr and the chance to witness a historic team achieve its ultimate goal? Or did you find yourself pulling for Cleveland, hoping for Warriors fans to suffer some schadenfreude?

One of my friends (whose identity I won’t disclose here for reasons that will soon become apparent), a longtime Warriors fan, had a unique experience. He was incensed by the league’s decision to suspend Draymond Green for Game 5 due to an accumulation of “flagrant foul points.” Absolutely enraged by it. Now my pal isn’t the type to just merely complain on a message board or a blog about some perceived injustice. No, he’s a man of action, and a bit of an eccentric as well.

So he decided to wager against his anger. So certain was he that the powers that be were conspiring against the Warriors in the name of a more compelling series that he decided to drive to Reno, Nevada for the sole purpose of placing a bet for a significant amount of money on the Cavaliers winning Game 5. He did not make any other bets in the sports-book. He did not play any table games. He did not book a room in a hotel. He simply drove to Reno to make one bet, ate a quick dinner at a diner and drove back. Round-trip 10 hours. He could’ve just made the wager online, saving himself time and gas money, but that wouldn’t have been an emphatic enough kick to the basketball gods’ nether-regions.

The Cavaliers won Game 5. My pal drove back to Reno, not to collect his winnings but rather to “let it ride” (double-or-nothing for you virtuous non-gamblers out there) for Game 6. Same routine, same drive, no other bets, no hotels. The Cavaliers won Game 6, easily. I begged my pal to reconsider his plan on the morning of Game 7. I reminded him that no home team had lost a Game 7 of the NBA Finals since 1978. I suggested he bet only a portion of his winnings against the Warriors and not the whole thing. He refused to be swayed. My friend was now a zealot with a mandate, as convinced that he knew what the future contained as you or I would be when asked to name our favorite left-handed Argentine shooting guard.

He drove to Reno a little later than the first two times. He timed it so he’d be driving back home as Game 7 was going on. He refused to watch it or listen on the radio, so consumed by rage and bile by this point. Either his beloved Warriors would repeat as champions or he was going to win a lot of money. I called him afterward to fill him in on the details of the game. A fan to the end, he didn’t sound exactly thrilled about the money. I couldn’t help but be impressed and awestruck by his nihilism.

And so Troll Betting was born.

The concept is a simple one. It’s not about “soothing your pain.” It’s not about selling out against your fandom. It’s actually the opposite. You say you’re a hard-core fan of your team? You say you’d give anything to see them win? Well how much is it worth to you? How much are you willing to spend for the cause?

Since I’m both a sentimental idiot and a masochist, I have an affinity for Alex Smith, a so-so quarterback for the Kansas City Chiefs. While in Las Vegas for the playoffs last January, I decided it was worth $100 to me to see the Chiefs prevail over the Pittsburgh Steelers. So I bet on Pittsburgh and they won. A couple weeks later, I let it ride against the cursed New England Patriots in the Super Bowl. I hate the Patriots the way you hate Joey Crawford. At one time they trailed Atlanta 28-3 late in the third quarter and I was perfectly happy to donate $200 to bask in their humiliation. Then the Patriots made the biggest Super Bowl comeback in history and I was $200 less furious than I would’ve been otherwise.

I think you can guess where I’m going with this. The Warriors were +160 to win the championship before Kevin Durant got hurt, meaning you’d have to bet $160 just to win $100. Those are terrible odds. Tiger Woods didn’t get odds that bad against “the field” when he was at the height of his powers. However, now that Durant is hurt and the Spurs have cast some doubt about who’s going to capture home court advantage, the odds have swung between even-money and +120, depending on the day and the betting site. If the Spurs had beat Portland on Wednesday, for example, the Dubs would have gone down to +110. Fivethirtyeight.com has the Warriors as 53 percent likely to finish with the best record —insert your election jokes here.

“But Stamp,” you’re saying. “This isn’t necessarily a binary outcome you’re proposing. What if the Warriors beat the Spurs but then go on to lose to Cleveland again in the Finals? Then it’s lose-lose.”

Easy. Bet on the Warriors to just win the Western Conference —you’ll get between +160 and +220, depending on the seeding and the injuries— and then, should you happen to come up an unlucky “winner” there, you can choose to let it ride on the Finals or not to.

Again, don’t think of this as profit. Think of it as a down-payment on your future happiness. These are bets you want to lose. It’s important to understand that. If you ever root against your team, for the sake of financial gain, then you’re doing this wrong. The idea here is to make a sacrifice.

Obviously this concept has all kinds of applications beyond the Spurs. You can do it for the sport and team of your choice. You can do it for the Oscars. You can wager on, say, presidential election outcomes that you’d find personally distasteful. The world is your gambling oyster and it’s all a matter of how much you’re willing to commit to a desired outcome.

And should that outcome go against you and you find yourself with more money than expected in your bank account? Well then you could use that windfall and donate it to charity. Or on League Pass next season. Or on season tickets. Or a jersey.

After all, that’s how you support your team, right?