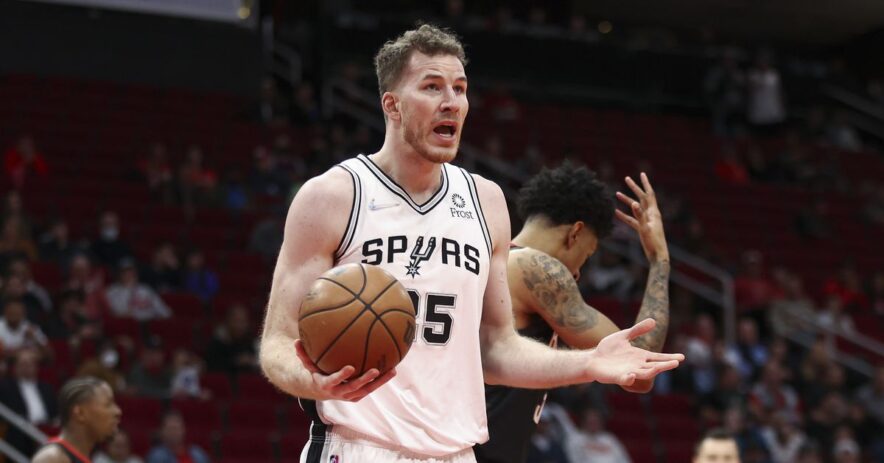 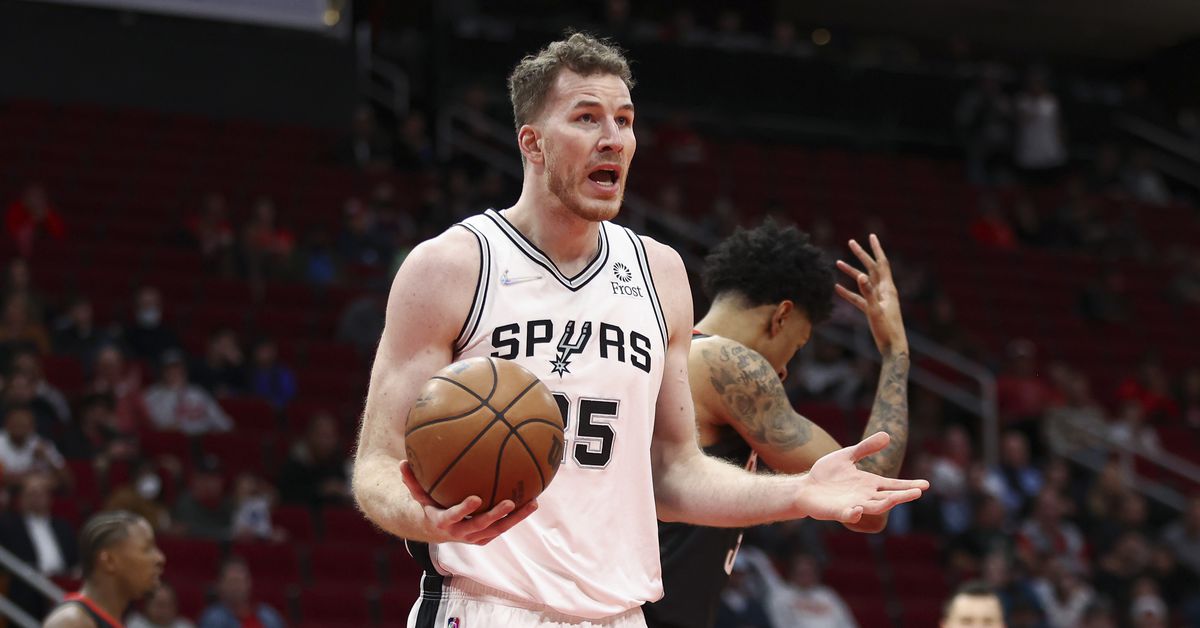 Jakob Poeltl has been a fixture in trade rumors and seems like a natural candidate to be moved before the deadline, but the reports about the Spurs wanting to actually retain him keep coming up. To even consider trading him, apparently, San Antonio is asking for two first-rounders. which feels like an unrealistic price for someone who could be a rental.

It’s always hard to parse through what’s real and what’s just posturing, as the Spurs could simply be trying to inflate Poeltl’s value with leaks while being willing to part with him for a more reasonable return. That said, when most of the information coming from reliable sources suggests the front office might want him back, it has to be considered a serious possibility.

Unfortunately, it doesn’t seem to make a lot of sense for the Spurs to actually keep Poeltl, unless they are trying to do a one-year rebuild, which could be a risky decision.

The reasons why parting ways through trade seems smart have little to do with Poeltl’s abilities or character. Quality big men are hard to find, as the fact that a lot of teams are interested in Poeltl confirms. Screening, rebounding, passing, inside scoring and interior defense are immensely valuable even in the more perimeter-oriented NBA and Poeltl provides all of them. He has also been a great leader by example by all accounts and Pop has been complimentary about his consistency. Jakob has done everything he’s been asked to do, played every role assigned to him with effort and has improved year over year. He’s a very good player.

Unfortunately, the last few seasons have proved that despite his improvement, he simply doesn’t move the needle much for a bad team. Poeltl is a fantastic role player, a perfect complementary piece, but he’s simply not a star. He needs elite talent around him to really make an impact and the Spurs don’t have it.

The most optimistic fans will simply add “yet” to the previous sentence. The idea of landing Victor Wembanyama, slotting him next to Poeltl, adding a couple of veterans using the cap space the team will have next season and using the Hawks’ picks to make moves is admittedly tantalizing. If Victor or any of the other top prospects are actually special talents who are ready to contribute sooner rather than later, the Spurs could essentially do a one-year rebuild, which might actually be their plan. In a couple of seasons, they could be in a position similar to the Pelicans’, who paired Zion Williamson and other young players with CJ McCollum and Steven Adams. If that happens, all the concerns about Poeltl not fitting the timeline go out the window, since he’s still only 27 and would be near or just entering his 30s when San Antonio would be ready to make some noise.

Alas, there’s absolutely no guarantee the Spurs will land a true franchise player this draft. Even if they do get a future star, it’s impossible to know when that player will reach his potential. Most rebuilds take more than a year because of developmental curves and actual misses in the draft and it would be unwise for the Spurs to only prepare for the best and put all their eggs in one basket by only giving themselves one offseason to reshape their roster using their own pick. It’s understandable to not want to be at the bottom of the standings for years before actually trying to field a competitive team, but arbitrarily deciding that one season is enough doesn’t seem smart considering all the variables that the franchise can’t control.

Now, since Poeltl won’t lead the Spurs to play-in territory on his own and he should be movable (assuming his free throw shooting doesn’t regress and his body holds up) even on the reported $20 million-a-year contract he’s looking for, the case could be made that there’s no big issue with keeping him for a couple more years. But the risk is falling into old habits. The most frustrating part of the post-Kawhi Leonard era was the lack of a consistent direction, as the Spurs tried to build with young guys while also having several veterans around, which resulted in them remaining decent enough to keep themselves from the top of the draft and the top of the standings. History could repeat itself, as San Antonio will likely get better organically through internal development and on a better version of the team, Poeltl would be the type of veteran piece that helps them get 30 wins and a low lottery spot, which is exactly what the franchise needs to avoid.

It’s hard to advocate for trading Poeltl because he is a quality player and a great culture fit, but if San Antonio wants to be a contender again at some point the priority has to be finding a way to get a centerpiece. Any decision that can negatively affect the chances of that happening should probably be avoided, no matter how painful it is, and keeping Poeltl would be that kind of decision. He’ll make the team better if there’s a baseline level of competency in place, which will mean lower lottery odds. The $20 million it would cost to re-sign him would carve into the team’s cap space and future flexibility. And it’s likely that his value as a trade piece will go down as he gets older and his larger contract kicks in.

It wouldn’t be the worst thing in the world if Poeltl is on the Spurs roster past the deadline or after next offseason, but prioritizing the continuity of a veteran role player instead of remaining in asset acquisition mode just feels like the wrong thing to do at this point of the rebuilding effort.

If there is a good offer on the table for their starting big man between now and the deadline, the Spurs should take it. It would be a tough blow in the short term, but it would show that the front office believes in the path they’ve chosen and won’t make the same mistakes they made in the past.