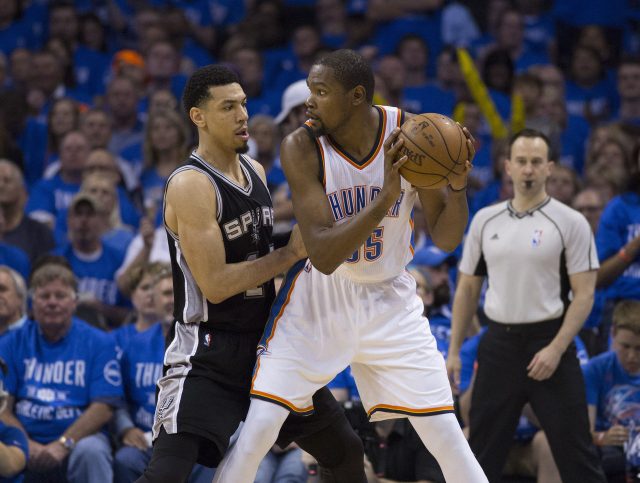 With LeBron James almost certain to stay in Cleveland this summer, the biggest name hitting the open market come July 1 will be 6-foot-9 megastar Kevin Durant.

The 27-year-old forward appears keen on weighing all his options when free agency opens next month, reportedly setting aside meetings with at least three teams.

While every team in the league would become instantly better with the former-MVP on their roster, the San Antonio Spurs are the one franchise that makes the most sense for the lanky scoring machine.

After signing LaMarcus Aldridge to a lucrative contract last summer, and re-focusing their energy to the defensive side of the ball, the Spurs appeared set to make an extensive postseason run in 2015-16. Instead, Gregg Popovich’s crew had difficulty hanging with the younger, more explosive Oklahoma City Thunder, falling in six games in the Western Conference semifinals.

Source: Why the Spurs make the most sense for Durant | theScore.com