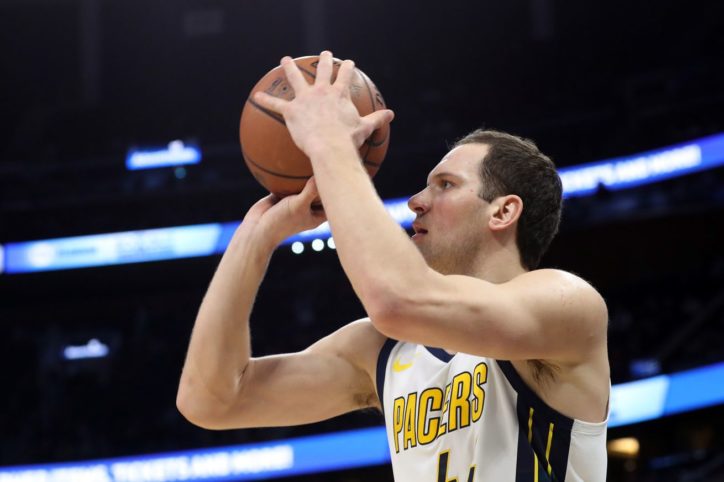 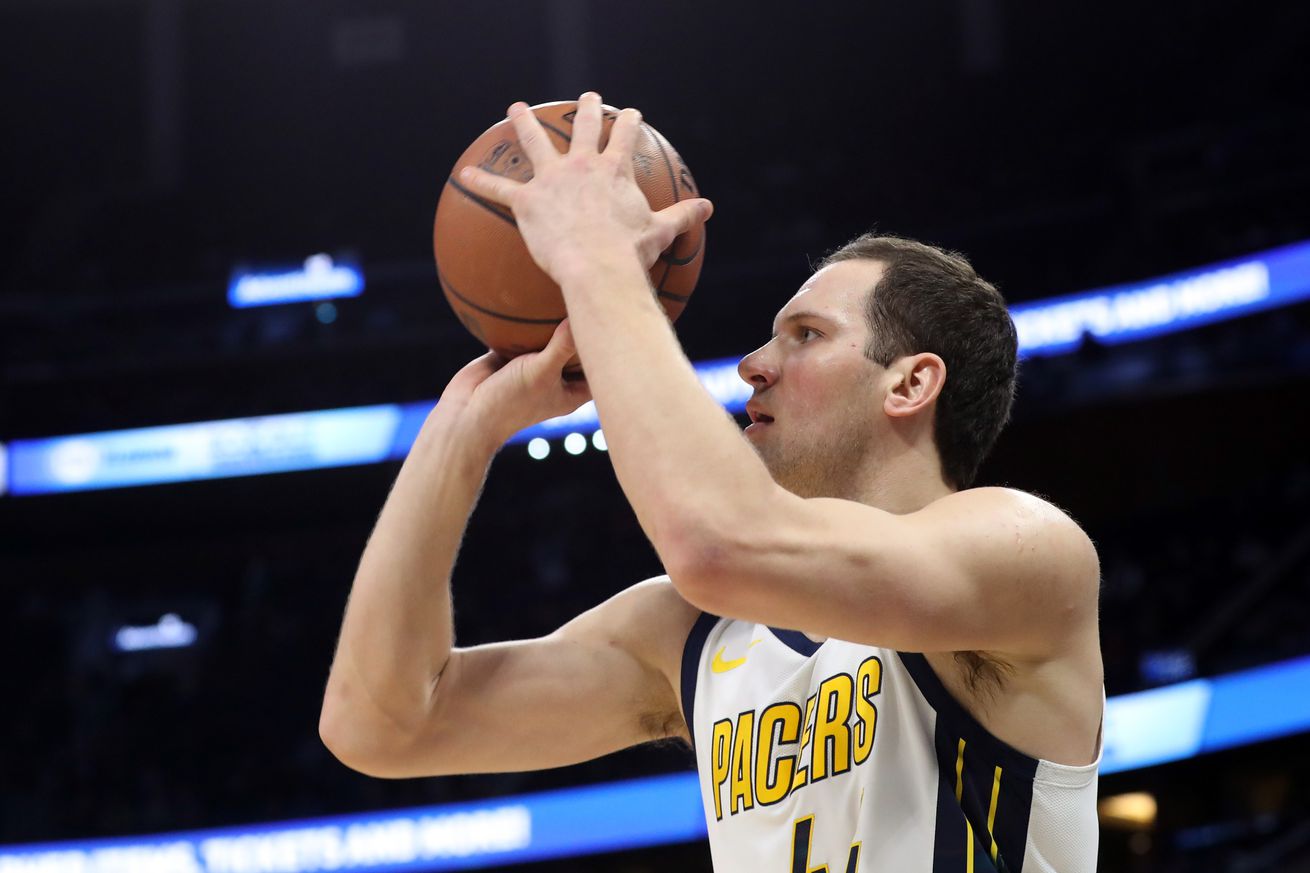 Bogdanovic is exactly the type of player the Spurs need, but it might be impossible to get him without making some costly sacrifices.

We recently had the first Spurs-related rumor of the offseason, and it was a big one. San Antonio is targeting Bojan Bogdanovic in free agency and might consider trading DeMar DeRozan in order to create cap space to sign him, according to ESPN’s Bobby Marks.

Marks has since clarified his position, essentially saying that the DeRozan part of his comment was just his opinion on a trade he thought would make sense for the Spurs. The interest in Bogdanovic, on the other hand, appears to be legitimate.

It makes sense, since the veteran wing would be a great fit in San Antonio. But is he good enough to justify losing either DeRozan or a couple of rotation players in order to get him? That’s a tougher question to answer, but one the front office will have to consider before free agency starts.

One of the biggest issues with the Spurs last season was the lack of three-point shooting in the stating lineup. Gregg Popovich decided to bring three of his four elite outside threats off the bench, which helped the subs score at a high level but occasionally left the starters with little margin of error when the tough shots they created weren’t falling and the defense faltered. It was an issue that adding Bogdanovic would help solve. The Croatian forward is a career 39 percent shooter who has eclipsed the 40 percent mark in the past two seasons while taking almost five three-pointers a game. If he’s open, he’s deadly, which forces opponents to stick close to him or get punished. Yet he’s not just a standstill shooter who can be neutralized by not helping off of him. Bogdanovic is also capable of hitting shots coming off screens, which would allow Pop to diversify his playbook more.

Shooting is not all Bogdanovic does. He’s also emerged as an above average all around scorer who can get buckets inside the arc. Last season he was forced to be a featured option due to Victor Oladipo’s injury and he excelled at it, showing the type of shot-making he’d displayed playing for Croatia in FIBA competitions in the past. Bogdanovic averaged 18 points a game on a career high 13 field goal attempts, connecting on a whopping 54 percent of his two-pointers. He did most of his damage off the ball, either spotting up, cutting to the basket or springing open off screens, but he was also solid as a pick and roll ball handler in limited opportunities. No one will confuse Bogdanovic for a first option, but luckily the Spurs wouldn’t need him to be one. He’d be able to pick when to be aggressive and when to just play off other ball handlers and LaMarcus Aldridge.

Bogdanovic is not only a borderline All-Star, but also a perfect fit. His addition would definitely help the Spurs balance out their currently guard-heavy, range-deficient roster. He’d also fit perfectly next to Dejounte Murray and Derrick White, helping them develop by providing spacing and complementary scoring while not needing many touches. He’s already proved he can be effective on a half court team that doesn’t feature a lot of other shooters last season, when he had a solid offensive rating on a Pacers team that played almost as slow as San Antonio while taking essentially as few outside shots. No free agent is guaranteed to synergize with a new team, but Bogdanovic seems to be one of the safest possible signings for the Spurs, considering his offensive skill set and his performance on a similar system.

The biggest question about potentially adding Bogdanovic is not whether he’d help but whether he’d actually have a big enough positive impact to justify the cost of losing other players to sign him. The Spurs would have to renounce Rudy Gay and either trade DeRozan or a couple of rotation players to have enough cap room to make him a competitive offer. It would be one thing to do that for a true difference-maker who’d boost the team’s talent level significantly, but that’s not Bogdanovic. Even last season, in what was by far his best as a pro, he didn’t raise the Pacers’ ceiling. He could likely be the third best player on a championship team, but only if he’s playing next to two top 10 players. Right now the Spurs don’t even have one of those and might not have a way to secure one in the near future unless one of their young players takes a huge leap.

Bogdanovic is also about to get paid after his only truly special season. It’s fair to assume he’ll be looking for a long term deal at the highest possible annual salary. He made $10 million last season and should come close to getting almost twice as much per year in his next contract. It would make sense for a contender with a short window looking for the last piece of the puzzle to pay him that, but not for a team still looking for top tier talent and betting on youth, like the Spurs. Bogdanovic is just 30 years old and has been extremely durable in his NBA career, so his contract shouldn’t become an albatross, but he also doesn’t have a lot of room to decline athletically while still remaining a passable defender. If his quickness diminishes even partially over the next few years, he might need to be hidden at power forward, where his mediocre rebounding and lack of physicality might make him a liability.

Signing Bogdanovic wouldn’t be the worst thing the Spurs could do this offseason, even if it means giving up other players in the process. The fit would be great with the young guards and they could lock him into a long term deal, while the couple of role players they’d have to give up are set to become free agents after next season. Even trading DeRozan to make room for him makes some sense, since DeMar can also opt out next summer and could struggle sharing the ball with Murray and White.

The main reason to oppose trying to sign him has to do with timing. Making moves that could help the younger players excel is always a good idea, but there shouldn’t be a huge rush to reshape the roster yet, since contention should still be a few years away. Maintaining flexibility and continuity simply feels like a better plan than inking a veteran that doesn’t elevate their overall talent level significantly and might not be in his prime when the young guys hit theirs.

Bogdanovic is a good player who could help the Spurs, so it’s not surprising to hear they are interested in him. He’s clearly won’t catapult San Antonio back to contention, but he would be a nice piece to have. Whether he’s worth making big moves for, however, is debatable. Let’s hope the front office makes the right decision, because making a wrong moves could end up delaying the Spurs’ return to the elite significantly.

Why the Spurs are interested in Bojan Bogdanovic
Source: Pounding The Rock