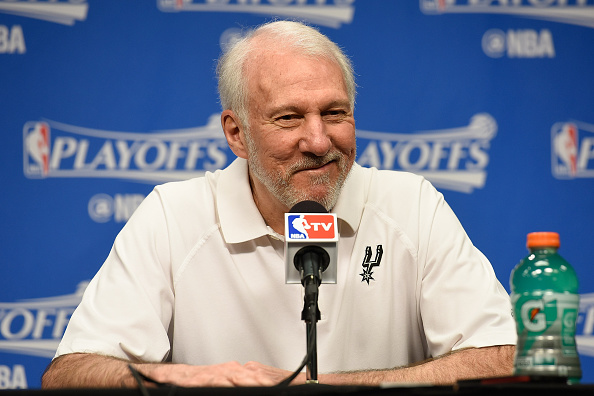 Steve Kerr is your Coach of the Year for the 2015-16 NBA season, a perfectly justifiable choice. The Golden State Warriors lost only nine games in 82 tries, a feat that won’t be topped for quite some time (unless Steph Curry gets mad and decides he doesn’t want to miss any of his shots next season).

Nothing against Kerr, who seems like a superb human being and unimpeachable leader. But San Antonio Spurs head coach Gregg Popovich, who finished third, was even more deserving of this season’s award.

This is far less about Kerr’s faults than Popovich’s immaculate campaign. But here’s why the voters got it wrong.

Um, Popovich is the best coach

Let’s begin with an inarguable layup. The five-time NBA champion and three-time Coach of the Year winner is flat out better than his competition. He’s bold, creative, impulsive and calculating. No coach better weighs long-term cost over short-term benefit. Popovich’s foresight is the stuff of legend, and just about every decision he makes is perceived as being for the greater good, no matter how odd it looks in real time……Read More

Source: Why Gregg Popovich is the real Coach of the Year | FOX Sports