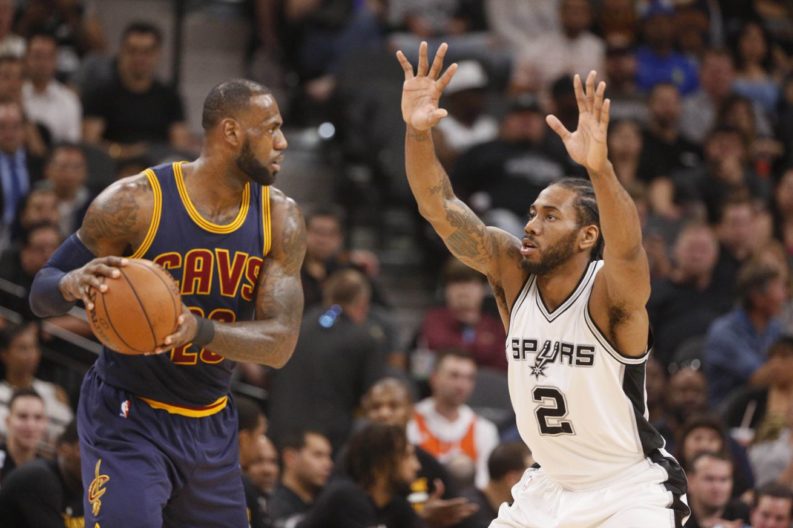 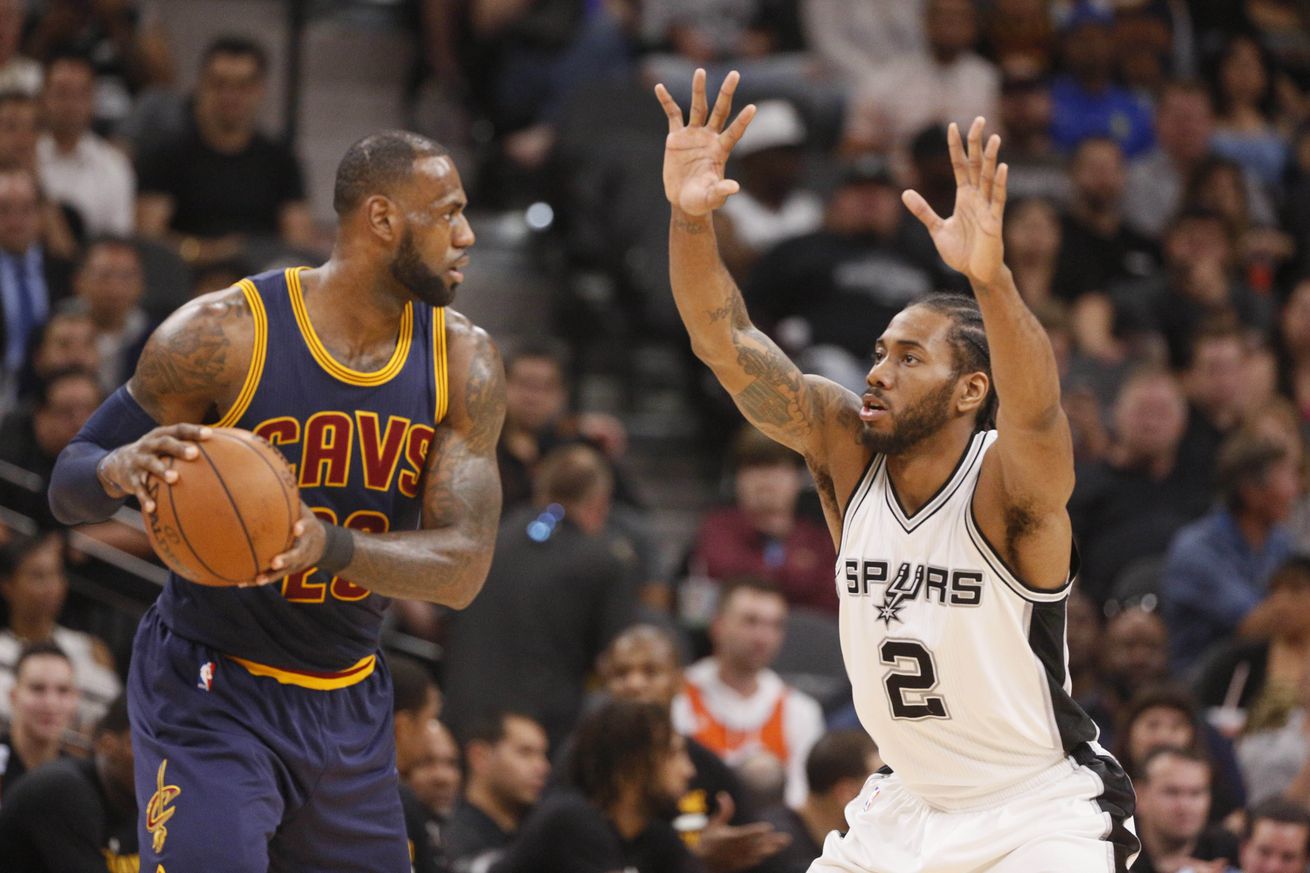 The Spurs are allegedly not a top FA destination for LeBron. Does that mean anything regarding Kawhi’s future?

March Madness is officially upon us, and the 2018 Final Four will be here in San Antonio from March 31 to April 2. However, if recent reports are to be believed, one final four that does not involve The Alamo City is the destinations that are currently rumored to be the top free agent targets of LeBron James this summer.

Along with the possibility of re-signing with the Cleveland Cavaliers, league sources have indicated that the other teams he is interested in are the Los Angeles Lakers, Houston Rockets and Philadelphia 76ers. Missing from that list are the San Antonio Spurs: long boasted as a desirable destination for The King considering his admiration of head coach Gregg Popovich, respect for the way the organization is run, and their championship pedigree.

Of course, with James you never know what to take seriously and what demands a heavy dose of salt. He has adamantly stated multiple times that he will not talk about or even consider free agency until this season is over, but he is also surrounded by a large group of friends and colleagues, so you never know what he’s said in private that’s being leaked out (with or without his consent).

However, the ultimate question is what — if anything — does this mean for the Spurs? As much as James has been tied to the organization if for no other reason than his and Pop’s long embraces before and after every match-up, it has always felt like a long shot that he would come to another small-market, below-the-radar franchise that would have to gut its entire supporting cast to make room for him and would not give him the organizational control he desires. (You might recall that was one of his reasons for leaving the Heat in 2014.)

Still, that hasn’t stopped some media personnel from using this “rumor” as yet another opportunity to proclaim that the best sports franchise of the last two decades may be dying on the vine. Just days after the perpetually injured Kawhi Leonard said he’d like to finish his career with the Spurs, hopefully putting to rest months of rampant rumors about his plans on leaving the organization, this seemingly unrelated report on James has led to speculation that he may know something we don’t.

Sites like The Ringer and The Big lead have run amok with this news, suggesting that James might be two steps ahead of the rest of us and knows that Leonard will be gone by 2019, hence why the Spurs are not on his list.

LeBron is notorious for communicating with the leagues’ top players, and with reports that he will not consider the Spurs, it could be a clear indication that LeBron either knows Leonard is not there for the long haul or LeBron feels – like Leonard – the Spurs have handled matters poorly.

LeBron would not want to go to San Antonio if they could not provide him a superstars’ services like Leonard. Could this be a hint he may not re-sign with the Spurs in 2019? Or even worse, demand a trade?

Never put it past LeBron James to be 2 steps ahead of the rest of the league.

Obviously this is pure speculation. As mentioned before, nothing that is “leaked” from James’ camp is set in stone, plus it’s pretty hard to imagine that Leonard has been communicating with James more than anyone associated with the Spurs. They have never been tied at the hjp like James and his Banana Boat pals, plus Leonard just said he has talked with Pop everyday and that there is no friction between the two of them. Some believe him, some don’t, but has he ever given us a reason not to trust him?

There’s also the little matter of Leonard’s supermax contract extension coming up this summer, and as of now there are no indications that he plans on rejecting it — or at the bare minimum that he has completely made up his mind — other than rampant media speculation.

Just as it’s basically impossible to fill out a 100% accurate NCAA Tournament bracket (1 in 9,223,372,036,854,775,808, to be exact), it’s similarly impossible to know what will go down in NBA free agency. Okay, so technically the odds of where any player will end up in the NBA are only 1 in 30 max, but trying to predict where James will go or what’s going on in Leonard’s head is still pretty futile, especially when free agency isn’t for another four months, and anything can happen between now and then.

You might just say this is all nothing more than March Madness.

So what do you think, Pounders? Is LeBron’s “final four” legit? Do you think he knows something about Leonard that the rest of us don’t, or that the two are even in communication with each other? Sound off on the latest round of crazy Spurs rumors in the comments below.