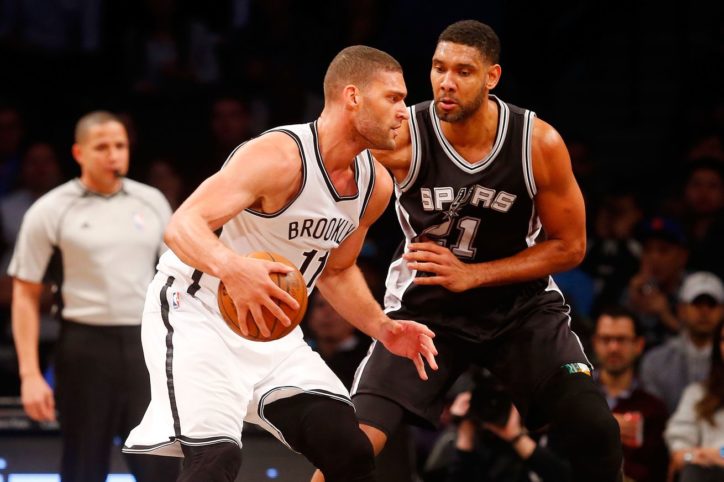 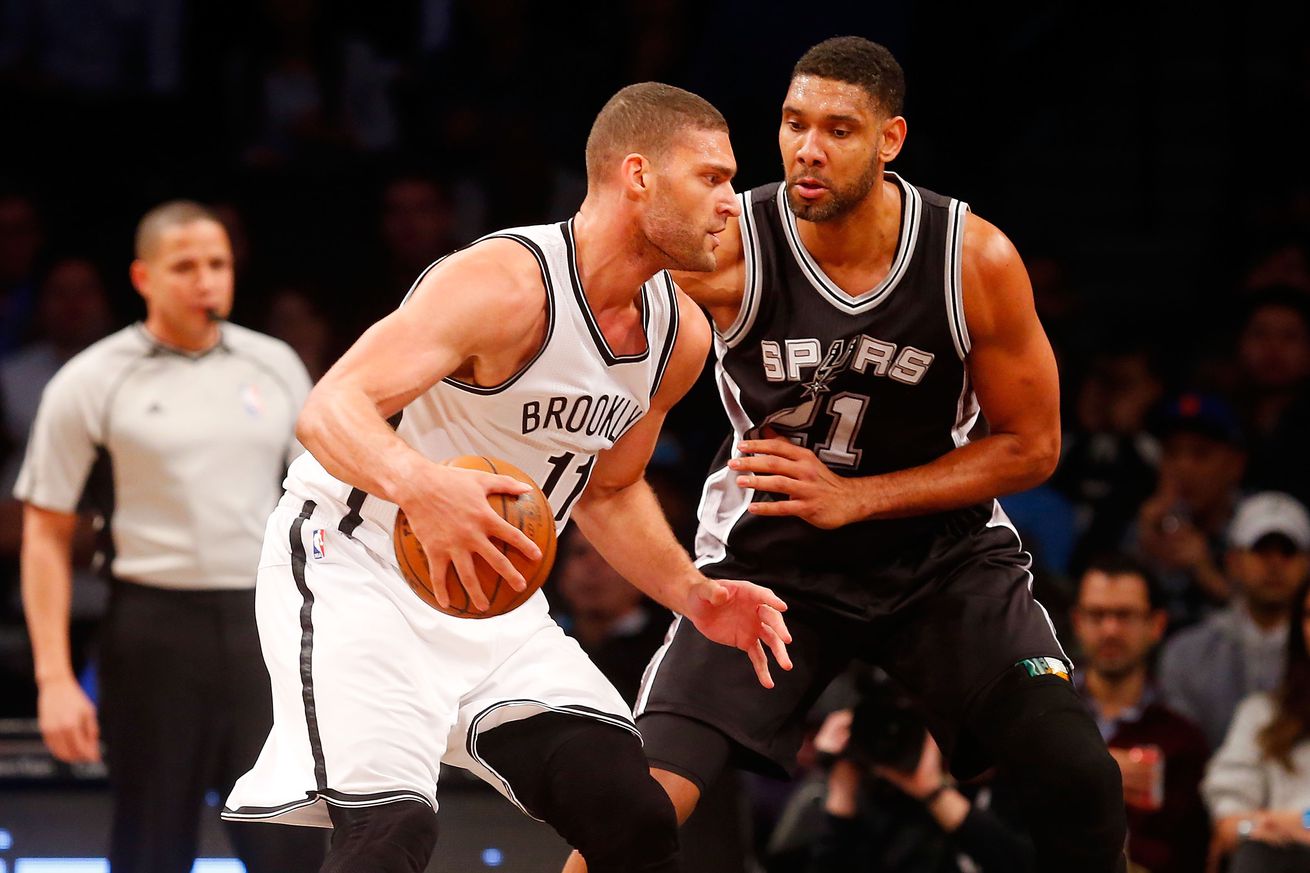 Another day, another humorous story about Spurs legend/current assistant coach Tim Duncan and his interactions with young players. This time, it’s Bucks center Brook Lopez in a piece from Ric Bucher in B/R Mag about the perils young players face when going up against their idols.

While many players had tales of nerves taking over when it came time face a player they grew up admiring, as we’ve heard several times before, Timmy was the exception. Instead of trying to intimidate Lopez, he instead calmly sang into his ear:

Not every idol-aspirant first encounter is harrowing; for Brook Lopez, it was gratifying.

”One of my first games against Timmy [Duncan] is where I got that we must be on the same wavelength, that this is definitely my guy. It must’ve been in the third quarter during a timeout. They were playing music in the arena, ‘Welcome to the Jungle.’ And he came up to guard me and he starts singing really low in my ear, ‘Wel-come to the jung-le,’ and I was like, ‘This is my guy, for sure. This is awesome.’”

This falls right in line with other stories we’ve heard about Tim not getting into rookies’ heads by trash talking or intimidation, but rather with reverse psychology, whether it’s through kindness, being engaging, offering advice, or just flat out ignoring young firebrands who mistakenly thought they could intimidate the GOATPUFF.