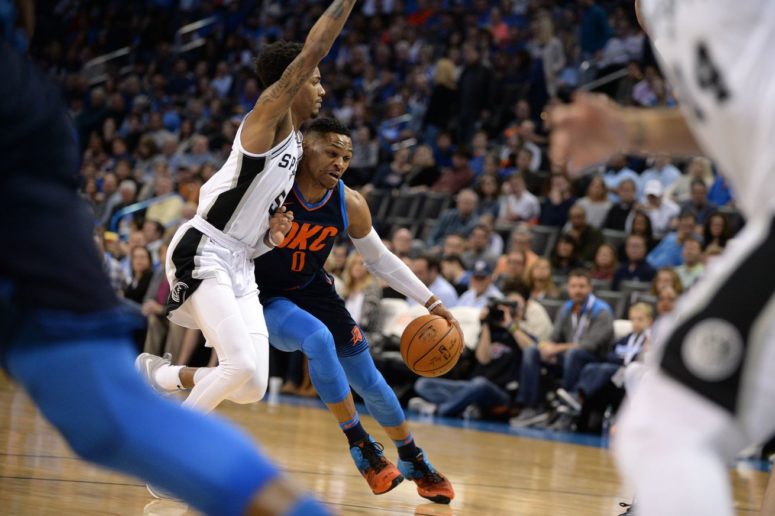 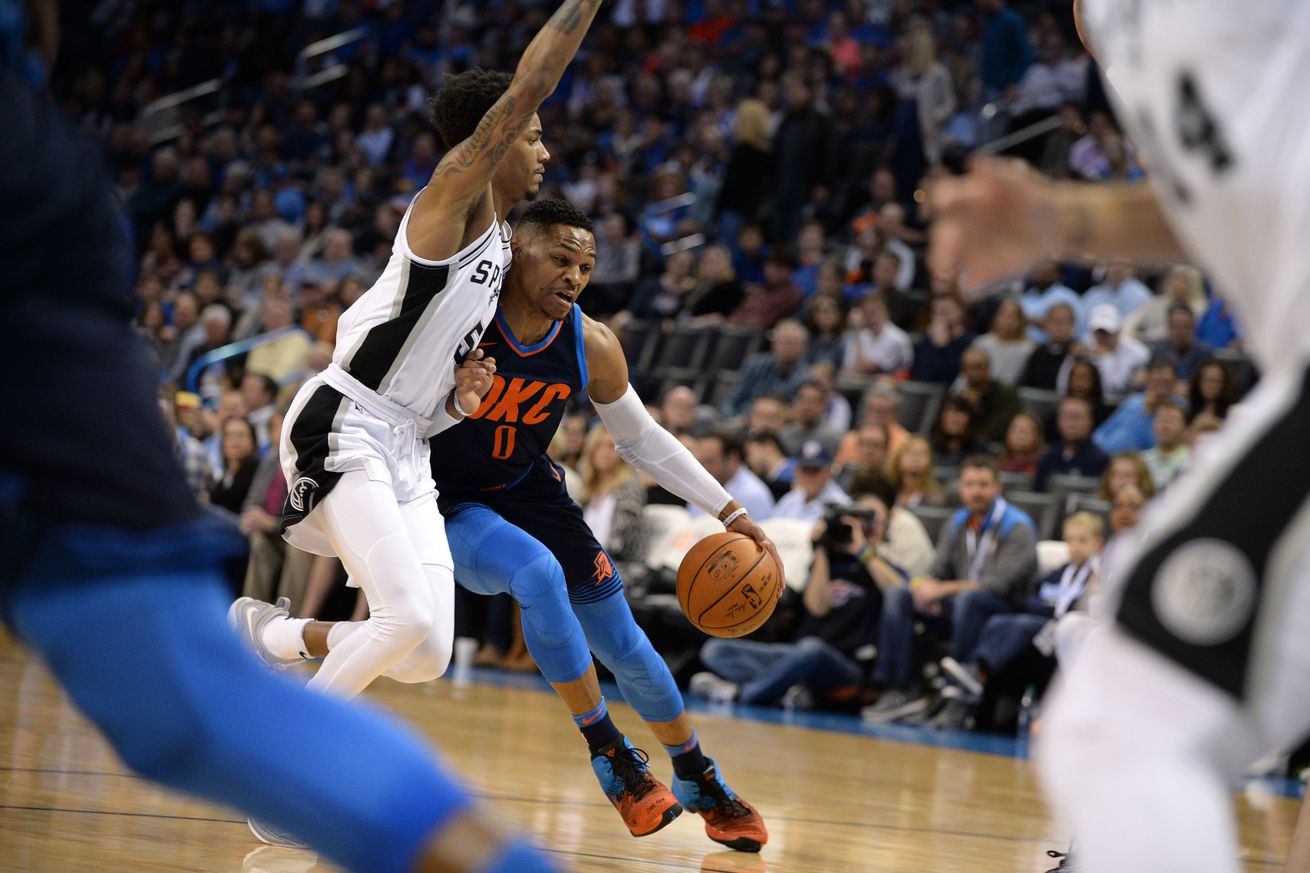 The Thunder narrowly escaped against a short-handed Spurs team that refused to go down without a fight.

The Spurs fought hard over the newly formed super team in Oklahoma City, but were ultimately undermanned. I’ll be honest, there’s not a lot of meat on the bone of what was essentially a scheduled loss on Gregg Popovich’s calendar. With the Silver and Black playing 5 games 7 days, PATFO obviously felt like now was the best time to give the 30 and over crowd a quick break before the team runs the gauntlet. What I will say is that the Spurs’ reserves showed no quit against the star studded Thunder. In fact, the young guns found a way to give Russell Westbrook and company a real scare late in the game as they took multiple fourth quarter leads. In the end, the good guys ran out of gas, but it was a gutsy performance and they should be applauded for their effort. Here are the takeaways from what ended up being a competitive night of basketball.