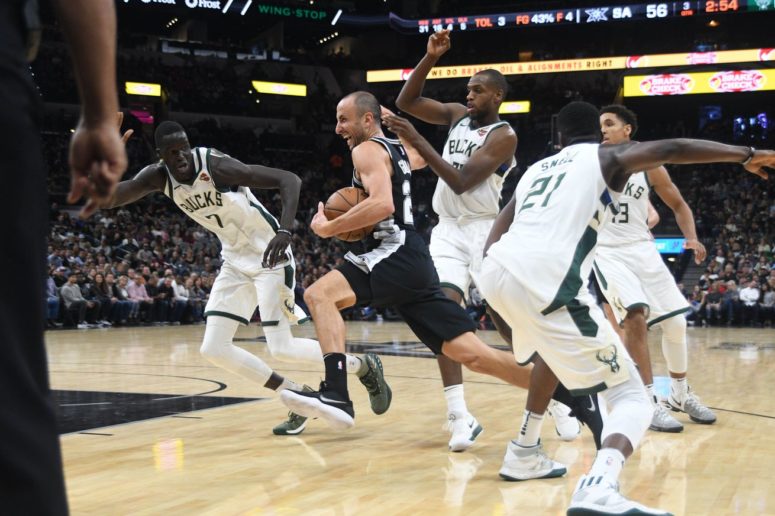 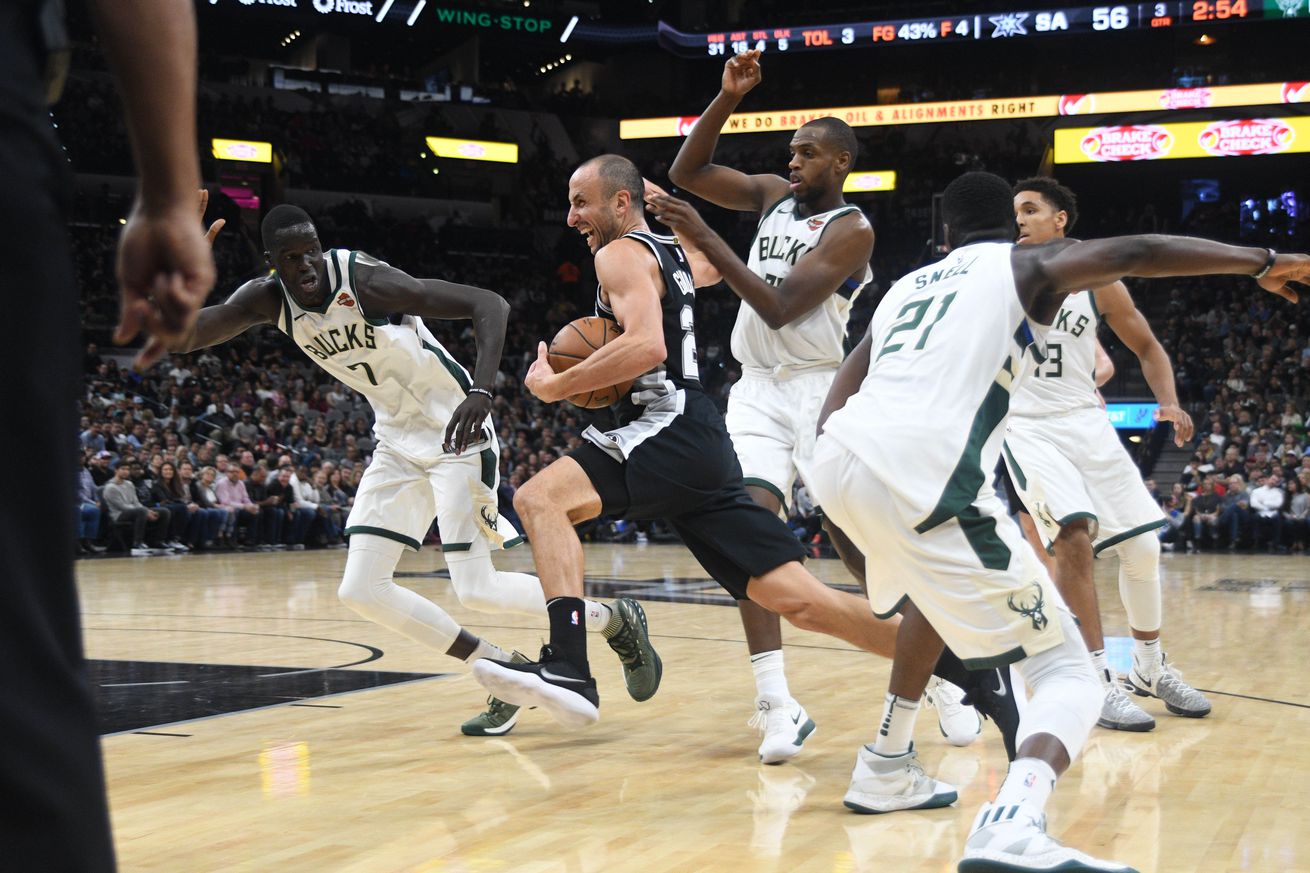 One thing’s for sure: Manu is still good.

Friday night was a little taste of basketball heaven my friends. After watching my Aggies dismantle West Virginia in their first game of the season, I geared up for the Spurs prime time showdown with an up and coming Bucks team. The game was a defensive battle, and the home team proved to be up for the challenge. The Spurs made all of the hustle plays you could ask for tonight. Diving for loose balls, grabbing the 50-50 rebounds, and executing some of the best help defense we’ve seen this season. Unfortunately that wasn’t enough to get the job done, as turnovers and a resilient Giannis Antetokounmpo prevented them from securing a victory on their home floor.

Although the November matchup may only be a blip on the radar right now, this is the type of game that you have to know how to win come playoff time. This team learned tonight that basketball is a game of runs. Being able to overcome adversity throughout the stretch of a 48 minute game is an invaluable skill to posses when the months of April and May hit. I think we would all prefer they learned that now, rather than in a 7 game series. Here are a few takeaways from the valiant effort.