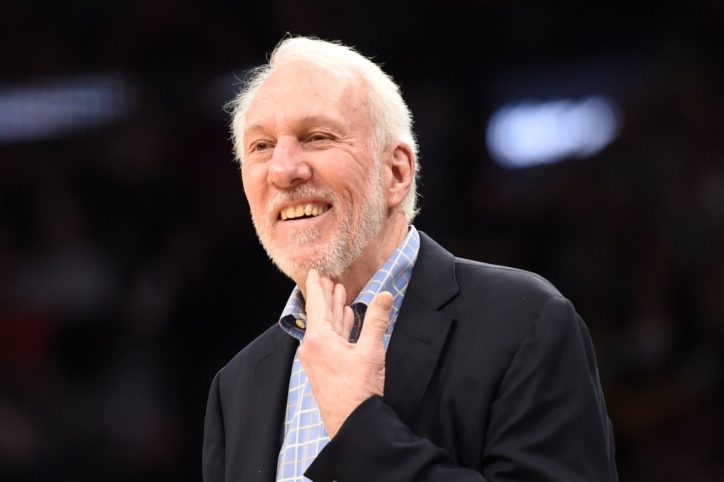 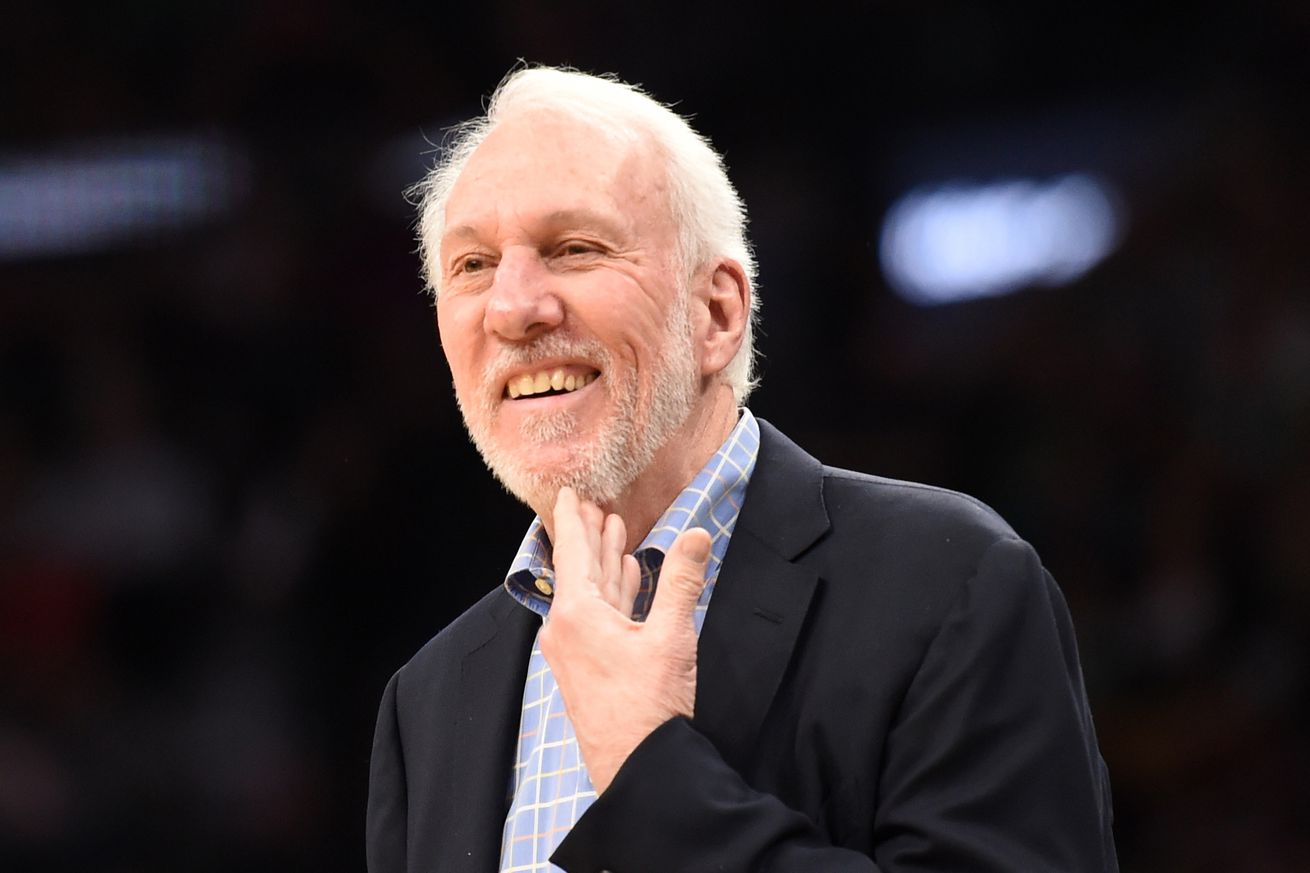 The Spurs had a quiet first day, but it wasn’t without impact.

The Spurs had been rumored to be interested in Bojan Bogdanovic, but wisely decided against decimating the roster in an attempt to put together a competitive offer for his services. Bogdonovic ended up signing with the Utah Jazz for 4 years and $73 million. Thanks, but no thanks.

There was never a doubt that Rudy Gay was the Spurs’ top free agent target this summer. That’s why there was little surprise when news broke before free agency even began that the Spurs were re-signing him for two years, $32 million. While not surprising, nothing is ever a given in the NBA, so it was nice seeing it get done quickly and without drama. This signing made sense for a variety of reasons:

Less than two hours after news broke regarding the re-signing of Gay, it was announced that the Spurs were signing DeMarre Carroll for 2 years, $13 million. And just like that, the Spurs’ roster was at maximum capacity. The Spurs signed two combo forwards with the ability to guard multiple positions. Both of these players made my list of players the Spurs should target in free agency, so I was more than happy with the results. The Spurs’ greatest position of need is now covered for the next two seasons.

The players that were signed was not the only aspect of the moves I was happy about. The length of the contracts was also perfect. Both signings were for two years, which seems like a reasonable window for a team led by LaMarcus Aldridge and DeMar DeRozan. It also affords the Spurs cap flexibility moving forward. If the roster falls apart next summer, both Gay and Carroll will be on expiring deals and could make for nice trade chips. (See Pau Gasol for an example of a contract that is not tradable.)

This is especially important considering Dejounte Murray, Bryn Forbes, Jakob Poeltl, and Davis Bertans will all be free agents next summer with Derrick White following the summer after. None of the Spurs’ veterans have guaranteed salaries beyond 2021, affording the Spurs the space required to sign their up and coming youngsters.

As currently constructed, the Spurs will likely be going small next season

The Aldridge and Poeltl pairing was not great last season. In 327 minutes spanning over 57 games, these two had a net rating of -7.7 during the regular season. Both players had very good seasons, but when paired together, the offense had trouble scoring. Signing Carroll and re-signing Gay now gives the Spurs multiple options at the stretch four position to play alongside Aldridge in the starting lineup.

Bertans is definitely a stretch four, but he has trouble staying in the rotation, much less starting. If Bertans is still in a Spurs’ uniform at the beginning of the season, I still see him coming off the bench. Gay will likely begin the season as a starter, but Coach Pop seems to like having him come off the bench, so Carroll could end up filling that role at some point in the season. This would push Poeltl into the role of Aldridge’s backup, which is something I believe he can excel at next season.

With all this being said, Pop can be stubborn. He loves starting two traditional bigs, so it’s possible he continues starting both Aldridge and Poeltl then subs Poeltl out after the first five minutes of action. Here’s hoping he moves away from that strategy.

The Spurs may have a full roster, but they may not be done making moves

The Spurs have always been known for their depth, but their current roster might be the deepest yet. My projected starting lineup is Murray, White, DeRozan, Gay, and Aldridge, with Forbes, Carroll, Bertans, Poeltl, Patty Mills, Marco Belinelli, and Lonnie Walker IV all worthy of minutes inside the regular rotation. Chimezie Metu, Luka Samanic, and Keldon Johnson are the only three players not likely to command major minutes next season.

Now I know there’s going to be a large group of Spurs’ fans whose solution will be to simply keep Mills and Belinelli glued to the bench. That’s an option, but it would be a waste of a lot of shooting. The playoffs were rough on the Spurs’ bench, but the foursome of Mills, Belinelli, Bertans, and Poeltl had a net rating of +18.3 in 381 minutes last season. They dominated most bench units, and with Poeltl likely slipping back into a bench role, they could dominate once again.

Injuries are also a thing. The Spurs’ youth movement is underway, but they still have several rotational pieces who have been in the league for a while. Murray is also coming off a major injury. Being able to plug and play players into the lineup will help keep the Spurs competitive in games that players are out due to injury or rest — uh, I mean load management. The Western Conference is going to once again be a bloodbath, so every game will be extremely important.

Even so, I fully expect the Spurs to gauge the market for Mills, Belinelli, and Bertans. Bertans will almost certainly attract the most attention, but I wouldn’t trade him unless the return is significant. The Spurs were so much better when he was on the court last season. He’s an elite shooter, and the Spurs could have some major floor-spacing issues depending on how Murray and White progress in that aspect of their respective games.

There are always teams looking for shooting. Mills might be a tough sell given his contract situation, but Belinelli has a real chance of being moved in the offseason. If the Spurs could acquire a second round pick for Belinelli that would be a plus for them. It would also open up more minutes for Carroll and Walker.

The Spurs may also be looking to package a couple depth pieces in order to add depth at the center position. Right now the Spurs have Aldridge, Poeltl, and Drew Eubanks who can play minutes at center. I don’t see Metu or Samanic as options, especially this season, and neither are centers anyhow. Eubanks will be limited by the rules governing two-way contracts, so if one of Aldridge or Poeltl suffers an injury, the Spurs could be in trouble.

I was very pleased by the moves made by PATFO during the opening moments of free agency. They addressed their greatest need and did so without sacrificing future cap flexibility. I do think a trade could be in the works at some point this summer, but if not, the Spurs could possibly end up with the deepest roster in the NBA next season. That’s not a bad thing.

Two seasons ago the Spurs were all defense and no offense. Last season the Spurs went to the other end of the basketball spectrum. Both iterations of those Spurs’ teams were tough to watch at times. With the addition of Carroll and the return of Murray, the Spurs’ defense should be much improved without compromising the offense too much. It’s an exciting time to be a Spurs fan, even if their free agency moves went almost completely unnoticed by most NBA fans. Tell me if you’ve heard this one before: the Spurs are going to surprise a lot of people next season.

What we learned from the Spurs’ first day of free agency
Source: Pounding The Rock