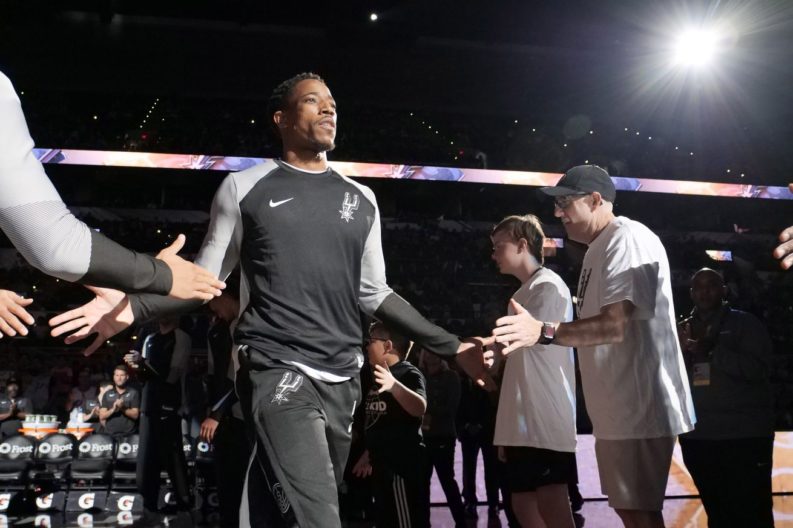 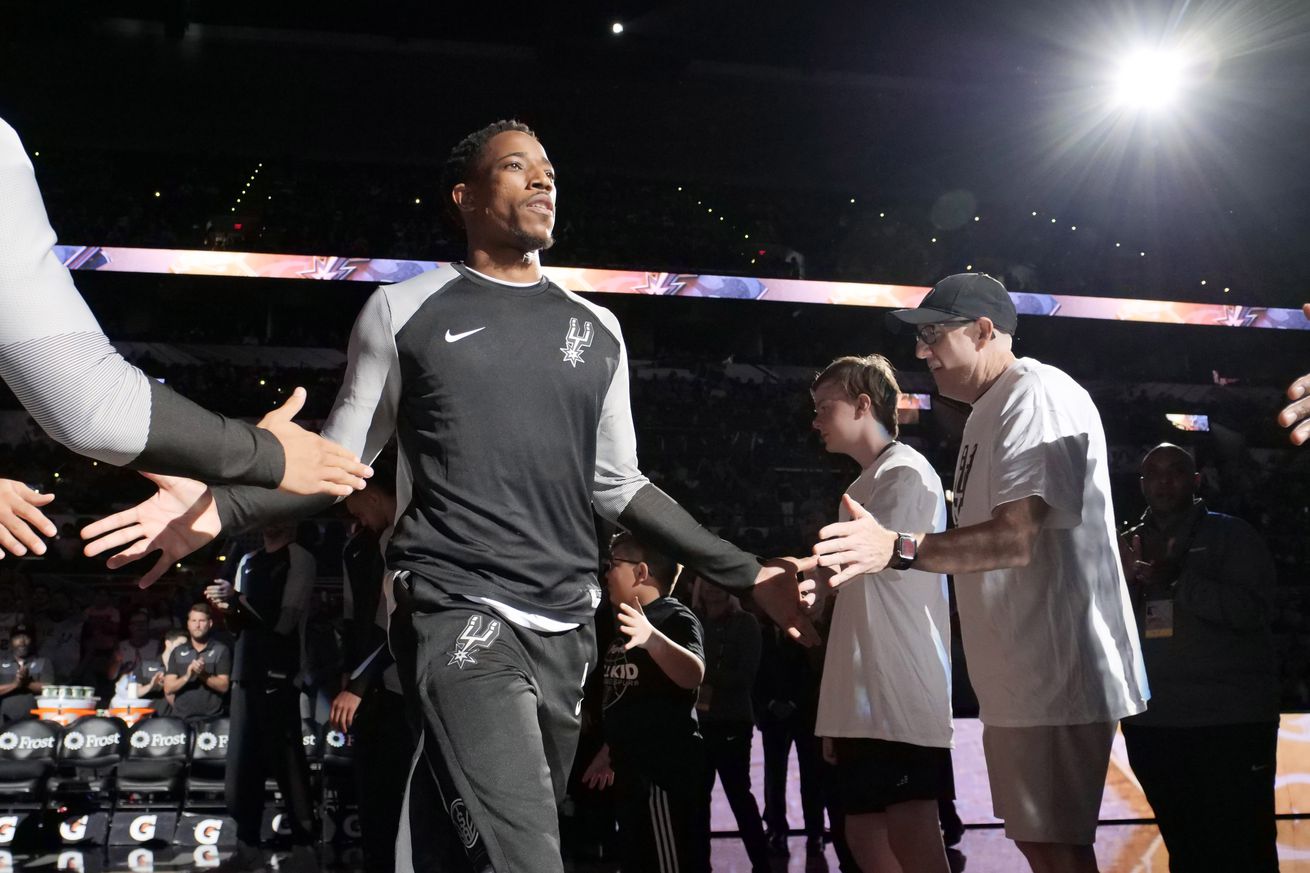 There were five 10 minute quarters, hardly any fouls called, but plenty to discuss.

The Silver and Black Scrimmage this year was much more than just a fan-focused exhibition. The team rolled out some interesting looks, and the play was far more competitive than your typical, just-for-kicks open scrimmage.

There was actual defense, at times, though not so much as to get in the way of a good time. Mostly, it was obvious the players and coaches were enjoying the event as much as the fans, and that made for some great moments. DeMar DeRozan’s up-and-under on Rudy Gay, Rudy’s two-handed slam, Lonnie Walker IV’s tomahawk dunk, and Marco Belinelli’s nut-meg on DeMar all drew a reaction from both the bench and the stands. You can go back and watch it (again) for yourself on the Spurs Facebook page.

Aside from those individual moments, the game showed quite a bit about the team and its players as they head into their 2nd preseason game on Friday.

“If you don’t shoot it, this league will expose you quickly,” Kerr said. ”You got guys like Draymond who are gonna play 15 feet of you, talk smack, ‘You’re scared! You’re scared!’

”This league is unforgiving. I’d much rather see a guy just pretend that he’s confident and let that thing fly, just go. And keep shooting and keep shooting until they start going in.

”If you stop shooting, you’re in some trouble.”