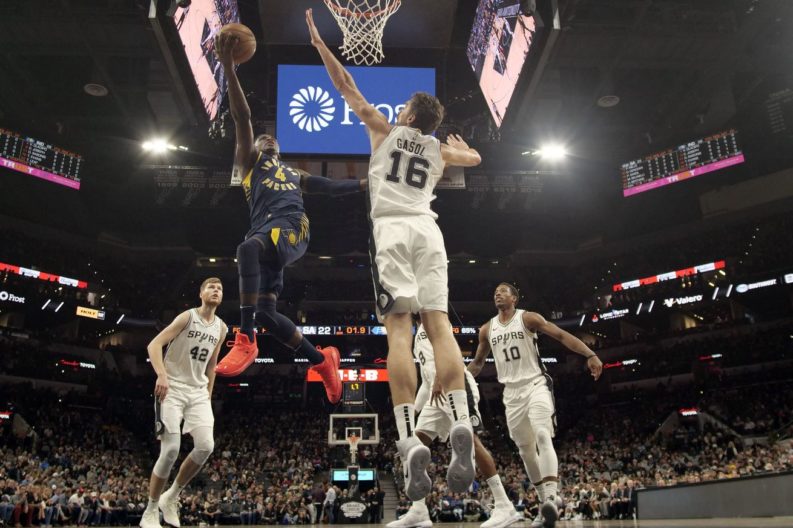 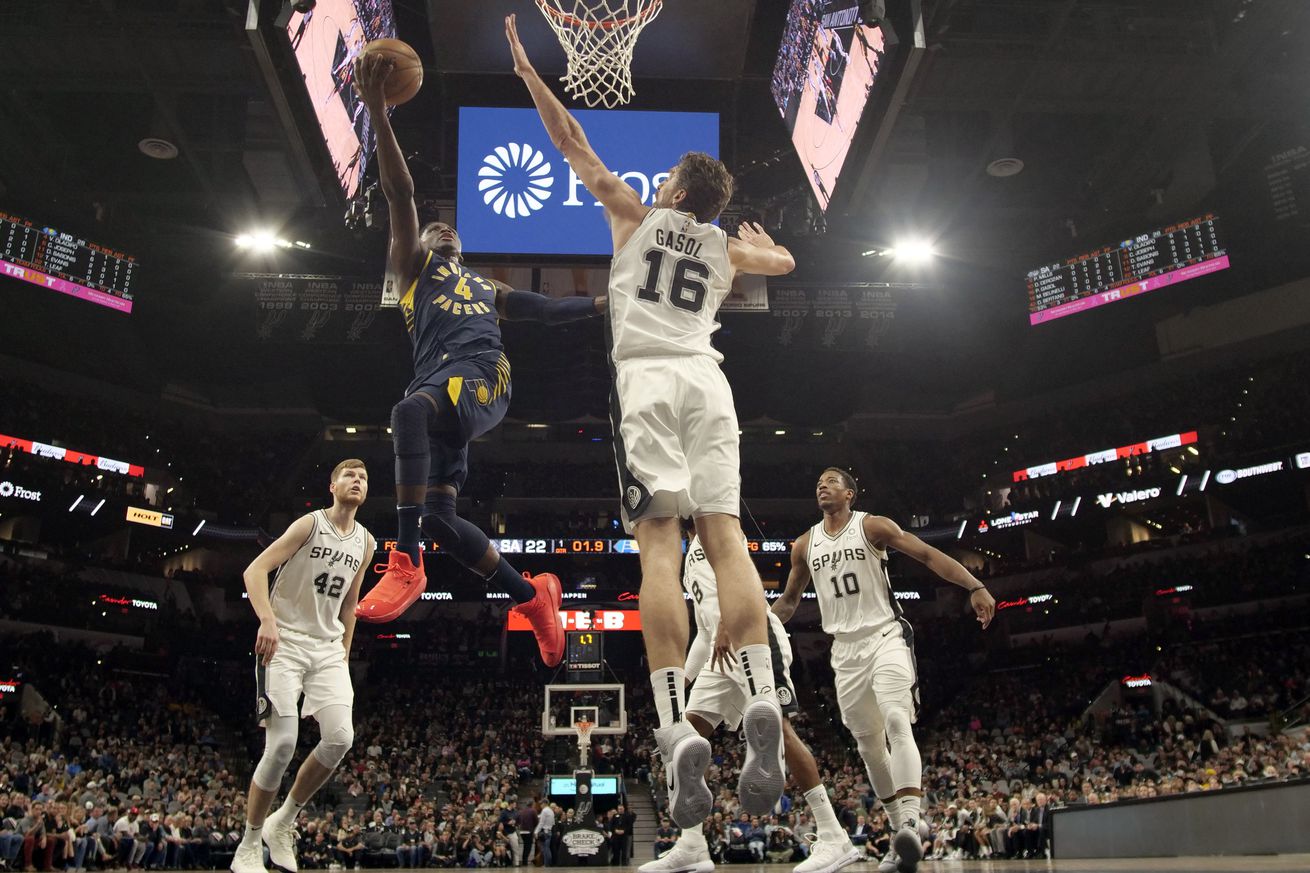 Although it is quite possible that some strongly suspected before this game, it seems quite “learned” and obvious now.

The Indiana Pacers took the San Antonio Spurs out to the proverbial woodshed Wednesday evening. They prepared their whatever implements of discipline they required and paddled the home team’s proverbials mercilessly for nearly the full 48 minutes until the final buzzer granted the Silver and Black sweet release.

It was not a fun game to watch. But that doesn’t mean we can’t have fun talking about it.

The thing we learned now know for sure

Pau Gasol should never be played against pure space and pace teams who want to maximize the number of threes they can take. Like Indiana did last night, the opposing team will simply have whoever Gasol guards set a high pick around the arc and it will get ugly.

Jesus Gomez: He got targeted on the pick and roll. He drops back so much that the pocket pass to the dive man is always there. And he forced things on offense. Pau was awful but the entire team played poorly. He was bad. No doubt about that. He just can’t defend in space.

JRW: Which makes me angry that Pop leaves him out there when teams are obviously determined to target him.

Gomez: It’s too early, but at some point we are going to have to ask if Pop and RC are actually wrong and this way to play is just not viable. Little athleticism up front, no length in the perimeter (Oladipo did whatever he wanted), mid-range jumpers, etc.

JRW: It’s only right if you can make the other team bend to your will. You do that by forcing your opposition to play your game instead of having to play theirs. But when their game is worth more points than yours (and you can’t stop them from scoring because all of your best defenders are hurt), the team is left with an overwhelming deluge of points scored against them. And I’m left with a curiosity as to why the team is still going big when it’s so evident that it’s not working.

Gomez: Right. If you have the best defense in the league, you can afford to stay big even if it hurts the offense a little. It’s what the Jazz are doing. The Spurs don’t have the personnel to do that now.

JRW: Which brings us back full circle: why are they still playing two bigs?

Gomez: The only reason I see to play Pau with (LaMarcus) Aldridge is that Pau can make entry passes and high low passes that no one else on the team can make. It helped get Aldridge going against the Lakers, though not as much as going against Zubac and McGee in foul trouble helped him. But the Spurs paid in the other end then too.

JRW: Makes you wonder what Pop’s next adjustment will be. Can’t get here soon enough for my taste.