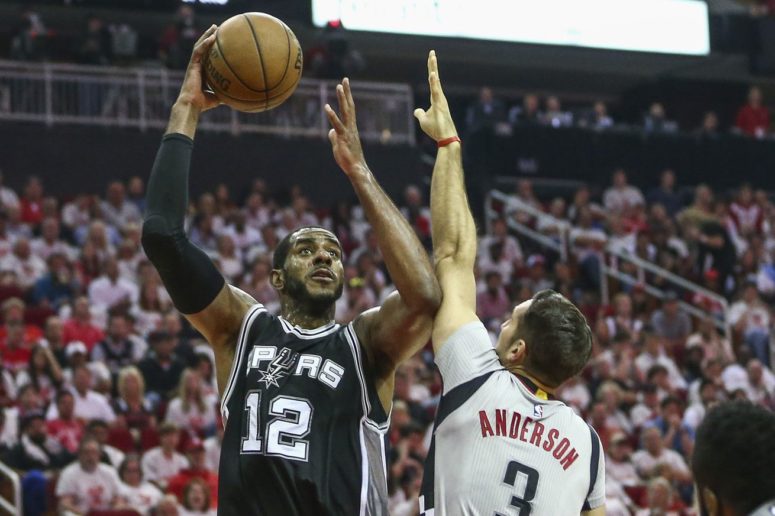 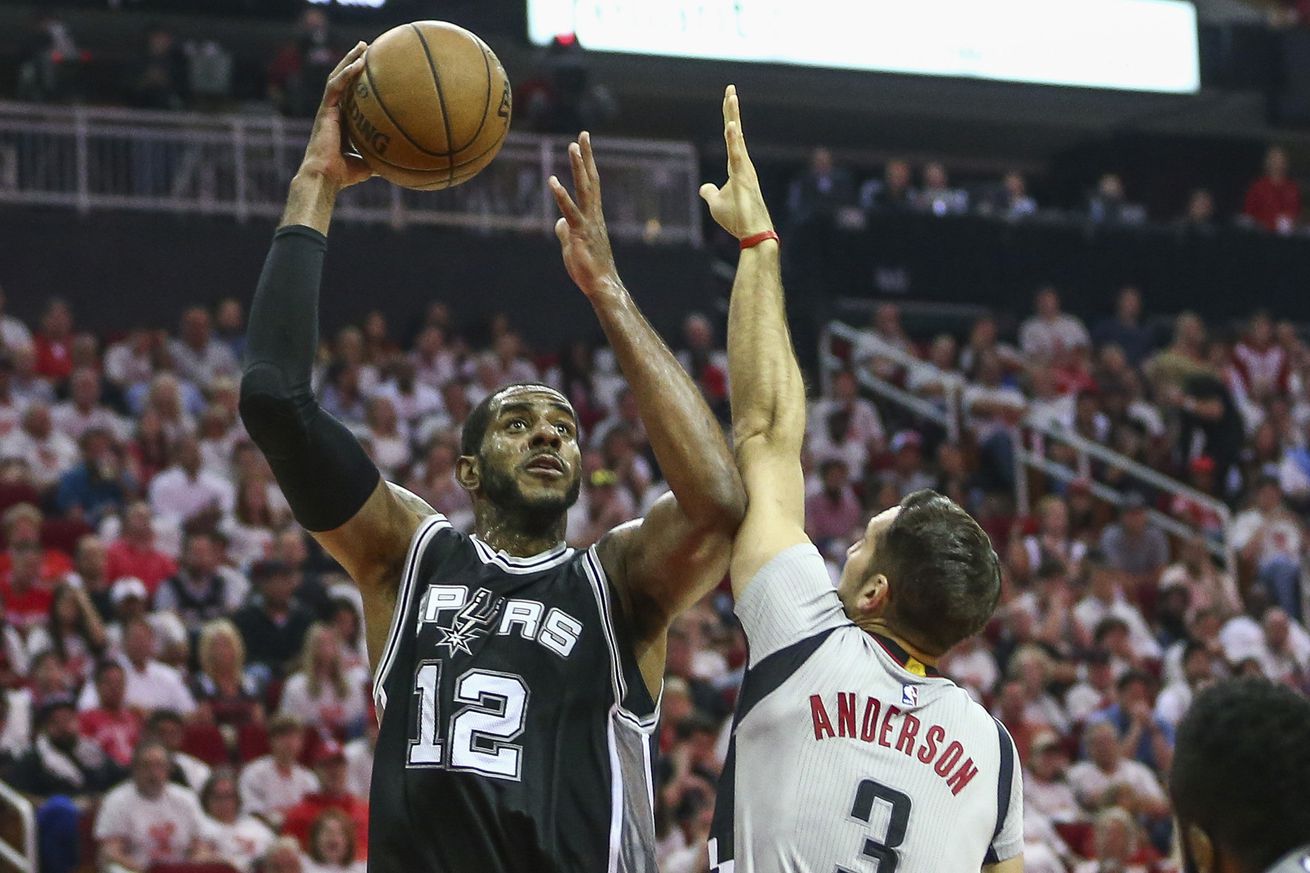 Game 4 may not have been as bad as it seemed.

Silver Linings for the Silver and Black

Unlike after Game 1, there are some positives to be taken from San Antonio’s 125-104 blowout loss in Game 4. For example, in Game 1, Houston shot 24 of 27 from the free throw line compared to just 6 of 10 on Sunday night. Also, the Rockets’ most-used lineup in the game (James Harden, Eric Gordon, Lou Williams, Trevor Ariza and Ryan Anderson) was actually minus-nine in nine minutes of play: a bizarre result for such a blowout.

Most notably, the Spurs actually shot the ball fairly well. Their effective field goal percentage of 53.4% was better than in their Game 3 victory (50.6%) and far better than in Game 1 (42.3%). Of course, Houston shot an eFG of 62.6%, marking their best shooting night of the series, or the worst defensive night for San Antonio, which is probably more accurate.

The scary thing here is that Houston actually did not shoot the ball particularly well when “open” (defined by NBA.com as having 4-6 feet between the shooter and closest defender). The Rockets shot just 13 of 34 on open shots, including just 7 of 20 (35%) on open threes. For comparison’s sake, during the regular season, the Rockets averaged 36.4% on 16.6 open three-point attempts per game. Houston didn’t shoot too far below their season-average, but they didn’t actually light the world on fire either.

Where the Rockets actually killed is when they were wide open (6+ feet from closest defender), going 7 of 15 (46.7%) on wide open threes. In the regular season, they shot 38.3% on 15.2 wide open threes per game. The Spurs unquestionably need to do a better job of limiting the number of open and wide open threes allowed.

There is a silver lining, though. The largest outlier came on the Rocket’s tightly defended (2-4 feet from closest defender) three-pointers, where they shot an outrageous 5 of 7 for 71.4%. During the regular season, they only made about 2 of 7.5 tightly defended three-point attempts per game, just 30.4%.

Note: NBA.com counted Eric Gordon’s above shot as “open,” but we’ll have to agree to disagree. This is not a good offensive possession for the Rockets. That is, until Gordon hits from 27 feet with a light contest. These shots can be demoralizing for a defense who may have done everything right, but still yielded three points. Houston converting these difficult shots mostly manifested itself at the start of the second half when James Harden hit a couple backbreaking triples. Don’t worry, I re-watched that third quarter so you don’t have to:

Though San Antonio struggled to convert on the offensive end in that third quarter, it wasn’t entirely due to a lack of execution. Houston opened up the second half with a lineup of Harden, Beverly, Gordon, Ariza and Capela. That left Harden guarding Pau Gasol, a mismatch that yielded some good things for the Spurs. Gasol opened the third quarter with two made buckets over Harden, and this beautiful pass to a wide open Dejounte Murray in the corner:

Even though Murray is unproven as a shooter, that’s still great action. And the Spurs simply failed to convert on those good looks, shooting just 2 of 12 (16.7%) on wide open threes for the game. That’s not likely to repeat itself in Game 5. But one thing that will repeat itself is Houston going small again with this same lineup that blew the game open to start the second half. If Popovich insists on playing both Aldridge and Gasol together against that unit, they absolutely have to punish Harden as a post defender. It was when the Spurs went away from those mismatches that things started to get ugly. Watch this possession, when Harden gets switched onto Aldridge:

Not only do the Spurs take an awful shot, but Aldridge is unable to get back onto his man, Ariza, in transition. That allowed the Rockets to isolate Harden on Aldridge without running any action first. Harden buries the step back three and puts the Rockets up by 11. The score was never in single digits again for the rest of the game.

Even if the Rockets are unable to convert as many tightly contested shots in Game 5, the Spurs will need to do a better job of executing defensively and limiting the open and wide open looks as this series heads back to San Antonio.