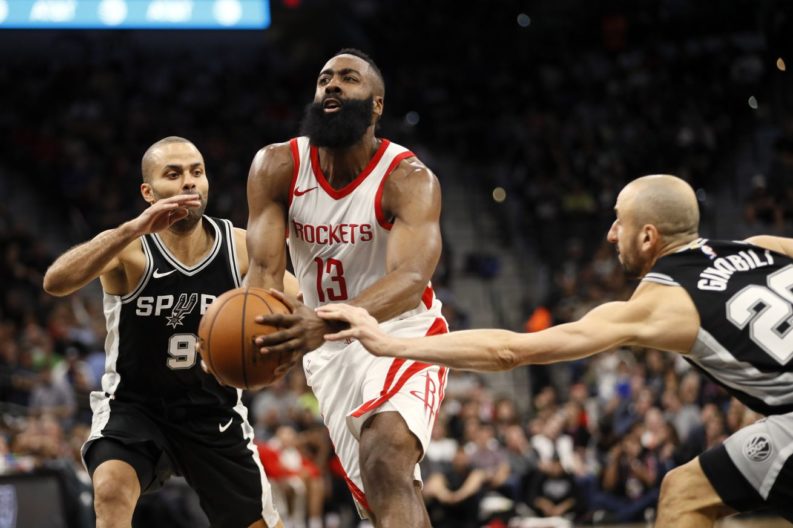 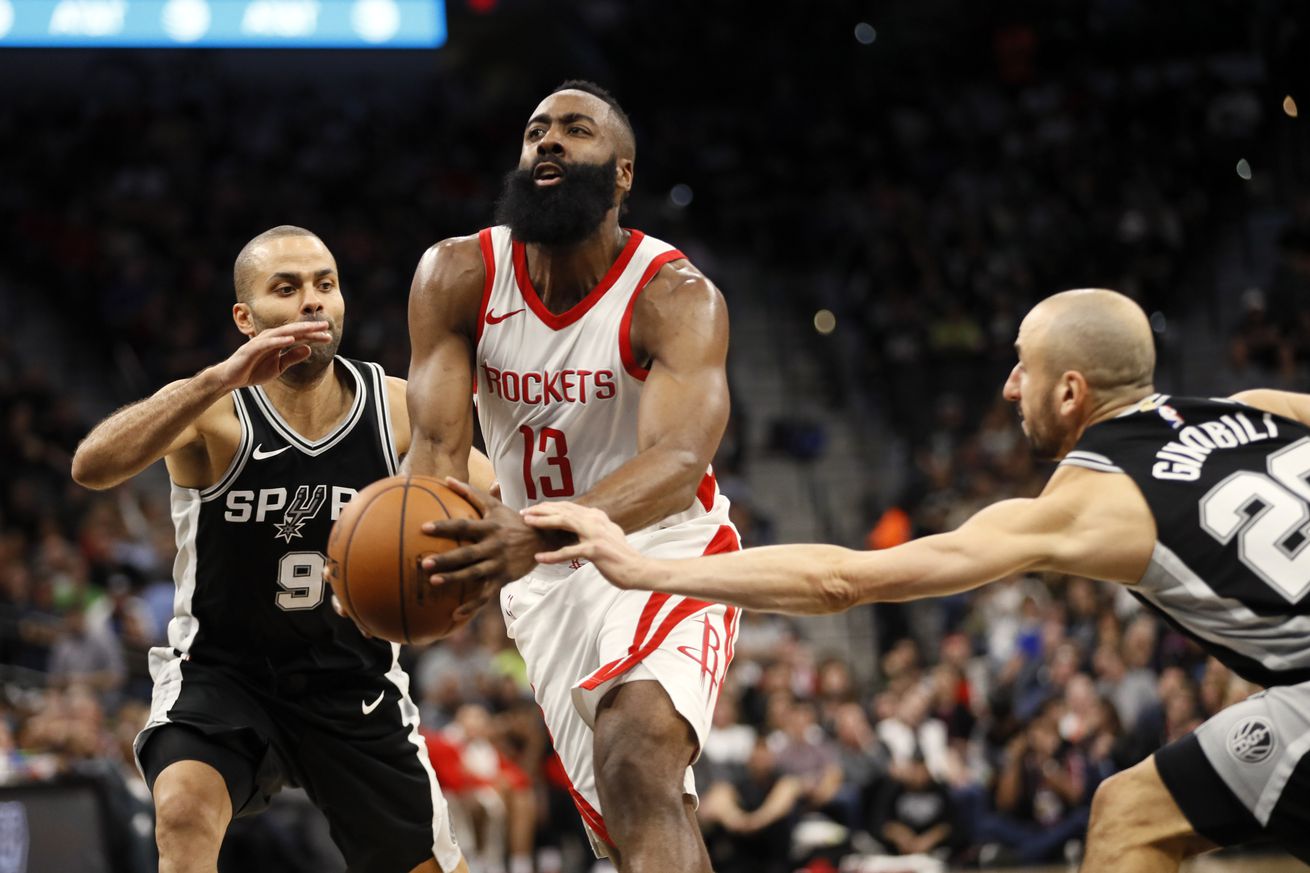 The operative word for the evening is: Spacing

As I wrote in my first Coaching Youth Basketball piece a few years back, spacing the floor is key to a successful basketball offense. And nothing spreads the floor better than the threat of a three point shooter knocking down a shot that counts 50% more than a two pointer.

Tonight’s game against the Rockets will demonstrate this. The Rockets spread the floor better than any team in basketball. Indeed, they often intentionally place players a step or two beyond the three point line. In particular, they place one of their “post players” such as Ryan Anderson high on offense, forcing the “post defender” even farther away from his traditional rim protection position.

The Rockets do this because because a longer three is harder to cover. And if a defender is a step farther from the rim and the paint because the shooter is a step farther away, that opens the floor for penetration — and penetration kills. Penetration leads to easy twos, lay-ups, dunks, and easy threes on kick-outs to the shooters spread on the perimeter. It also leads to secondary penetration, where the shooter can pump-fake the recovering defender, and drive the ball to the rim against a scrambling defense.

The Rockets can do this because they have multiple players who are legitimate threats from distance. They certainly have more such threats than the Spurs — especially with the Spurs traditional starting line-up (sans Kawhi, of course). The Spurs are certainly the only team in the modern NBA that has a starting point guard and a starting small forward who offer no threat at all from the three point line.

I have written previously about the eight years I spent coaching at Claremont McKenna College outside of Los Angeles. Claremont won its league for the 8th time in the past 10 seasons — a remarkable achievement when one considers that in that same decade, the school also went from a top 20 academic ranking to the top 10. I bring this up because Claremont’s senior point guard Scott Lynds made 17 of 29 three pointers in the four games that made up the conference post-season tournament and the first weekend of the Division 3 NCAA tournament. Compare that to Spurs starting point guard Dejounte Murray, who has made six three pointers (in 23 attempts spread over 65 games) all season.

Murray is obviously a marvelous young player, with vast potential. However, his inability to make threes, and perhaps more importantly, the fact that he and Kyle Anderson are not a threat to even shoot a three pointer, makes it very difficult for the Spurs to properly space the floor. This is in turn makes it difficult for the other Spurs to penetrate, which then means the Spurs don’t get nearly as many catch and shoot threes — the easiest kind to make. As a result, the Spurs actual three point threats — Dannygreen!, Bertans, Pau, Mills, and Forbes – don’t get the great looks they would get on another team.

A similar issue arises with the Spurs best player this season, Lamarcus Aldridge. His best position on the floor is posting up on the left side of the floor. But because he is such an effective mid-range shooter, he often “posts up” 12 – 15 feet from the basket, and likes to shoot a fall-away. This means that the defender covering the guard feeding LMA in the post can both bother him and easily recover back to the shooter if Aldridge kicks the ball back out.

To counter this, the guard feeding LaMarcus often clears that side of the floor altogether. But while this means that LMA remains alone on his side of the floor to operate, the four Spurs crowd each other on the weak side. Good balance dictates two players on one side, three on the other. It is very difficult to properly space the floor with four players all on one side. In Saturday’s game, OKC often doubled Aldridge when the guard vacated — and the lack of floor balance and spacing on the weak side did not lead to good looks for the Spurs’ shooters, but turnovers and forced shots instead.

One can hope that the return of Kawhi will help resolve these issues. First, he is a threat from three, forcing his defender out of the key in a way that Kyle Anderson does not. Second, Kawhi traditionally gets much deeper in the post than LMA does, especially when defended by a wing player. That too will allow a guard/shooter on the same side of the court — leading to better spacing and all that follows.

But for tonight’s game, the Spurs won’t have Kawhi to help with their spacing – or to help defend the Rockets’ superior ability to spread the floor. It should be fascinating to watch the contest between the league’s best spaced team and one that has struggled with its own spacing all season long.