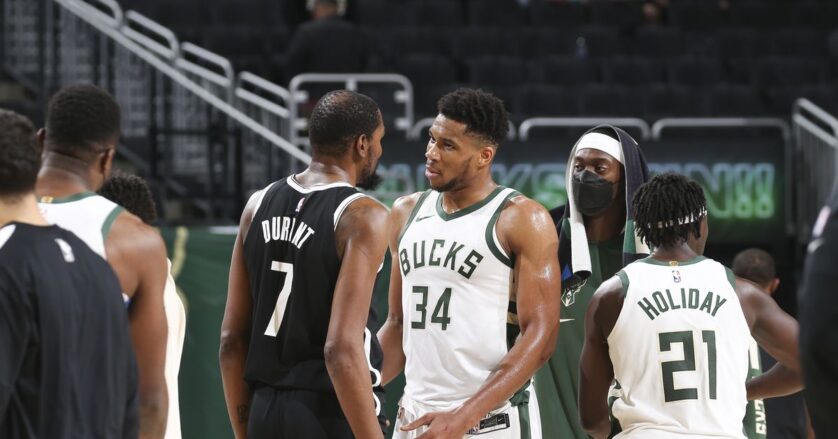 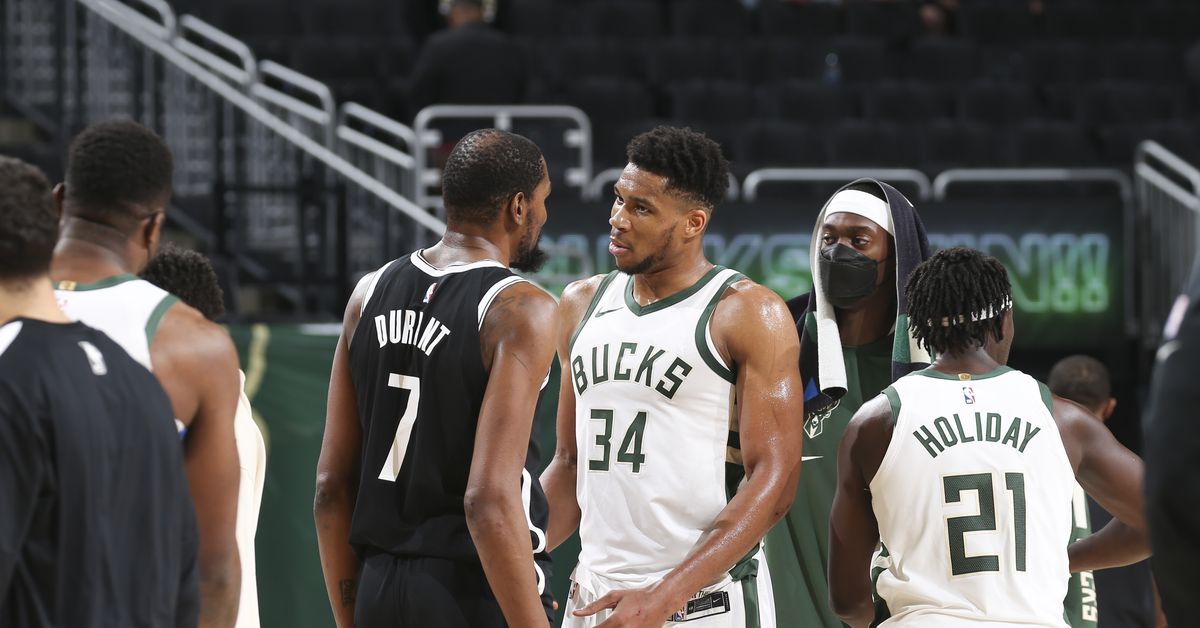 In a season smattered with COVID protocols, altered and intensified scheduling, and injury, the NBA might have the best series sitting right in front of it.

A stacked Brooklyn Nets super-team faces the Milwaukee Bucks. The Bucks have also been making moves to super-charge the reigning two-time MVP Giannis Antetokounmpo by bringing in Jrue Holiday and P. J. Tucker. Coach Bud has even been able to utilize former Spurs guard Bryn Forbes in a capacity more befitting of his skill set.

Will the moves the Bucks made be enough to overcome Kevin Durant, Kyrie Irving, James Harden, Blake Griffin, and the leagues best three-point assassin Joe Harris?

The key to advancing is going to be health

The Lakers are out, more because of the health of Anthony Davis and LeBron James and less about the team’s basketball acumen. Boston is out for the similar circumstances of Jaylen Brown and Kemba Walker. Miami was missing Victor Oladipo whiel getting swept. Philadelphia’s Joel Embiid sat out due to a knee injury. Dallas Maverick’s only superstar Luka Doncic is fighting a shoulder injury. It’s clear that a healthy roster yields the best chance to advance.

The Brooklyn Nets had their share of regular season leaving them with only eight games to get in stride. Luckily that seems to be all it took to get their stride. They knocked out Boston in five games. But as mentioned, Boston was not at full strength.

Should any of the Big 3 in Brooklyn get sidelined, their season could be over.

Milwaukee looked good during round one

Meanwhile, the Bucks faced off with the same Miami Heat team that eliminated them last year and sent them packing in a four-game sweep. Milwaukee came to play. And in some ways it could be do-or-die for this team. Another postseason exit without a Finals appearance might send head coach Mike Budenholzer to the unemployment line. In a league more fickle than not, the Bucks franchise cannot waste the best years of one of the league’s best players. Someone will be blamed and repercussions will ensue to avoid Antetokounmpo becoming the next superstar to demand a trade.

Who are you rooting for in this series? And who do you think will win? Two entirely different questions depending on your point of view.

Who will advance to the Eastern Conference Semifinals?