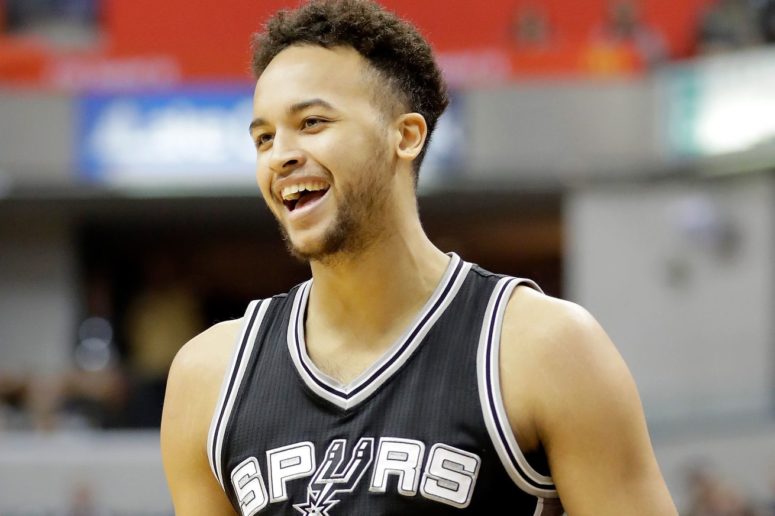 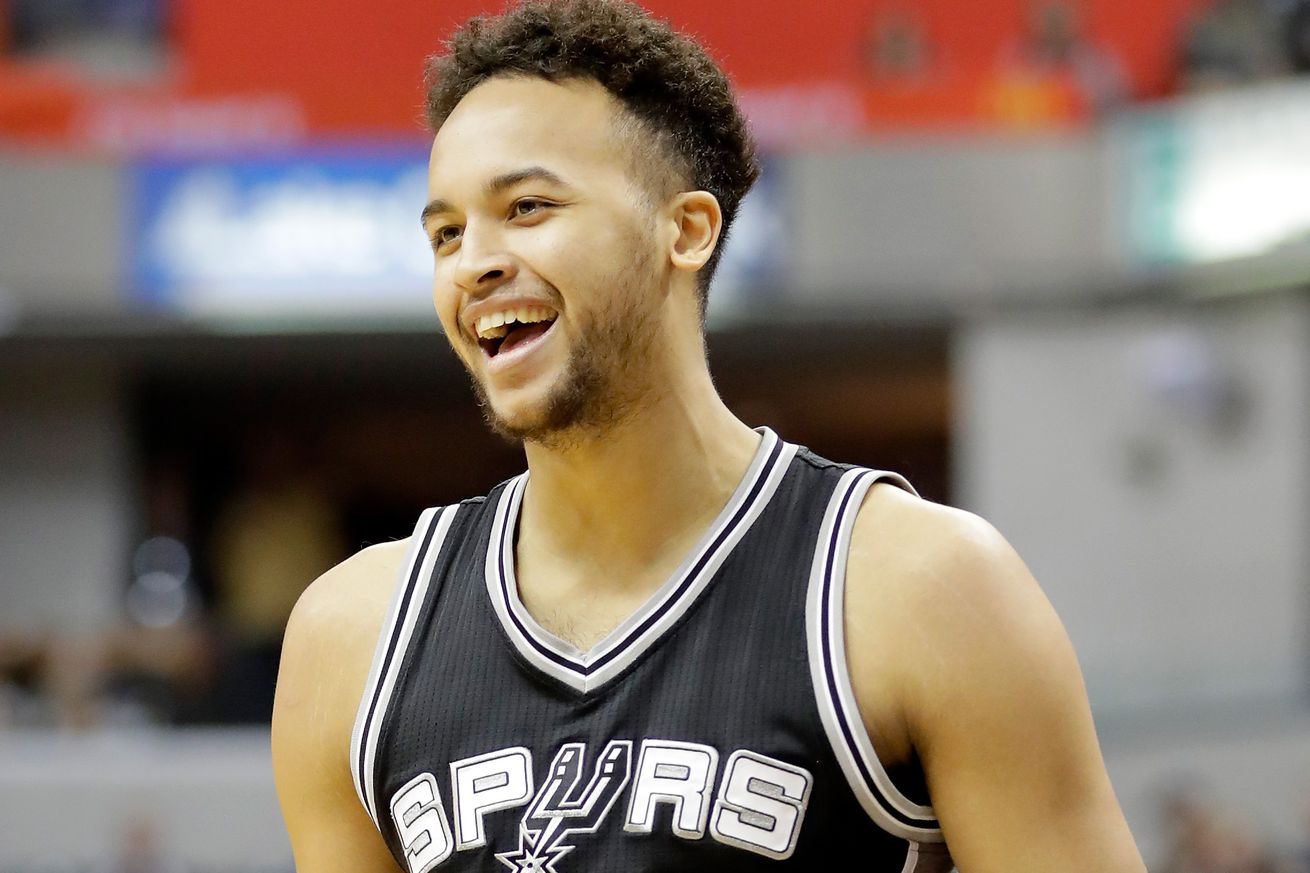 SloMo was having a career season before he went down with a knee injury, and his loss will hurt San Antonio.

Watching Kyle Anderson clutch his leg on Sunday was like getting punched square in the face.

SloMo, in a contract year, clearly worked hard this summer. In early October, he told the Express-News’ Jabari Young that he went into the offseason with a different perspective. He focused on weights and shot repetition, and every night he’s been playing like he has something to prove.

He suffered a left knee sprain against the Thunder, and he’s undergoing an MRI today that’ll reveal more. Early reports indicate it’s not a full tear.

It’s tough to quantify exactly how much the Spurs will miss Kyle’s presence without Kawhi, who’s return now will be more anticipated than ever. Kyle has played the third-most minutes per game of any Spur, and he’s putting up career numbers in the process. He’s among the top five Spurs in six major per-game categories: points (9), blocks (0.9), steals (1.1), assists (3), rebounds (6.1) and field goal percentage (51.3).

Basically, he’s been the Spurs’ most effective all-around player. Even when Kawhi returns, I think he’s carved out a consistent role as a Diaw-esque playmaker.

Kyle plays a very understated brand of basketball, relying on his pass-making ability and length more than athleticism. What’s most intriguing is his ability to play so effectively while appearing to move slower than your grandparents’ Wifi. In typical drive-and-kick scenarios, he doesn’t slash as much as noodle through defenders. And his jumpshot is an exercise in exaggerated textbook form that it looks like he’s trying to teach someone else how to shoot a basketball for the first time.

Still, Kyle has made major strides in maximizing his length, especially by keeping his release point high. It’s what makes the 6’9” forward a consistent threat in the paint and mid-range. His basketball IQ and ability to recognize mismatches has been key in the Spurs’ slow-paced offense.

His defense is just as impressive. On that end, his size and speed are even more deceptive. He keeps his hands up but doesn’t fully extend his arms. Then, when he moves to block a shot or pass, every inch of his 7’3” wing span unravels like a yo-yo. Kyle is tied with Danny for the most steals on the team with 25. He also has the fourth-most blocks.

We may see Davis Bertans or Rudy Gay get the start at the small forward position in the coming week. But no one else can do what SloMo does.

· If you didn’t already believe Joffrey Lauvergne was a barbarian, Sunday’s game sealed the deal. The tip of his middle finger was very much pointed in the wrong direction after a defensive scrum, and he made it through a possession without batting an eye. The Spurs trainer reset the finger during a timeout, and he was good to go. Then the barbarian fouled out.

· David Bertans was the only one who had it going from long distance on Sunday. He sucked the life out of Chesapeake Energy Arena when he hit a corner three to cut Oklahoma City’s lead to three with two minutes left in the 3rd quarter. I was both excited for the Spurs and terrified for the Thunder.

· The Spurs JV squad suffocated OKC’s big three, holding them 39 points on 15 of 49 shots. This was a character-building loss for the young guys. When Kawhi returns, the team’s defensive depth will be absurd.

· It wasn’t Brandon Paul’s night, but his aggression was encouraging. He was consistently creating his own looks, and he continues to out-hustle most other players on the court. He just needs to accept that fact that he’s not going to get many calls as a rookie.

Joffrey Lauvergne said he’ll need to wear some sort of split for a while. The ligament is damaged and his middle finger can’t straight out. Bertans: “It’s OK. He doesn’t need to shoot anyway.”

“I couldn’t take it. I’m a wiener.” – Sir Gregg Popovich, about turning away from JoLa’s finger injury.