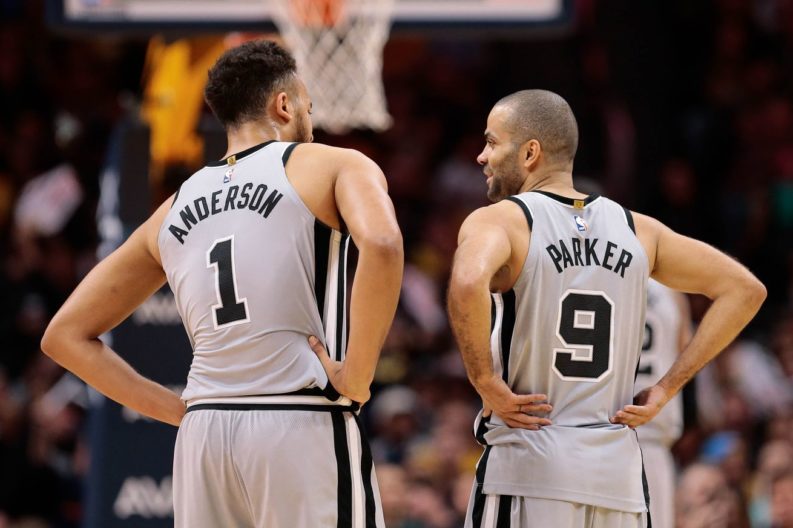 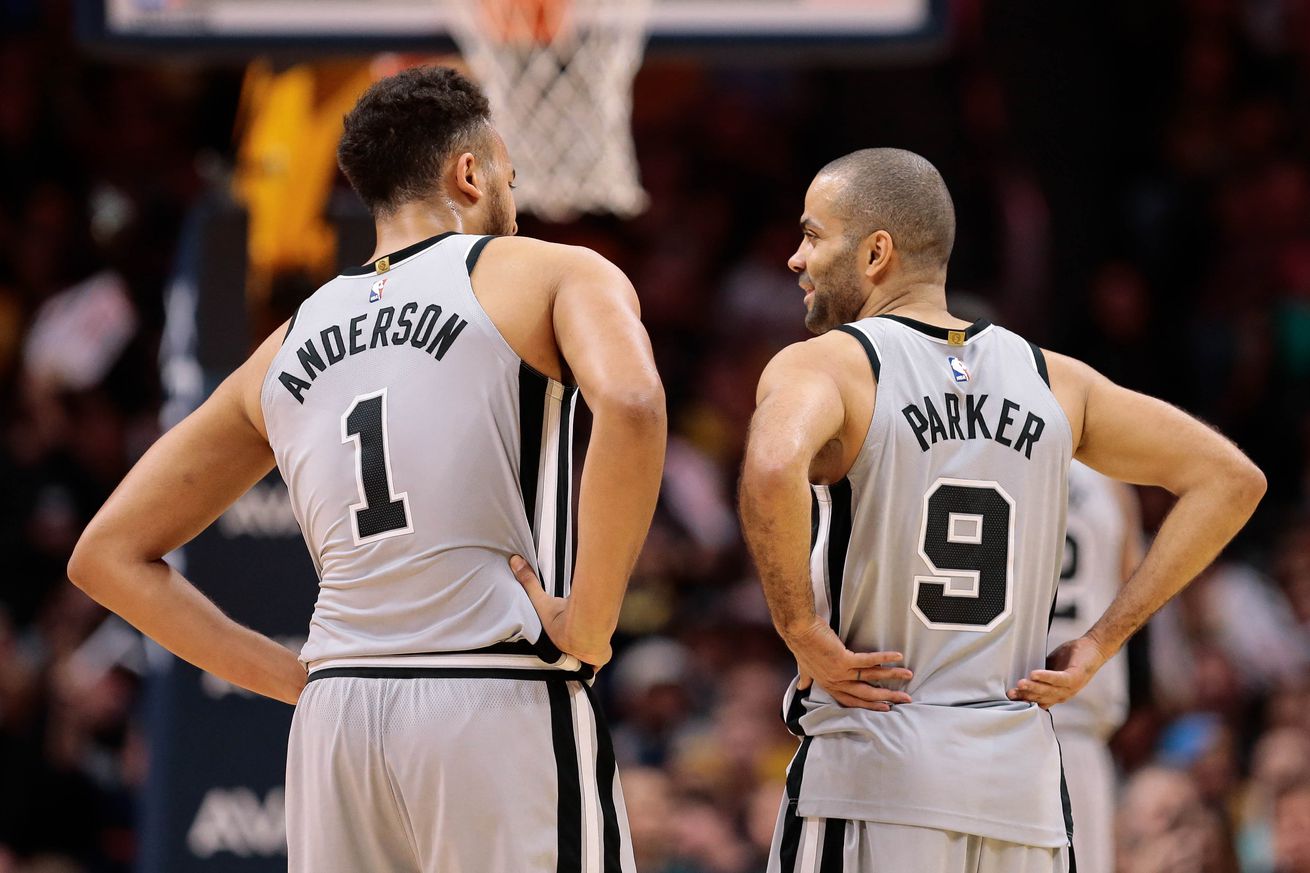 Both players had their detractors, but both will be missed.

Friday was a busy day for the Spurs. First, the greatest point guard in franchise history decided to leave the team that drafted him for a better opportunity at playing time. Then, Kyle Anderson signed an offer sheet that is almost certainly too rich for the Spurs’ blood.

Let’s take a look at both developments and what they might mean for the Spurs going forward.

Parker’s departure was predictable but could be harmful

Parker’s decision to continue his career elsewhere is not really a shock for anyone that has been paying attention. He mentioned that it was a possibility when asked last season. It became more likely when he essentially lost his minutes in the playoffs. With Dejounte Murray penciled in to start and Patty Mills providing a perfect change of pace of the bench thanks to his contrasting skill set, Parker was probably going to be the Spurs’ third string point guard. For a guy that is used to starter’s minutes and wants to play for a few more seasons, that’s not an acceptable role. No one can blame Parker for wanting more and going to a place that can provide it.

While not entirely surprising, Parker’s departure is obviously a huge deal for the franchise, for sentimental reasons. It also could have an impact on the court and on the team’s future decisions. Without Parker, the Spurs are going to have to either sign a veteran third point guard or rely on Derrick White to man the spot at times or in case of an injury. White has been terrific in Summer League so far and could be up for the task, but that’s not really the ideal role for him. As for Mills, with Parker now in Charlotte he becomes an essential piece of the roster. He was never likely to be traded, but now that possibility — along with the cap space it could have opened for next season — seems gone completely.

I’ve seen some people wonder if Parker being gone could help as the Spurs try to patch things up with Kawhi Leonard. After all, it’s been reported that Tony’s comments about his injury being worse than Leonard’s was a major reason for Kawhi’s displeasure with the team. I don’t buy it. I doubt Tony’‘a absence will change anything. There’s no way such a huge decision actually hinges on a perceived diss from months ago. We have to assume that Leonard just wants out, especially in light of the new reports coming out. If that’s the case, Parker’s decision won’t have any significant impact on what ends up happening with Kawhi.

Some might think Parker being gone is actually a good thing. I’m not so sure I agree. Fortunately it seems like the parting of ways was amicable and both the Spurs and Parker will get what they want out of the split. That’s the best we can hope for when a legend departs.

The Spurs face a tough decision on Slowmo

Anderson signed a four-year, $37 million offer sheet with the Grizzlies. That seems like way too much money to pay for a guy who probably shouldn’t be a starter on a good team. At a glance, it seems like Memphis overpaid in order to pry him away and the smart thing to do is let him go. There’s no reason to tie up cap space from future seasons on a player who doesn’t move the needle this year and won’t likely make a big enough jump in production in the future to justify the opportunity cost of keeping him. After thinking it over more intently, however, now I’m not sure letting Anderson walk is such an obvious move.

There’s a lot more to basketball than shooting, and Anderson is good at almost all of it. He can rebound, score in a pinch, find the open man and defend. With the league demanding positional flexibility, a guy that can realistically play both forward spots is valuable. Then there are the little things. While he might have some of the slowest feet of any NBA wing, he has terrific hands, and is capable of getting steals and fueling a transition offense. For a guy with a below-average first step, he sure gets to the line a lot. His in-and-out dribble gets defenders off balance and his pump fake is weirdly effective. He knows how to play. Those skills do enough offset a lot of the damage his reluctant and subpar outside shooting does to the spacing in the half court.

The Spurs could also have trouble replacing him, not just as a rotation player but as a prospect. We still don’t know what will happen with Kawhi Leonard. If he’s traded for a couple of young forwards, the loss of Anderson won’t be a huge issue. If the haul is different, the Spurs could be losing a reliable starter. Anderson is also 24 years old and has some untapped potential. The shot won’t likely ever come, but if it does, Anderson could easily be an elite sixth man or fifth starter on a contender. R.C. Buford called him a part of the future as recently as in draft night. This is a time to acquire and cultivate young talent, not lose it. Future cap space is intriguing, but so is Slowmo.

I’m still leaning towards believing the Spurs should not match the offer sheet. The money is a little high, four years is too long and the trade kicker it includes might make his deal hard to move. But if the Spurs decide to keep Anderson, I could understand their reasoning.