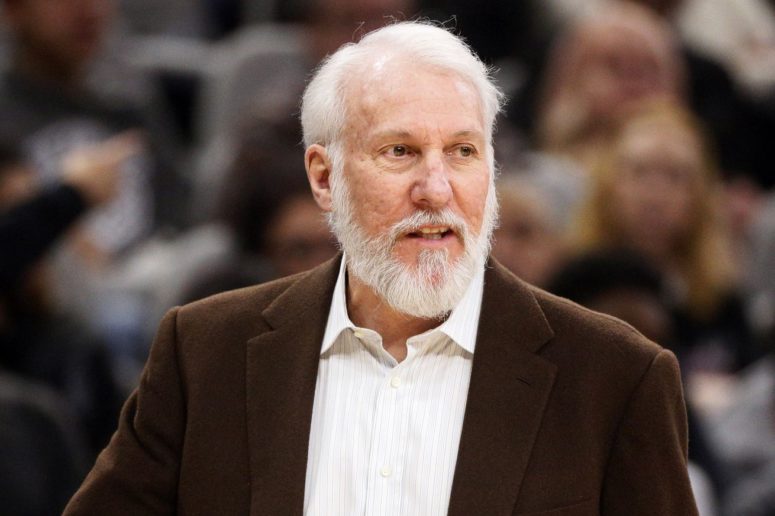 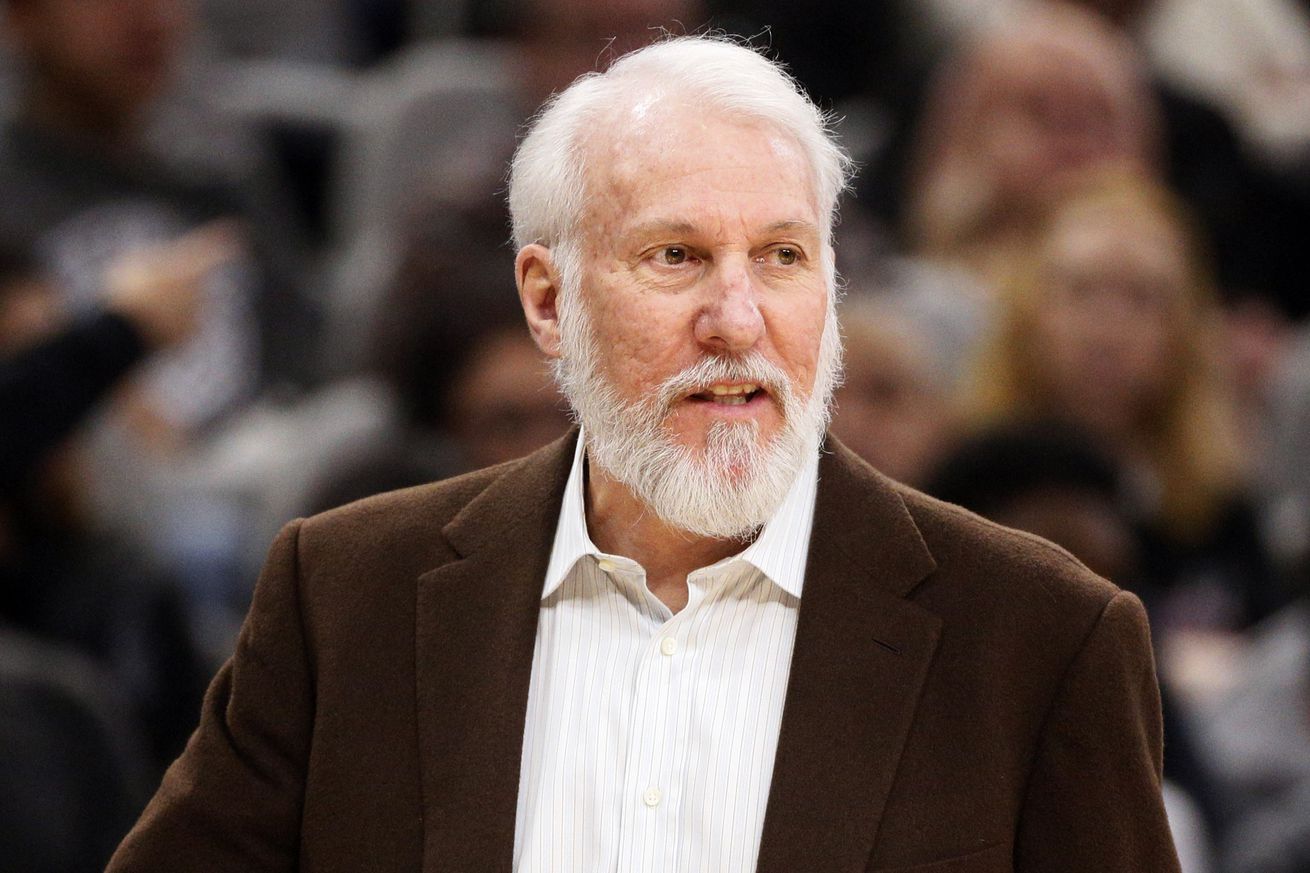 A man’s choice not to shave doesn’t always say something important about him. Then there’s the coach of the San Antonio Spurs.

I suggest that the seasons since San Antonio’s last championship should be remembered as the Bearded Pop Era.

Assuming he hasn’t shaved after recording his heartfelt contribution to the video message to Monty Williams for his Sager Strong Award, this is the longest active streak of Pop’s face blanket. While many would agree that Kawhi Leonard and his cornrows have become the Spurs’ most consistent stylistic presence on the team, since 2014 Pop has fully adopted a look so simultaneously fearsome and diplomatic that it’s become as much the Spurs’ identity as Kawhi’s braided waltz to superstardom.

Bearded Pop signifies a change, both physically and philosophically, from Naked Face Pop. And there’s a lot to unpack.

First off, the beard doesn’t appear to be the result of the recent hirsute trend. Sixty-eight year old men don’t abide by mainstream fashion. NBA coaches are also historically well-kept, rarely growing facial hair beyond the occasional goatee, or mustache (e.g. Mike D’Antoni, who wore one regularly until losing a bet with his wife). And right now, Pop’s bristles are the most distinguished of all three active bearded NBA head coaches.

Neither Jason Kidd nor David Fizdale, have beards more whimsical and handsome than the five-time NBA champion. There’s also a variation of Bearded Pop—Nose Bandage Bearded Pop—that probably instills the fear of God into opposing players and their families.

Just look at the man:

Bearded Pop is borne of numerous failures and unrelenting success. It’s grown from pure Kobe tears, critical Dirk Nowitzki fouls and Ray Allen buzzer beaters. Pop’s facial hair was premature in 2008, when he grew a Santa beard that led to more jokes and online beard-appreciation forums than on-court success. His current beard has defined an era of his career that coincides with a slight shift in the way he conducts himself with the press and on the court.

Sometimes it’s more noticeable than others. Pop talks about Trump now. Everyone and their mother have written about his repeated comments, and we all know what he said. But the most remarkable part about it was that, for the first time since the Tony Parker/Eva Longoria debacle, the Spurs made headlines for something unrelated to basketball. It was totally out of the team’s long-standing philosophical trajectory: “Basketball is just a part of life, and it’s the only part of my life that I’m prepared to share with you.”

Beyond that, Bearded Pop broke out again this season when he indirectly compared Zaza Pachulia’s dangerous close out on Kawhi to manslaughter; a second-degree felony for which you can serve up to 20 years in state prison.

While those comments were probably planned as fuel to the depleted Spurs, the fact remains he has gone off like we’ve never seen him before. He went full head-vein Pop, in front of reporters. That interview made me flex my entire body. I thought someone was going to either die or spontaneously combust.

His newfound comfort in front of the cameras, I think, stems directly from the fifth ring, but is borne out of a moment both sublime and humbling.

There Pop was, taking time for himself to appreciate everything that the team and he had accomplished, and afterwards being confronted with the fact that he looks nearly bald even though he still grows a good amount of hair on the top of his head. So he grew it out, parted it on the side, and then went straight back with it (and even had a funky in-between phase). And while all this was going on, the beard made a comeback, adding definition to his jawline and making him look more authoritative than ever.

The Retribution Title was a big moment in the Spurs’ overall narrative, especially in regards to Tim and Pop. The release of that pressure changed them both. When Pop unveiled the Stubble Beard for the 2014-15 season, the legendary duo appeared more at ease. Not necessarily less motivated — just at peace with their relationship with the game, like the way Manu has played the last two seasons.

Now that Tim’s jersey is in the rafters, it would be natural to assume that Pop has changed even more. The end of the road (gulp) must be somewhere in his mind.

Every season since 2014, there are more and more examples of Bearded Pop loosening up emotionally. He shed at least one tear in front of the cameras when talking about Tim’s retirement. He playfully raced a cameraman in a hilarious pre-game live shot. He publicly dubbed Kawhi the best player in the world (he is, but it’s not something Naked Face Pop would’ve said aloud). And the same guy who stomped rookie Tony Parker’s heart into the earth — then rebuilt it from scratch — has been publicly dolling out compliments to newer players like candy.

On top of all that, his modified demeanor doesn’t appear to be affecting The Spurs Way. In fact, the team is 183-63 in the Bearded Pop Era. That’s the most successful regular-season stretch for the Spurs, a franchise that is already considered one of the best in the world.

Each season of the Bearded Pop Era has seen the team undergo drastic roster changes. They added LaMarcus Aldridge and slowed their overall pace. But beyond Tony and Kawhi, there hasn’t been much consistency in the flow of the offense. The most consistent figure has been Bearded Pop.

The era will end the day a razor removes his crumb catcher, but we should all appreciate the face fluff as much as the franchise built around it.