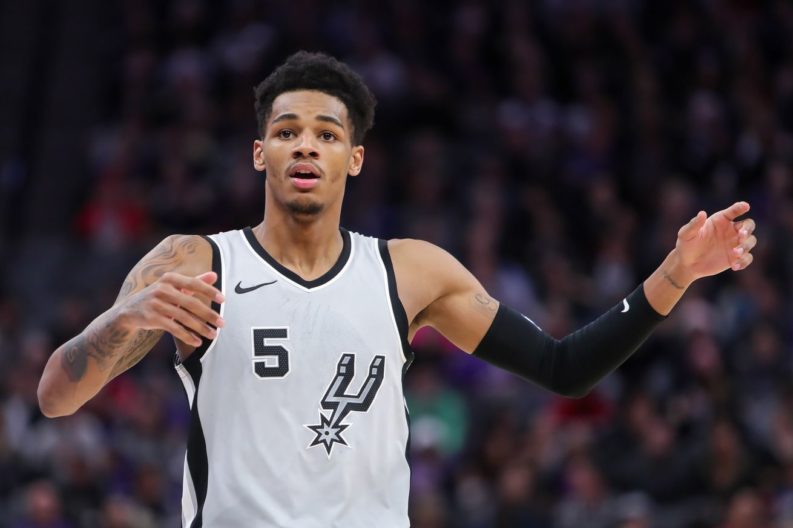 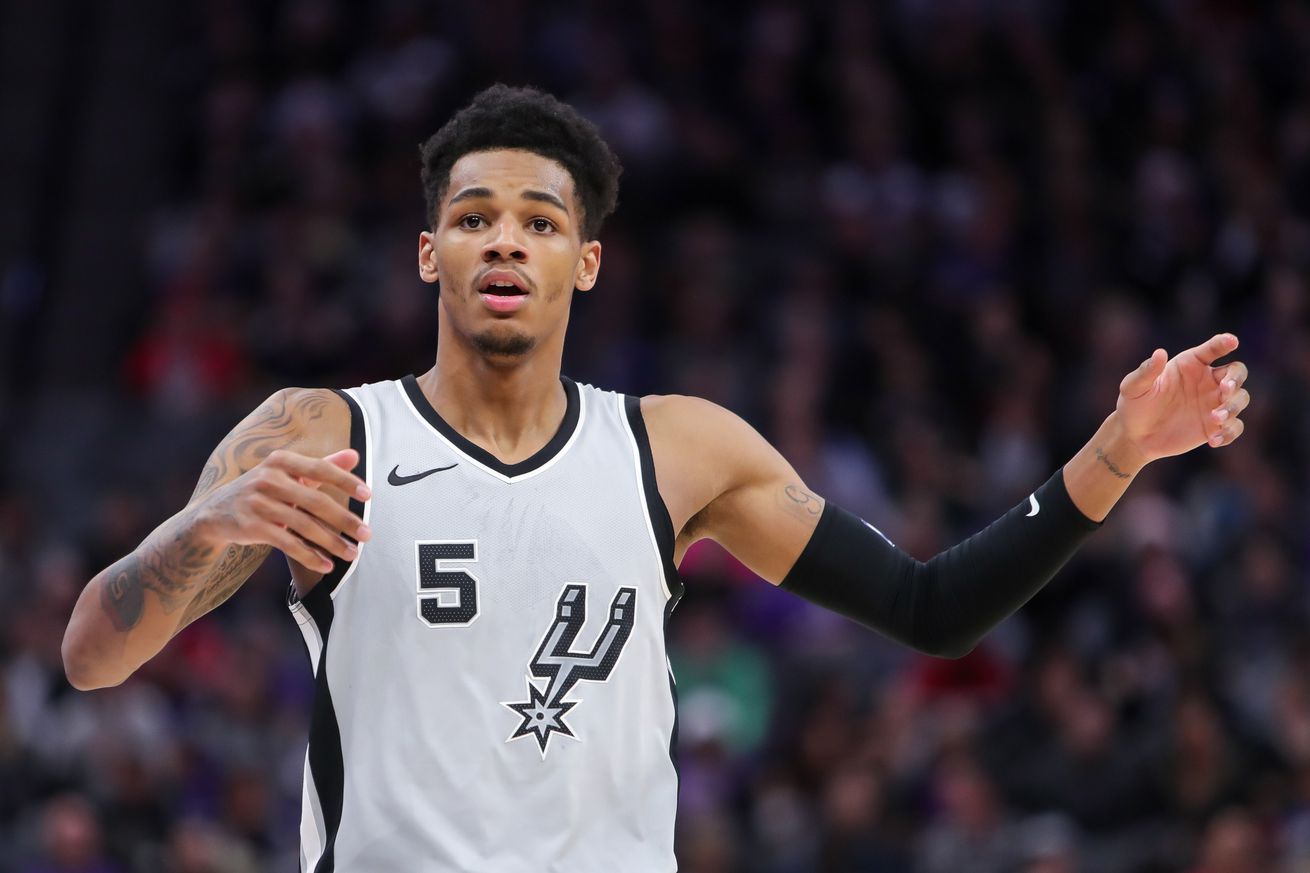 Murray may be out for the season after suffering a torn ACL, which isn’t good for the San Antonio’s playoff chances.

This is the news we’ve been dreading since Dejounte Murray went down on a non-contact play against the Rockets on Sunday: the results are in and the third-year point guard has suffered a torn ACL. He could miss the entire season.

This is a huge blow to San Antonio’s playoff hopes. Murray was expected to take a leap this season after spending the summer honing his mid-range jumper. He was also the team’s best perimeter defender. His skill set and physical profile were unique. He can’t be replaced.

So where do the Spurs go from here? What does this mean for Murray? Let’s take a closer look.

Murray has youth on his side, which matters a lot

We don’t know much about how doctors are going to treat Murray’s injury at this point. The likely bet is that he’ll get surgery. There’s no timetable for his return, but he could realistically miss the entire season. This is not a minor setback. It could have a profound and lasting effect on Murray’s career. We’ve seen players go down with similar injuries and never be the same. Sports medicine has advanced to the point where this is not a career-threatening injury anymore, but it’s still a serious one with a long recovery time and no guarantees.

Fortunately, Murray is young, which appears to be a huge factor in getting past the injury without suffering lasting consequences. Both ESPN’s Kevin Pelton in 2013 and In Street Clothes’ Jeff Stotts in 2015 found that younger players tend to rebound better from ACL tears than older ones. Murray is 22 years old. He’ll also get the best treatment and all the time he needs to heal. Kawhi Leonard’s potential misdiagnosis fiasco aside, the Spurs have one of the best medical staffs in the league and have zero reason to rush Murray back. They are not contending for a title with or without him and it’s unlikely they value making the postseason more than getting a fully healthy Murray back.

There are no silver linings here. The Spurs do have some leverage to negotiate an extension with Murray next offseason if he misses serious time, but I’m sure they’d rather have him healthy now. The only positive is that Murray is young and could still become a premier point guard after recovering from this injury.

Trading for a starting caliber point guard might be tough

The Spurs have some depth at guard, so a trade is not a must. Still, they could boost their playoff chances by getting a veteran point guard to take over the position for a year. Unfortunately, that might be hard to pull off, considering the lack of talent still available in the free agency pool and on the trade block.

Jamal Crawford is not an option. He’s a putrid defender and an inefficient gunner who needs touches, a terrible fit with the other pieces on the roster. The Spurs could try finding someone in Europe, but Euroleague rosters are mostly set and some of the best veterans, like Panathinaikos’ Nick Calathes, don’t have NBA out clauses. That leaves trades as the best chance to nab a veteran. A George Hill for Pau Gasol deal could make some sense, if the Spurs attach the pick they received from the Raptors in the Leonard trade to compensate the Cavaliers for taking on future salary. A similar package might work for Jeff Teague, if the Timberwolves receive a point guard in a Jimmy Butler trade, though the Suns also appear to be interested in Teague and could put together a better offer.

There really are no ideal fixes available. Expect the Spurs to be careful not to overpay for a minor upgrade or commit future assets on a trade, since there’s so much uncertainty about how good they’ll be in the next few seasons. The best play might just be to use the second two-way slot on a point guard for emergency depth and trust in the players already in San Antonio.

Mills should be the new starter

It’s tempting to say the Spurs should start Derrick White over Patty Mills. His length is similar to Dejounte, which could allow for seamless switching. He’s not great at anything at this point, but he can guard a little, shoot a little and create out of the pick and roll better than anyone on the roster except DeMar DeRozan. Giving him the starting spot would also allow Mills to remain a part of a bench unit that tends to move the ball more and play faster, factors that benefit Patty’s play. We’ve seen Pop opt to keep his rotations in place in the past instead of promoting the obvious candidate after an injury. It wouldn’t be the craziest thing for him to give White the starting spot and keep Mills as a sixth man.

In this situation, however, starting Mills feels like the correct decision. It would bring balance to both the starting lineup and the second unit. Patty could act as a spot up shooter and secondary playmaker around DeRozan and LaMarcus Aldridge instead of overstretching himself trying to be a primary creator or scorer. In that small offensive role, similar to the one he used to play next to Manu Ginobili, his efficiency could once again rise. Defensively, he’ll struggle against the best point guards, but likely so would White. By keeping White in the second unit Pop would also be able to limit the minutes Mills shares the floor with Marco Belinelli and Bryn Forbes on tiny, defensively-challenged backcourt duos.

Then there’s the question of “corporate knowledge.” Mills is the longest tenured Spur. He has Pop’s trust and knows what he wants from him. He’s also a veteran who is not trying to figure out where his place in the league is, unlike White. At least to start the season, having Mills out there from the jump should keep things copacetic and help DeRozan and Aldridge develop some chemistry. That should be the Spurs’ first priority, as it’s a prerequisite for making it to the postseason. If things go terribly and the playoffs become a pipe dream, then — and only then — should the focus shift towards player development.

Hopefully it doesn’t come to that, but Dejounte Murray’s injury has made it a very real possibility.