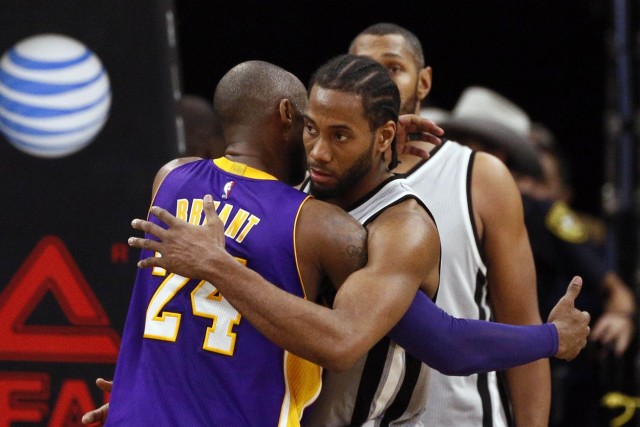 Kobe Bryant doesn’t seem to have many character traits as a basketball player that would appeal to Gregg Popovich. However, Pop is clearly a fan of Bryant, to the point where he wants him to counsel Kawhi Leonard. Queue the reckless speculation. After Kobe Bryant‘s farewell game at the AT&T Center, he had a number of interesting things to say. Chief among them was this bit about what he and Gregg Popovich said to one another:

We had a chance to catch up and we talked for 15 minutes. After the game we talked about Kawhi a little bit and he wanted me to stay in his ear a little bit, talk to him a little bit, and I definitely will. He has a tremendous amount of potential and he’s only going to get better so if I can help him out in that regard I certainly will.

Now this is fascinating to me for several reasons. On the surface, knowing what we think we know about Pop, one would think that Bryant is, in most aspects, the antithesis of what he looks for in a player…..Read More