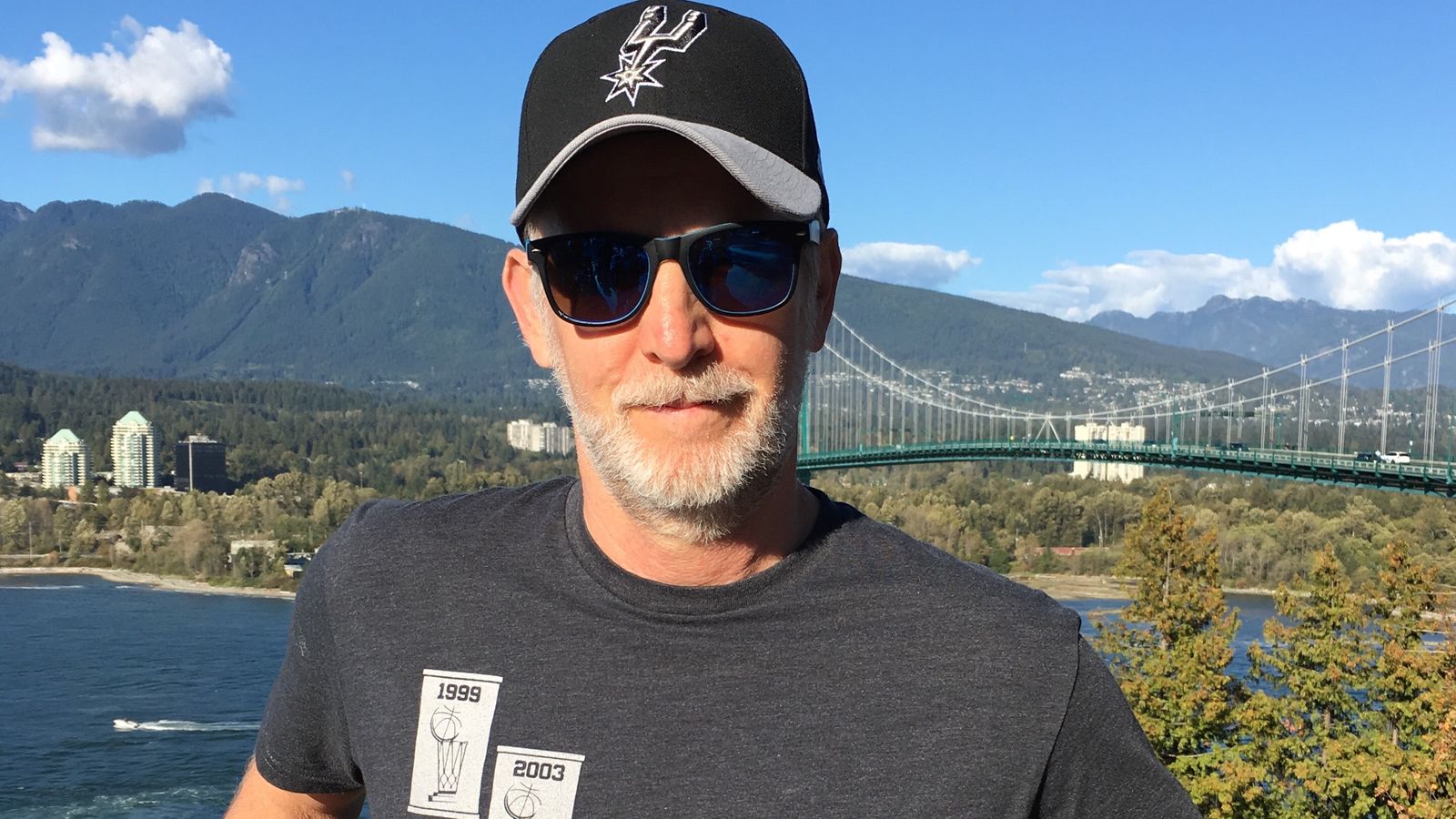 When I travel, I often wear Spurs gear. A Spurs baseball cap when flying, a Spurs shirt when wandering around. Sometimes both.

I have discovered that fellow Spurs fans, or NBA fans in general, often comment. As they say, a great conversation starter, especially because the organization is so respected almost everywhere one goes. (Note the use of the word “almost”.)

For instance, this past June, I was in Cancun for my son’s wedding. The day before the wedding, I saw a guy with Duncan #21 jersey in the pool. I was wearing the classic Spurs Five Banners shirt. As I walked by the pool, the Duncan Guy shouted “Go Spurs”.

Naturally, that led to a conversation. He tells me that he owns the Five Banners shirt I was wearing, plus “Pop for President” plus the new “Let it Fly” one (my new favorite). When I told him I write occasionally for Pounding the Rock, he was thrilled to meet a Pounding the Rock writer — PtR is one of his five “favorites” on his computer. He even remembered my piece this season about my visit to San Antonio to see my first Spurs home game.

He then shouted out to his entire group (also basking in the pool) that a “real Spurs writer” is right here!! All in all, a good day for both of us.

Interestingly, a recent trip to the opposite corner of the continent had the opposite conclusion. The weekend after Labor Day, we flew up to Vancouver, British Columbia for a four-day weekend. In order to make packing easier (everything fit into a carry-on), all my color combinations were silver and black, including my Spurs hat.

Remember that Vancouver was an “NBA City” not that long ago – the home of the Vancouver Grizzlies. From 1995 through 2001, the Grizzlies played in Vancouver. Despite not being very successful on the court, the Grizzlies had a decent fan base, once averaging over 17,000 per game.

However, my trip showed what happens when a city loses a franchise – they no longer care as much about the sport.

Indeed, during my four days in Vancouver, not a single person noted my Spurs gear. Even more amazingly, I didn’t see a single person – even kids – wearing any NBA gear. No Curry #30, Lebron #23, or Kobe #24. Not even a Steve Nash jersey, even though he grew up in Vancouver.

All that being said, Vancouver is a beautiful, clean and friendly city with great food. One of North America’s best ski areas, Whistler Mountain, is just out of town. Everyone should visit Vancouver at least once. Just don’t bother expecting to strike up a conversation with the natives simply by wearing the silver and black. Hockey gear would serve you much better.

Source: What a Spurs fan did for summer vacation – Pounding The Rock