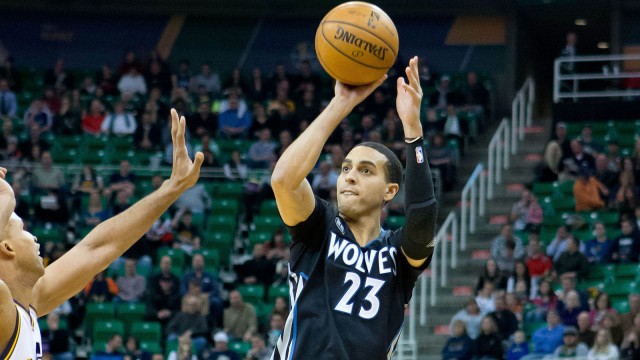 There are five active NBA players who have made more than 1,000 3-pointers with an accuracy of 38 percent or more. Two of them, Stephen Curry and Dirk Nowitzki, are easy guesses. Then there’s Hawks sharpshooter Kyle Korver and 16-year veteran Mike Miller.

It’s Kevin Martin. On Wednesday, he became a Spur.

One of the league’s most efficient scorers over the past decade, Martin joins the Spurs after spending the first part of 2015-16 in Minnesota, where he averaged 10.6 points in 21.4 minutes.

“I’d say I’m a veteran guy that has a lot of experience,” he said. “I’m somebody who can knock down shots, take pressure off some other guys and be a good teammate.”

Martin has averaged 17.6 points per game and .385 from three-point range (1,130 total 3-pointers) for his career, while playing in Sacramento, Houston, Oklahoma City and Minnesota……Read More