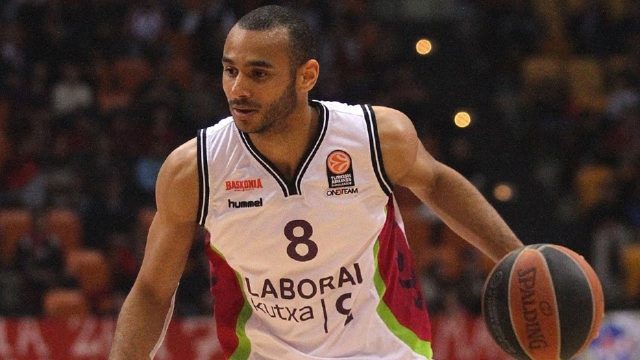 Davis Bertans and Livio Jean-Charles are on reportedly on their way to San Antonio but there’s one foreign prospect the team has stashed away who might be ready to make the NBA leap – guard Adam Hanga.

In case you don’t know who he is, here is a quick run down. Hanga, 27 years old, is a Hungarian 6’7″, 195 lbs shooting guard who plays overseas for Spanish team Laboral Kutxa. He was drafted in 2011 as the 59th pick in the draft by the Spurs. He began his career by Albacomp in 2006, at the age of 17, averaging 17.6 points per game in his final season with the team. He was recently named to the All-Spanish League second team averaging 9.2 points, 4.1 rebounds as he helped guide Laboral Kuxta into the Final Four of the Euroleague tournament.

Hanga is a lengthy shooting guard with a 6’8″ wingspan he uses to wreak havoc on the defensive end by blocking shots and stealing passes from the opposition. There are questions about whether or not Hanga is truly NBA ready; I’m here to tell you that he is in fact ready……Read More