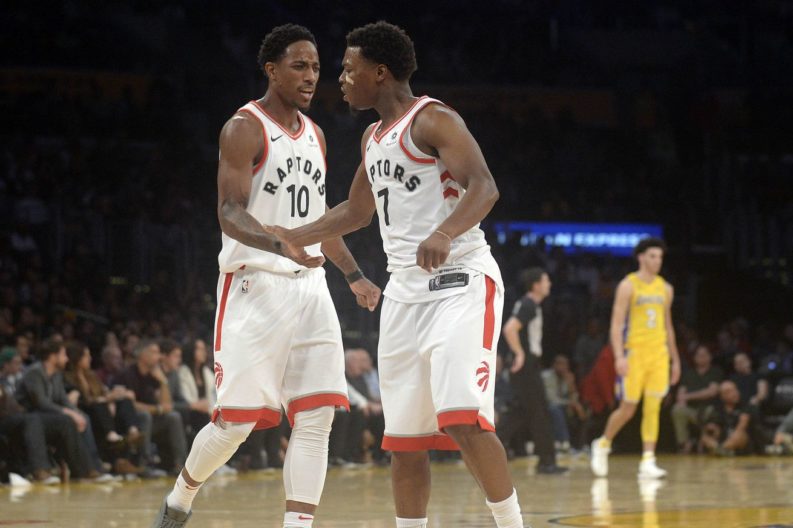 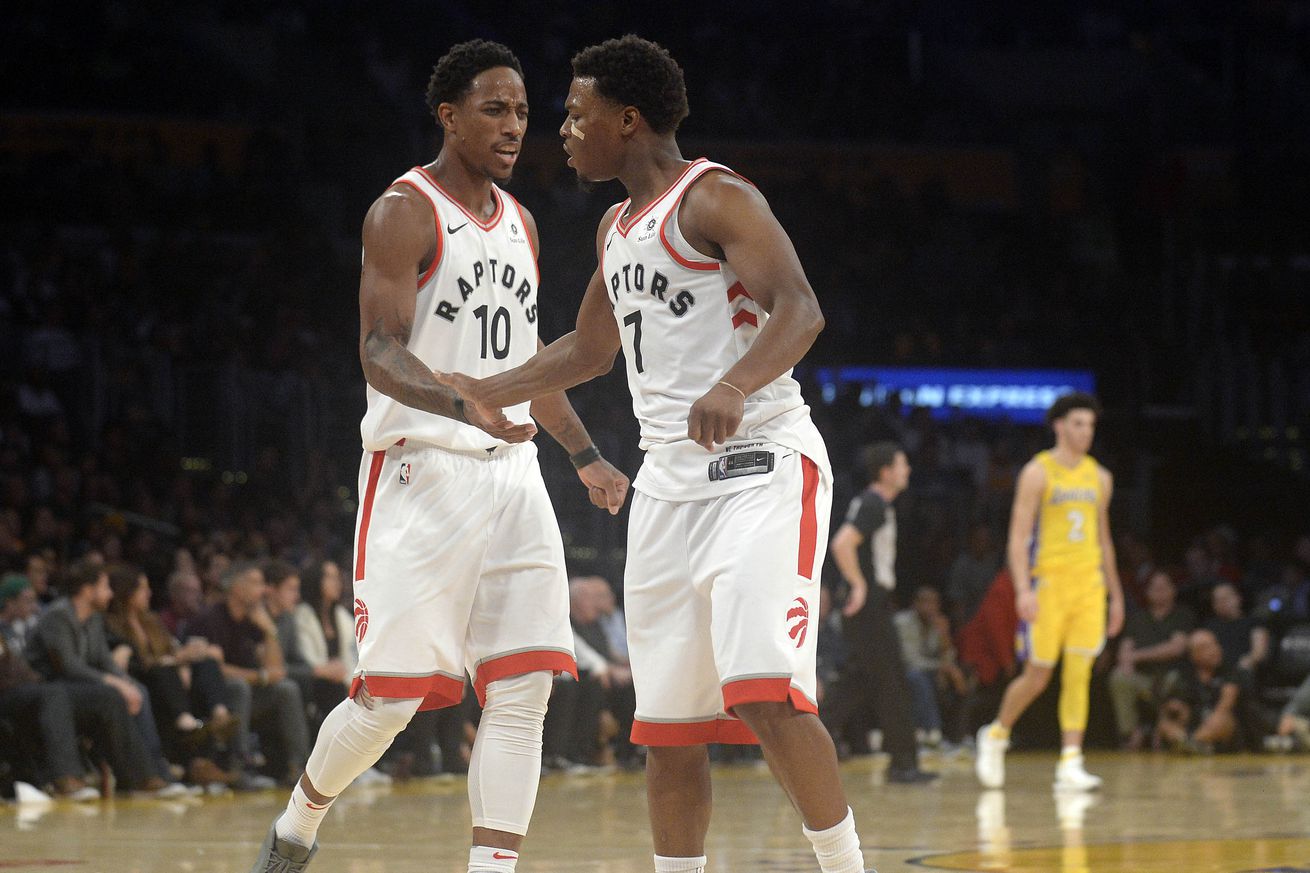 Lowry is still performing their pregame handshake with…no one.

Kyle Lowry and DeMar DeRozan spent 7 seasons playing together for the Toronto Raptors, taking a franchise that previously struggled to keep stars once they reached their primes to new heights, including the top seed and Eastern Conference Finals last season.

However, their well-documented friendship got thrown for a loop when DeRozan was unexpectedly shipped to San Antonio for Kawhi Leonard. Neither Raptors stars were happy about it, and it would seem Lowry still misses his back-court buddy in a way none of us can explain. Here he is, still performing his pregame handshake with DeRozan’s spirit prior to their season opener against the Cleveland Cavaliers:

Think Kyle is missing DeMar? He’s still doing the handshake routine they used to do before a game pic.twitter.com/VcJv7yRVAn

The more you watch it, the sadder it gets. The gesture is subtle, but it’s there. With a quick swing at the air and slower-than-usual trot out to the court, Lowry is telling his good friend that he’s still there in his heart prior to putting up a team-high 27 points, 8 assists in their season-opening win.

DeRozan probably had similar feelings prior to his Spurs debut. There is no way of knowing if he performed a similar gesture prior to the game, if he has found a new handshake buddy with the Spurs, etc. However, we do know one thing is sure: once he got out there on the Spurs court, he knew this is now his team. It was obvious from the outset that he is already buying into the Spurs way, and like Lowry he too led his team to victory.

One final sign that DeRozan is ready to be a Spur (besides his impressive opening night performance) was this exchange with LaMarcus Aldridge following their victory:

Love this exchange between DeMar and LaMarcus at the end of the game. Haven’t seen that kind of love outside of Patty Mills in awhile. Good win against a solid team. Let’s get the next one. #GOSPURSGO pic.twitter.com/SvjQ230VmQ

This roster may be short-handed and has its flaws, but they are all ready to work together and leave their mark in Spurs history, even if all that means is keeping their historical playoff streak alive. After the last couple of seasons of un-Spursian inner turmoil, it’s one of the best things we can ask for. I don’t know about you, but I’m thrilled the new season is finally here!